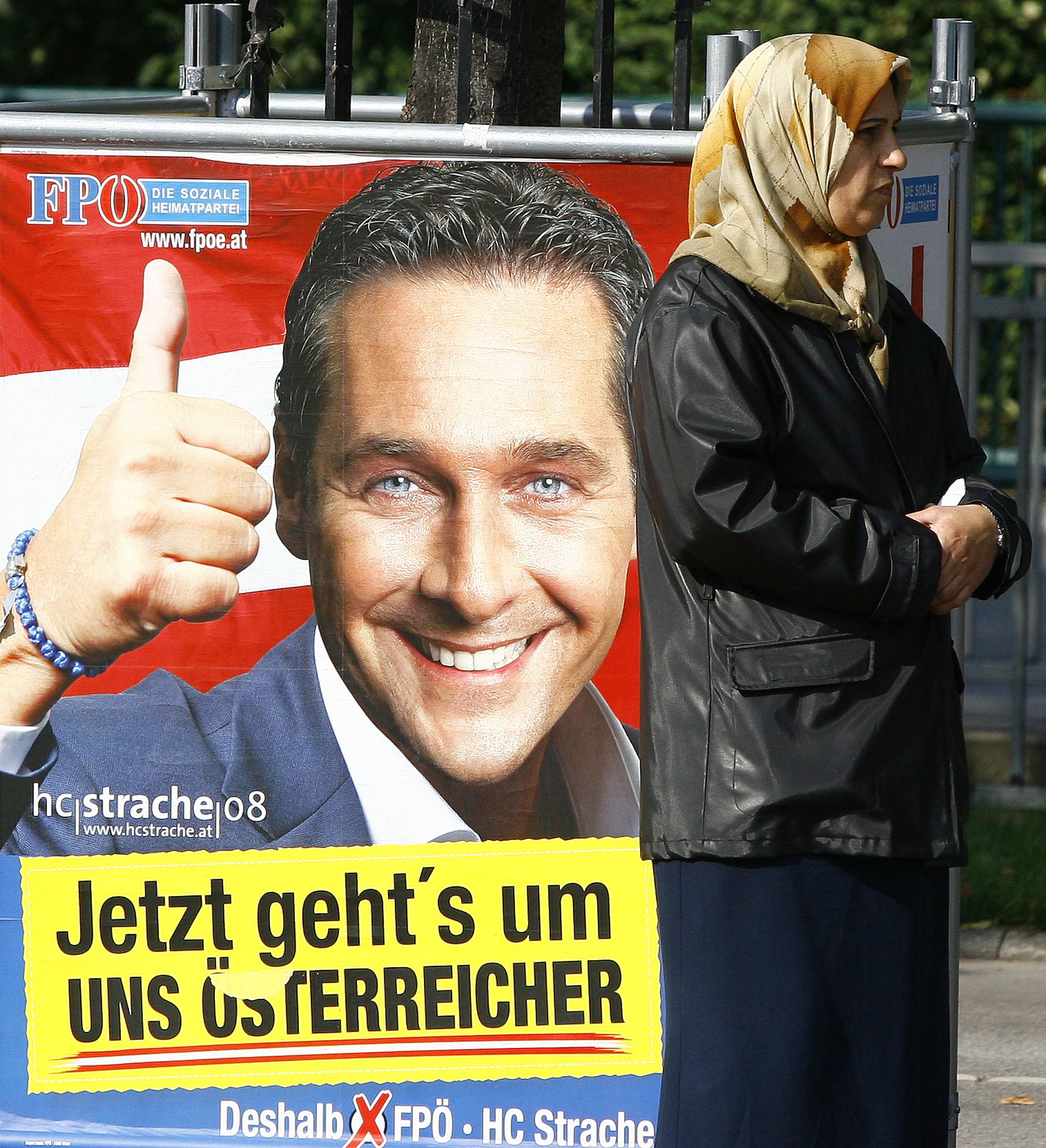 Outside the dim stairwell of a huge concrete housing block, Hueseyin Karakoe pauses from sweeping up cigarette butts in the cold and says he is glad Austria has been his home for the past 25 years.
But after the collapse in July of a left-right coalition, Turkish-born Karakoe is fed up with feuding politicians in the run-up to a parliamentary election on Sept. 28.
"I want to vote for a party that does more for workers. Everything is more expensive now - bread, food, everything. Wages are too low. That's what I care about," said Karakoe, 46, a naturalized Austrian citizen.
Austria is one of the European Union's most prosperous nations, but with its economy slowing and prices rising, the election campaigns are not just focused on Vienna's cafes and concert halls.
Its public housing projects, home to one third of voters, are the battleground for governing Social Democrats and opposition far-right parties in a campaign dwelling on economic worries, resurgent inflation and - for some - immigration.
The projects, some going back as far as the 1920s and many named after famous European labor leaders and Social Democrats, symbolize the "Red Vienna" despised by rightists who say the left allowed too many immigrants to secure Austrian citizenship without even learning German.
And like many in Vienna, the project where Karakoe empties bins and sweeps the streets is now also home to a mix of native-born Austrians and immigrants of Turkish and Yugoslav descent, the vast majority of whom carry Austrian passports.
Polls predict the populist far-right Freedom Party headed by Heinz-Christian Strache, and a splinter party, Alliance for Austria's Future founded by Freedom's former leader Joerg Haider, could mop up around a quarter of votes between them - a 10-point gain from two years ago.
With Austria's main parties - the Social Democrats and center-right People's Party - looking set to win a combined share of less than 60 percent of the vote for the first time since World War Two, either could be a coalition partner.
Halt to immigration
Freedom - which as part of government in 2000 earned Austria rebukes from fellow EU states worried about the party's anti-immigrant agenda - has softened its stance, coming closer to the center-left with calls for measures to ease the pain of inflation, and slogans such as "Social, not socialist!"
But it still demands a halt to immigration and a ministry for repatriating foreigners: "If you want an apartment, all you need is to be wearing a headscarf," Strache said earlier this month, accusing Social Democrats of making public housing more accessible to immigrants than to native Austrians.
Similar tensions are rippling across other parts of Europe as a slowdown in growth and increasing unemployment and inflation take hold, but Austria - whose 8.4 million population includes about 1.4 million people with an immigrant background many of Yugoslav or Turkish origin - has long been sensitized.
Under Haider, the Freedom Party won enough votes to form a coalition with the conservatives that lasted from 2000-2005.
Anti-Muslim and anti-Semitic sentiment is not uncommon, if rarely public in the country which only recently acknowledged it was a willing part of Hitler's Third Reich.
A recent poll by the GfK market research group showed that after Britain, Austrians were the most concerned about immigration and integration in Europe, with one in five rating it as a top worry.
"Austrians fear foreigners having their say, but when it comes down to it, they don't want to admit it," said bookkeeper Ingrid Henidek, 50, outside a row of shops next to the housing block, as small boys raced each other on bikes nearby.
Freedom's broader platform - focusing on social policy issues in addition to the nationalist and immigration agenda - is helping it draw support from a wider base, said Richard Luther at Britain's Keele University.
'Public disatisfaction'
"There is also public dissatisfaction which is linked to inflation and the credit crunch," he said. This comes on top of frustration with the dysfunctional outgoing government of Social Democrats and mainstream conservatives.
The GfK poll showed inflation was the biggest worry for Europeans, including Austrians - ahead of jobs, crime and immigration.
Austrian inflation reached 3.9 percent in June, its highest level in 15 years, and has eased only slightly since. As economic growth slowed to 0.4 percent in the second quarter from 0.6 percent in the previous three months, that is hitting consumers' purses.
Freedom polls strongly in Vienna's grittier working class districts. It captured 20 percent in worker neighborhoods in the 2006 election, compared with 14 percent in Vienna overall and 11 percent nationwide.
Its broader approach also seems to be insulating the party from a possible backlash of fear among immigrants: some dismiss the rightists' association of foreigners with problems.
Austria is 'catastrophe'
"(Freedom) talks a lot but never does anything," said 48-year-old warehouse worker Smail Alilovic, who came to Austria from wartime Bosnia in 1994. "I want there to be more jobs, but I don't know which is the right party for this.
"Austria is my second home, I like it, but recently it's been a catastrophe," he said, referring to food price rises and infighting that paralyzed the outgoing governing coalition.
Another factor at play in this election is the youth vote: Austria has lowered the voting age to 16, and for young people to whom inflation means little, Strache's Web site features images of him in a Che Guevara beret with a rap song, "Viva HC!" downloadable as a cellphone ringtone.
"I know who I definitely won't vote for - Freedom, because it is anti-foreigner," said Burgrahan Bolat, a spiky-haired 16-year old, adding he might go for the Social Democrats.
"It's all just propaganda," he said. "I'm not worried, Freedom is a joke." He went back to playing football with friends.