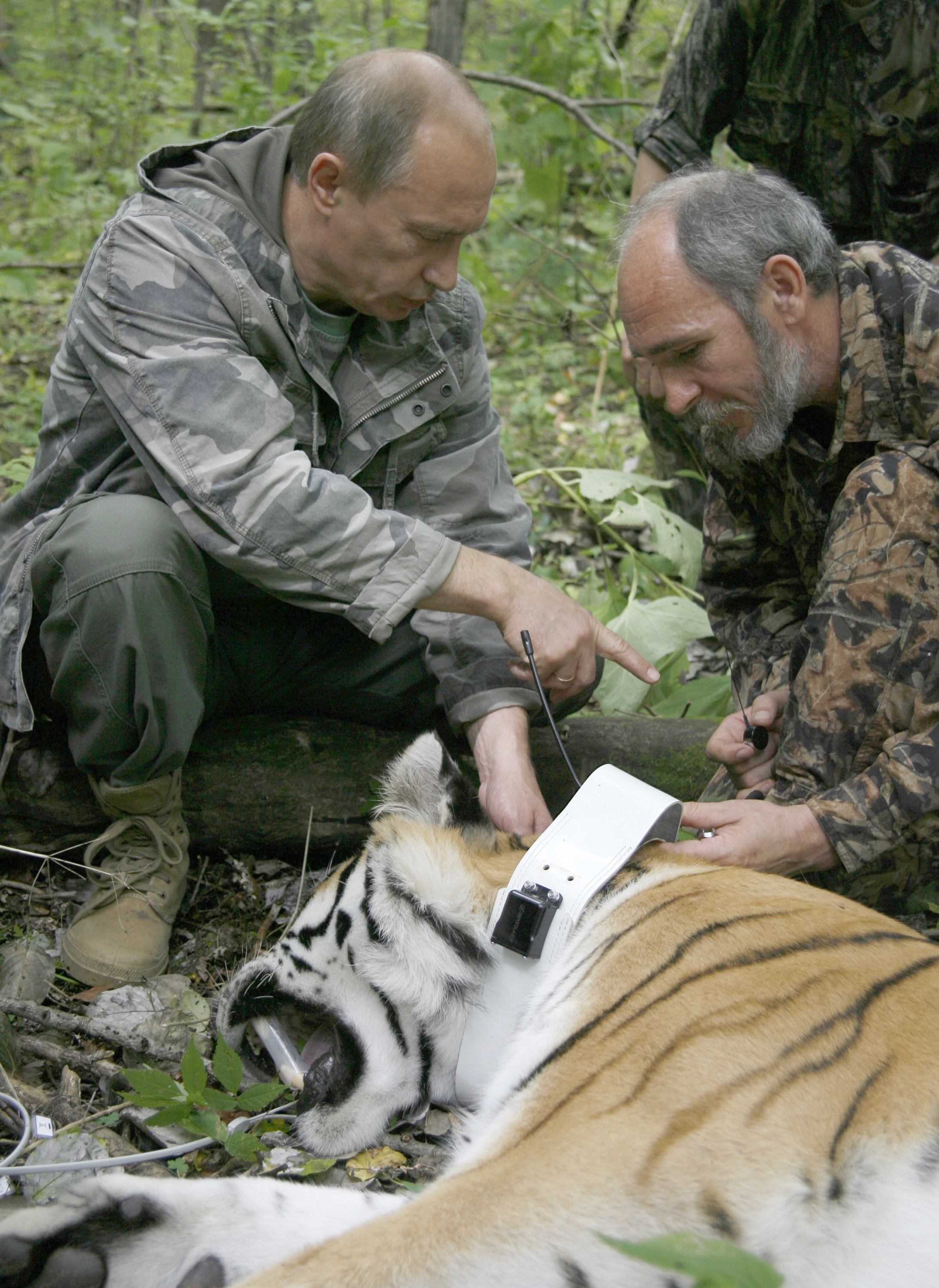 Russian Prime Minister Vladimir Putin was feted by Russian media on Sunday for saving a television crew from an attack by a Siberian tiger in the wilds of the Far East.
Putin, taking a break from lambasting the West over Georgia, apparently saved the crew while on a trip to a national park to see how researchers monitor the tigers in the wild.
Just as Putin was arriving with a group of wildlife specialists to see a trapped Amur tiger, it escaped and ran towards a nearby camera crew, the country's main television station said. Putin quickly shot the beast and sedated it with a tranquilizer gun.
Macho image
"Vladimir Putin not only managed to see the giant predator up close but also saved our television crew too," a presenter on Rossiya television said at the start of the main evening news.
The 55-year-old former KGB spy, who cultivated a macho image during his eight years as the Kremlin chief, was shown striding through the taiga in camouflage and desert boots before grappling with the feline foe.
He helped measure the Amur tiger's incisors before placing a satellite transmitter around the neck of the beast, which can weigh up to 450 kg and measure around three meters from nose to the tip of the tail.
World's biggest wild cat
The Amur tiger, the world's biggest wild cat, has recently pounced back from the brink of extinction to hit its highest population level for at least 100 years, the WWF said last year.
Putin thanked Western researchers for being involved in programs to save the Amur tigers.
"First of all, we must thank our colleagues, Americans, European colleagues for being involved with this during a difficult time for Russia when no-one was paying any attention to this," Putin said.
Environmentally aware
Putin last year made it into glossy magazines across the world by donning combat trousers and baring his muscular torso for photographers while on a fishing trip in the Yenisei river.
Sensitive to a growing environmental movement in Russia, Putin as president redrew a planned oil pipeline route to avoid Lake Baikal and scrapped plans for an Olympic village near Sochi that could have damaged local flora and fauna.