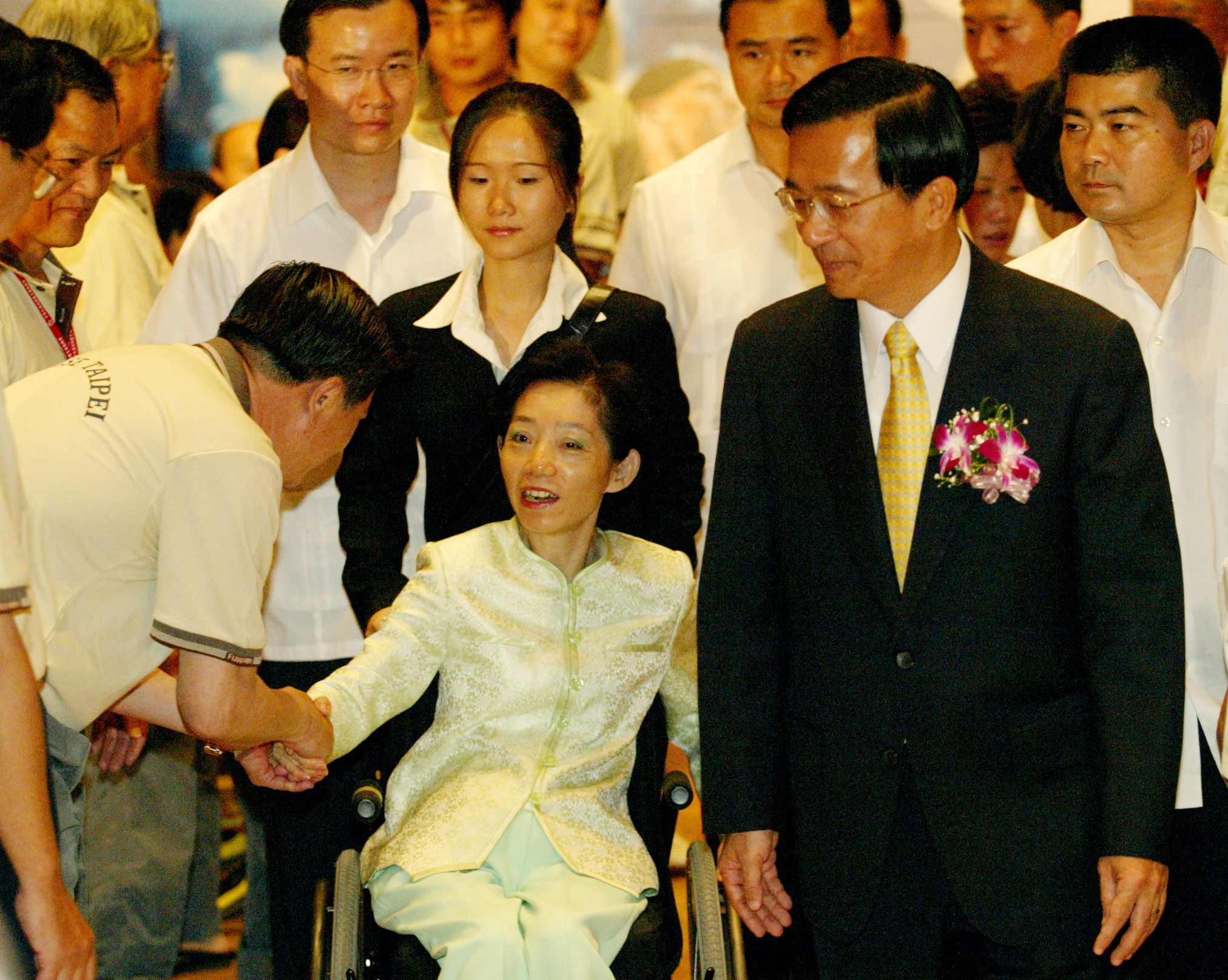 Former first lady Wu Shu-jen said Friday that the US$21 million in overseas banking accounts under the names of her family members came from surplus funds from election campaigns of her husband.
Wu told prosecutors investigating the suspected money-laundering case involving her family members that all the money was obtained legally.
Wu said the US$21 million in the overseas banking accounts under the name of Wu Ching-mao, her elder brother, and Huang Jui-ching, her daughter-in-law, was the balance of political contributions for the campaigns of former President Chen Shui-bian in two mayoral elections and two presidential elections from 1993 to 2004.
"There is nothing illegitimate about the source of the money," Wu said.
Prosecutors from the Special Investigation Division under the Supreme Prosecutors Office said that Wu's statement was at odds with her response Saturday when prosecutors first questioned her at the former president's residence in the posh Hsinyi District in Taipei.
Wu said on Saturday that the money came from four sources -- surplus campaign funds, Chen's lucrative earnings as a lawyer before he went into politics, her own dowry and investments. The prosecutors also said that Wu's statement did not match the evidence they have collected, and that further thorough checks will be required.
"If necessary, the prosecutors will summon Chen Shu-bian and Wu's elder brother Wu Ching-mao for further questioning," said one prosecutor, who preferred anonymity.
The prosecutors asked Wu to provide relevant information concerning the flow of money, but said she has not offered any evidence to support her claims.
The prosecutors also suspect that there may have been a connection between the overseas funds and a foundation that Wu once headed, and have asked her to clearly explain that possible link.
The Formosa Foundation, which was chaired by Wu once, solicited political donations during each of Chen's election campaigns.
The foundation, which is dedicated to the advancement of human rights, democracy, and Taiwan's right to self-determination, has a current fund of NT$5 million -- exactly the same amount as when it was founded in 1987.
The prosecutors confirmed Friday that they issued two subpoenas Wednesday to Chen Shui-bian's son Cheng Chih-chung and Cheng's wife Huang Jui-ching, both of whom left for the United States Aug. 9.
In an effort to obtain a more complete picture of the alleged money laundering case, the prosecutors are seeking written permission from Wu Ching-mao to examine his bank accounts in Singapore and Switzerland, but Wu has yet to give consent.
The prosecutors have asked the former first lady to persuade her brother to cooperate in the investigation of the case.
The matter came to light when a local magazine, based on a report by the international anti-money laundering organization, the Egmont Group, claimed last week that Huang Jui-ching had laundered money for the former first family by secretly wiring NT$300 million overseas in 2006 after the exposure of a "state affairs fund" embezzlement case that implicated Chen Shui-bian and his wife.
The report detailed the status of overseas bank accounts allegedly held by members of Chen Shui-bian's family, in countries that include the United States, the Cayman Islands, Singapore and Switzerland.
The former president and his wife, as well as Wu's older brother Wu Ching-mao, Chen's son Chen Chih-chung and his daughter-in-law Huang Jui-ching, have been listed as suspects by prosecutors in the alleged money-laundering case. Chen Shui-bian, Wu Hsu-jen and Wu Ching-mao have also been barred from leaving the country.