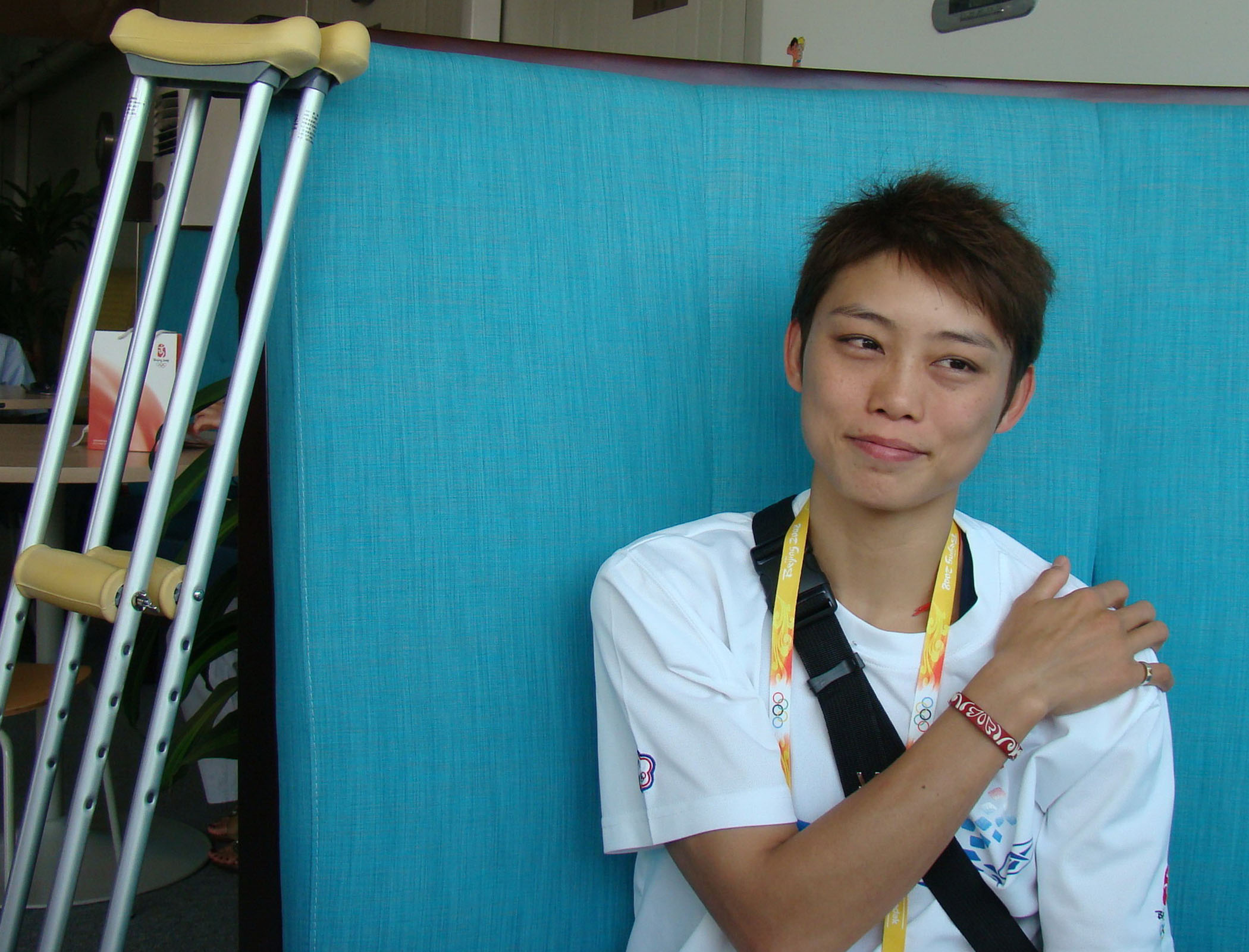 A Taiwanese taekwondo star who moved spectators because of her tenacity in the face of pain has become a local hero despite her failure to win a medal in Beijing.
Reigning World Champion Su Li-wen battled her way through a long day of matches Thursday marked by numerous falls as a result of knee and foot injuries.
President Ma Ying-jeou (馬英九) phoned her yesterday saying he and all the people of Taiwan had been touched by her perseverance, presidential spokesman Wang Yu-chi (王郁琦) said.
"Like all Taiwanese, President Ma was moved," Wang said.
"Su showed the spirit of an athlete, she made Taiwanese even more proud than if she had won a gold medal," Wang quoted Ma as saying.
Lawmakers even recommended her spirit be mentioned in school textbooks. Opposition Democratic Progressive Party legislators Hsueh Ling and Chai Trong-rong said they had sent a letter to the Executive Yuan saying she should be awarded the Order of Propitious Clouds - a medal given for exemplary service to society - and be mentioned in textbooks as an example for following generations.
They also suggested the state should take care of the 27-year-old by providing her with low-cost housing and medical care for the rest of her life.
The toughest match was fighting the pain during three rounds to tie 4-4 with Croatian Martina Zubcic. Su fell 11 times in obvious pain. Her last-minute 5-4 defeat robbed the opportunity from her to become Taiwan's third taekwondo bronze medalist at the Beijing Games.
At the close of the match, her coach carried her away on his shoulders to receive medical treatment. After the competition, Su gave interviews sitting in a wheelchair.
"With injuries like these, you cannot even stand up," said Taiwan's taekwondo coach, Sung Ching-hung.
Her parents watched the grueling matches from their home in Taipei County. "She didn't disappoint us, she didn't disappoint our country," her father Su Wen-ching told reporters.