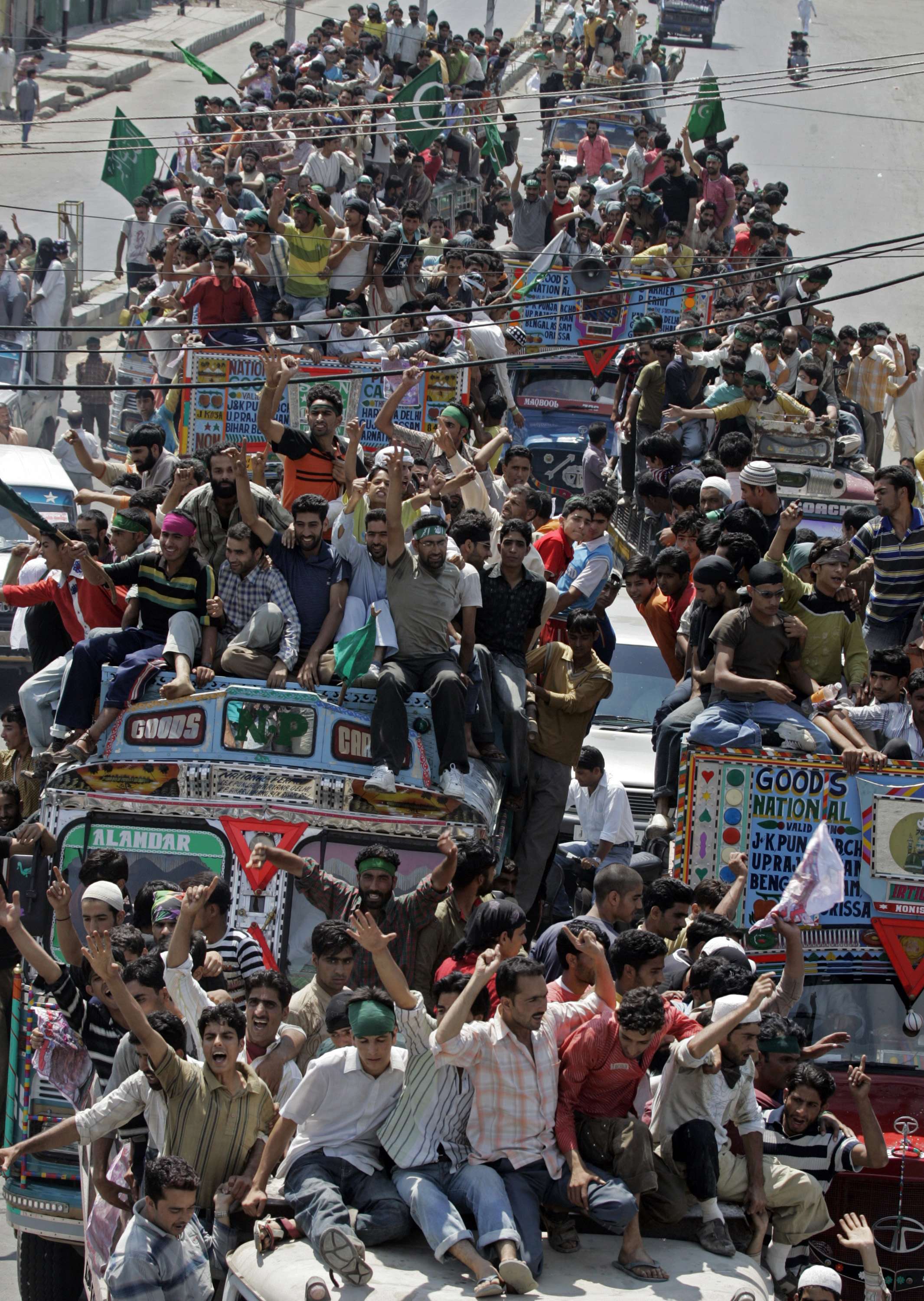 Tens of thousands of people massed in Indian Kashmir's main city yesterday to protest against India's rule, in the second major demonstration here this week.
Protesters began marching from early morning toward the site of the rally, the "Martyrs' Cemetery" where many of those killed in the nearly two-decade-old revolt against New Delhi's rule are buried.
"The rally is to show to the world that we are against India's occupation of Kashmir," said separatist leader Shabir Shah, who has spent more than 20 years in Indian jails.
The demonstrators, carrying black and green flags symbolizing Islam and mourning, shouted "azadi" or freedom.
It was the second show of strength by separatists this week in Kashmir, which is claimed by both India and Pakistan.
On Monday, tens of thousands of Muslims took to the streets of Srinagar to demand that the United Nations recognize the Himalayan region's right to self-determination. India says decades-old UN resolutions are "obsolete."
Security was tight for yesterday's rally, which closed down shops, businesses and schools in Srinagar, the summer capital of Indian Kashmir.
"Security forces have been deployed in strength across Srinagar to maintain law and order," said police officer Pervez Ahmed.
"We have sufficient reserve forces to deal with any eventuality," he said.
People from other towns and villages arrived in cars, jeeps, buses and trucks with those on board chanting, "We want freedom."
Last week 22 protesters were shot dead by security forces in the Kashmir valley during Muslim protests against the blocking of the Himalayan region's main highway by Hindu hardliners.
The trouble was triggered by a Kashmir government plan announced in June to donate land to a Hindu shrine trust in the Muslim-majority Kashmir valley. The decision was later reversed, angering Hindus.
Since June, at least 31 Muslims and three Hindus have died from police firing on protesters and other violence in the Kashmir valley and Jammu area.
The events have breathed new life into Kashmir's separatist movement as well as soured relations between India and Pakistan, which have fought two of their three wars over the scenic region.