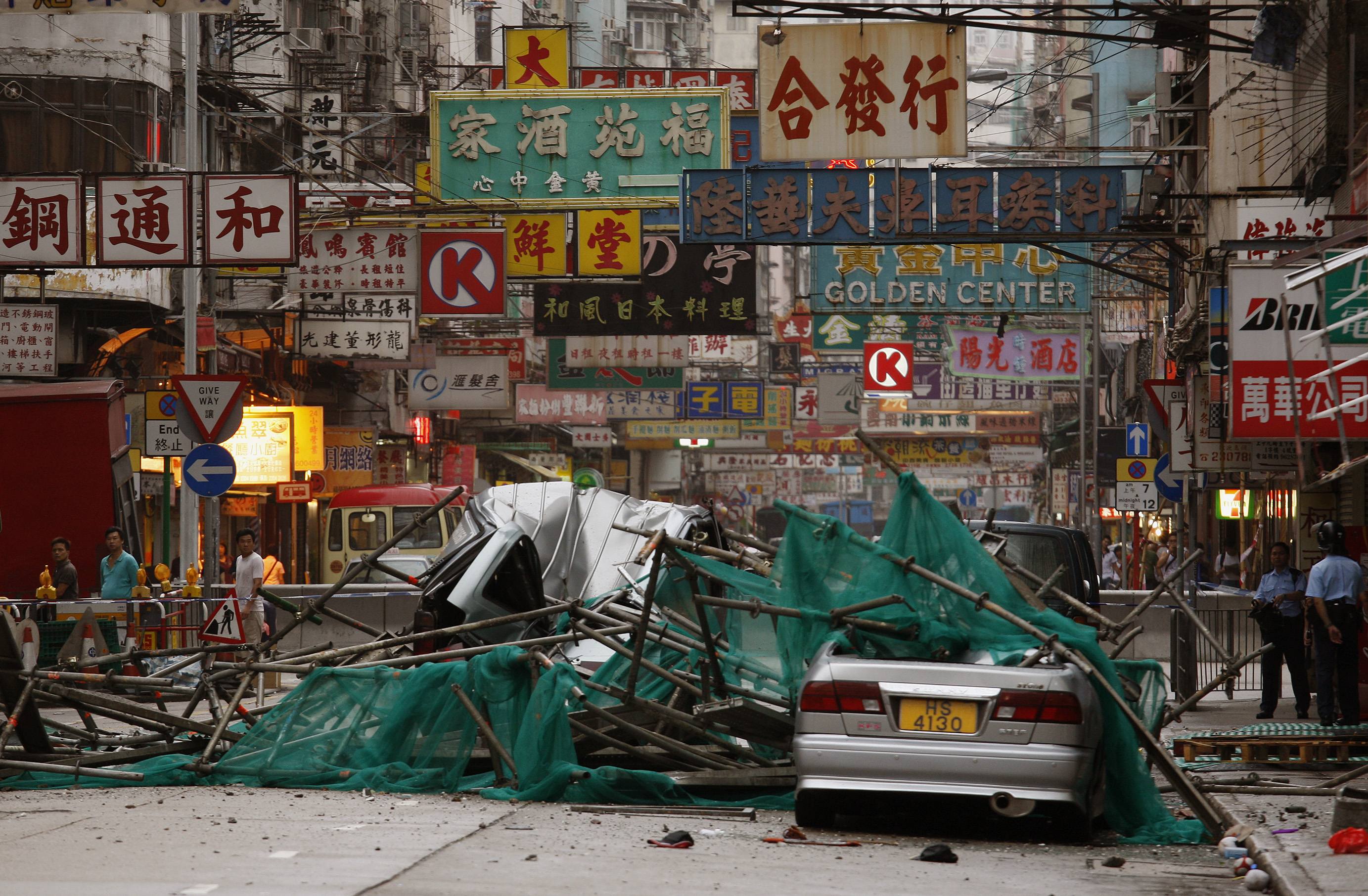 Hong Kong was buffeted by gale force winds yesterday as typhoon Nuri churned toward the major financial hub, with most of the city and its markets shut down ahead of a direct hit by its worst typhoon in five years.
The tropical cyclone signal was upgraded to the No. 9 signal at 1:40 p.m. (Hong Kong time) as typhoon Nuri closed in on the city after wreaking a path of destruction in the northern Philippines.
The last time a storm of such severity hit Hong Kong was in September 2003 with typhoon Dujuan.
Over two hundred flights were canceled or delayed by noon.
Howling winds swept across the former British colony early yesterday and white-tipped waves thrashed in Victoria harbor.
Streets were largely deserted, shops shuttered, with trees and scaffolding being toppled by gale force winds of up to 94 kph recorded in parts of the territory.
In China, 250,000 people were being evacuated from coastal areas in southern Guangdong province in what weather forecasters there are calling the strongest typhoon to hit the province this year, the South China Morning Post reported.
Much of Hong Kong ground to a standstill, with the closure of financial markets and offices, along with schools, courts and most public transport services.
Several airlines including Cathay Pacific and Dragon Air said all afternoon and evening flights would be canceled.
The city's Olympic equestrian events, however, were spared the full wrath of typhoon Nuri, with the last showjumping event successfully concluded last night as the weather began to worsen.