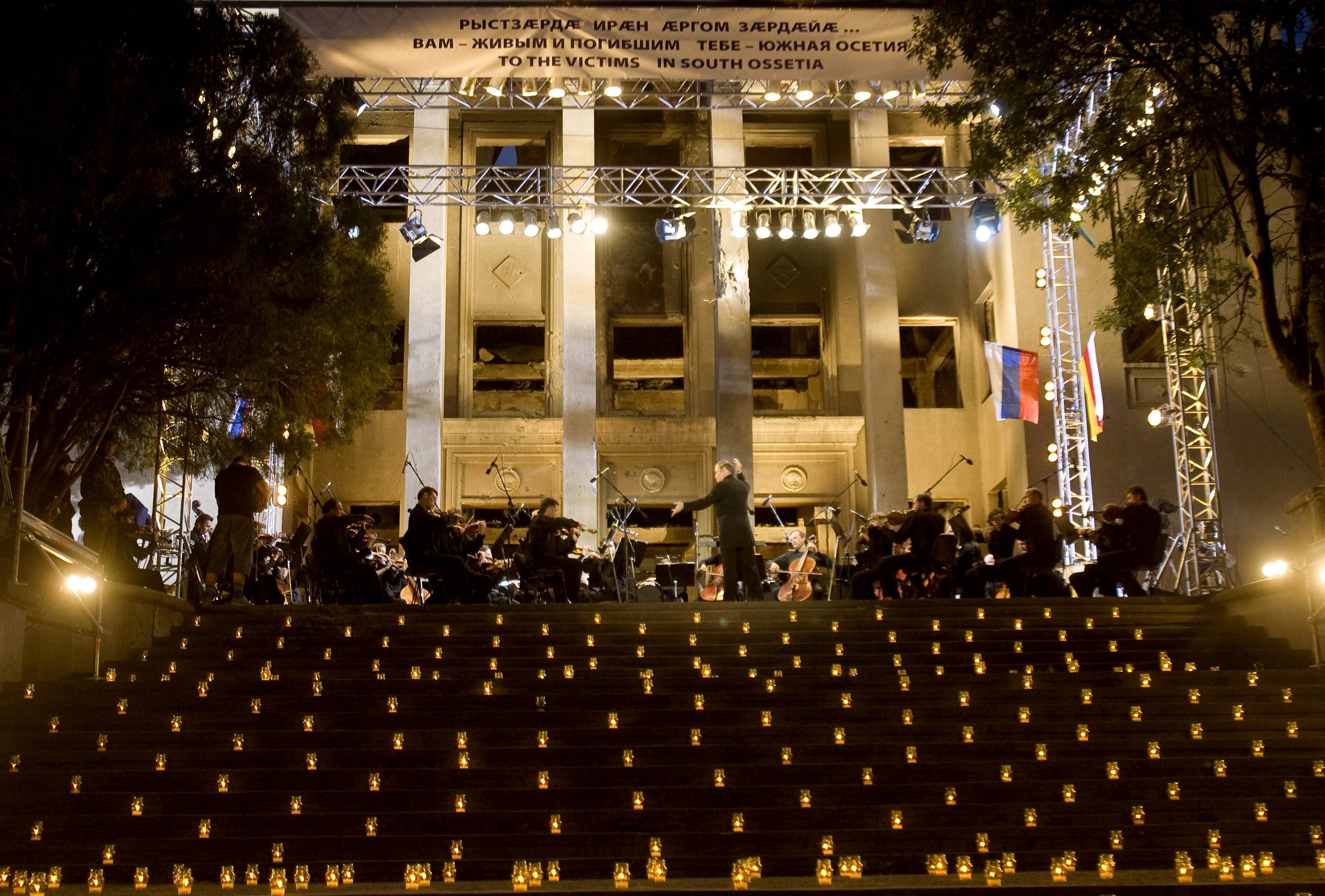 Ossetian-born Russian conductor Valery Gergiev on Thursday lambasted Georgia for its "huge aggression" as he opened a concert in the battered capital of South Ossetia.
The principal conductor of the London Symphony Orchestra spoke of the "horrible destruction" of Tskhinvali, evoking the World War II battle of Stalingrad, to describe the damage left from fighting between Georgian and Russian forces.
"It was a huge aggression on the part of the Georgian army," Gergiev told a crowd gathered in a central square in front of a bombed-out administrative building.
Speaking in Russian and in English, Gergiev described Tskhinvali as a "hero-town" and said 2,000 people had died when Georgian forces launched an offensive against separatists on August 7 and 8.
Russia responded by sending troops deep into Georgian territory.
The death toll of 2,000 has been put forward by Moscow but at least one human rights group, Human Rights Watch, said dozens and not thousands had died in the violence.
"If it wasn't for help from the Russian army, there would be more casualties, thousands and thousands more," said Gergiev, who was born in Vladikavkaz, the capital of North Ossetia, which is part of Russia.
"This must not be allowed to happen again."
"I hope to see peace and only peace here for many, many decades to come," he told the audience, many of whom listened with tear-filled eyes, to music from Shostakovich and other Russian composers.
Gergiev is also artistic director of Saint Petersburg's Mariinksy Theatre, musical director of the Rotterdam Philharmonic Orchestra and principal guest conductor of New York's Metropolitan Opera.