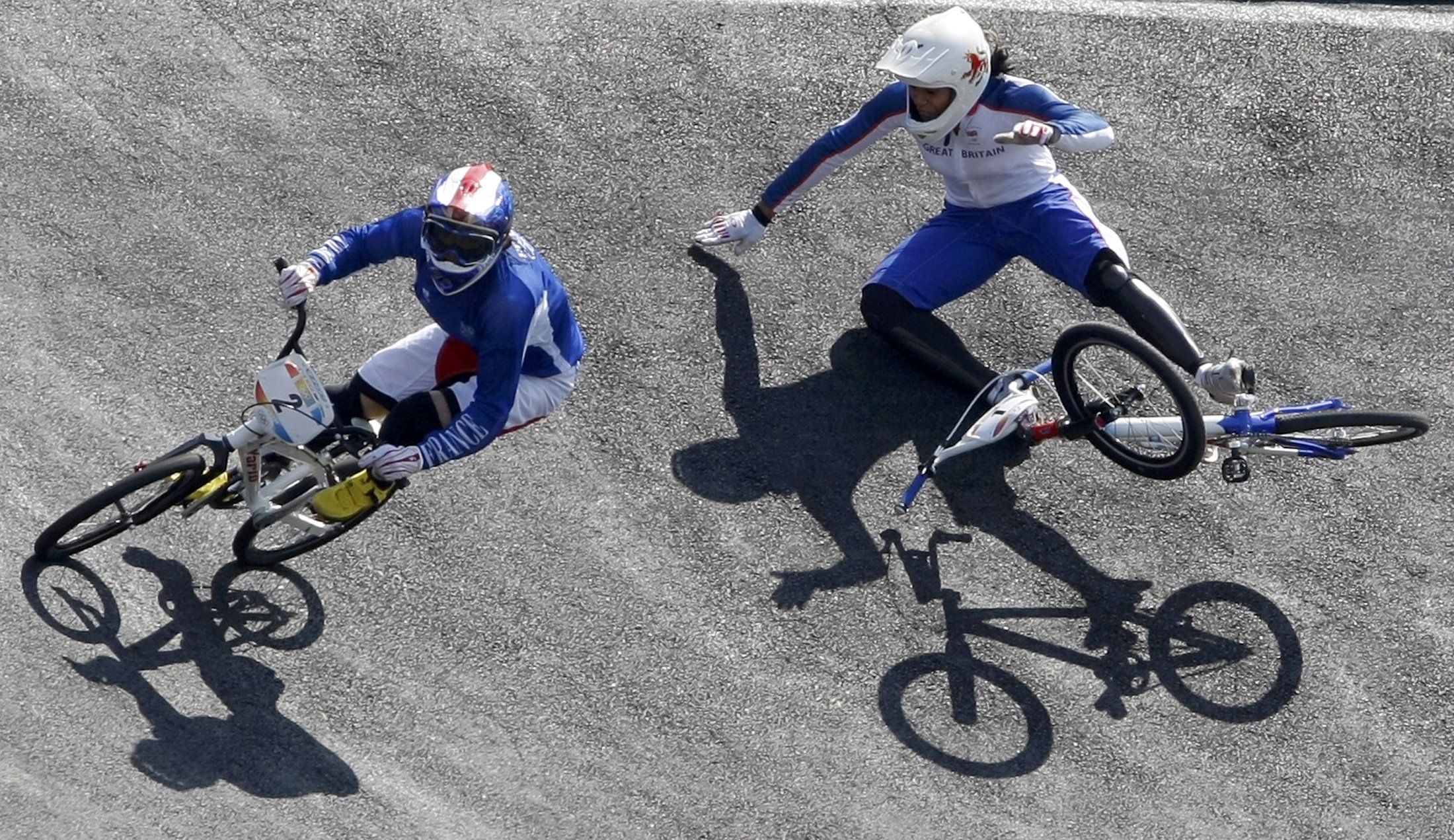 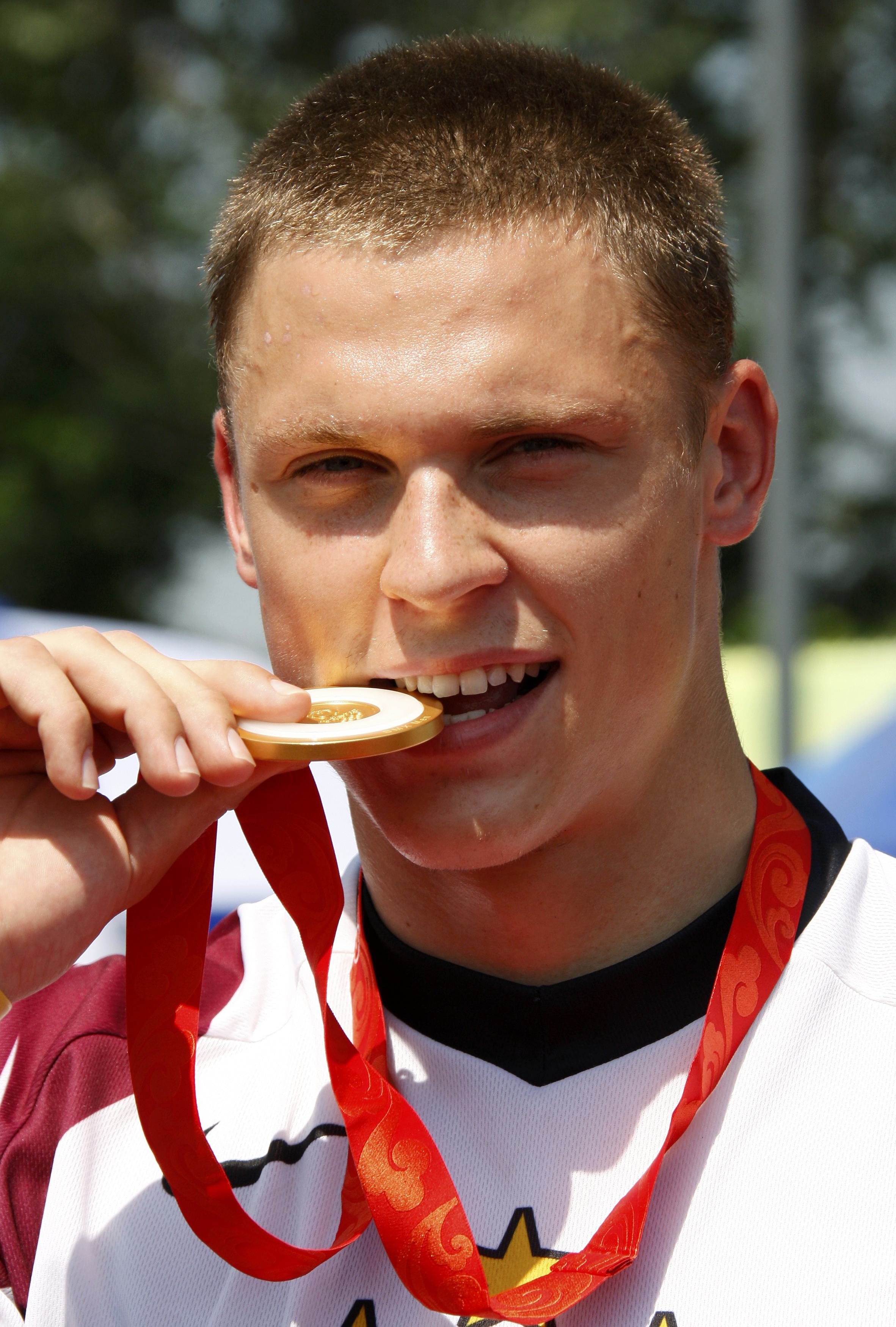 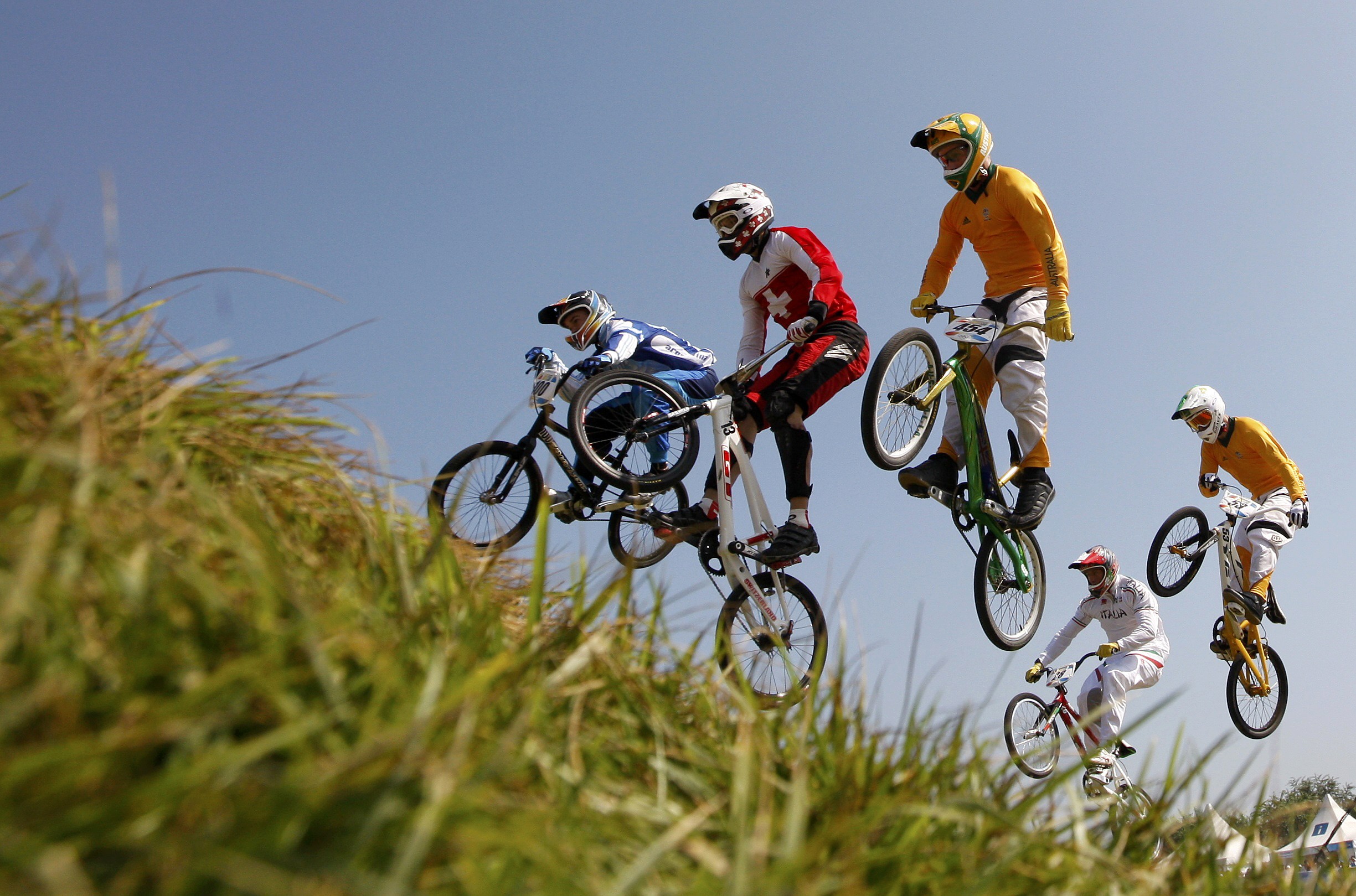 It was fast, spectacular and had plenty of thrills and spills.
And despite some big medal favorites failing to live up to expectations, an historic first BMX competition of the Games appeared to pass the Olympic test.
American Donny Robinson was among those riders who crashed, got back up and finished on his way to yesterday's final. In the end it left him with the bronze, and the belief that BMX is here to stay.
"All the hype coming into the Olympics just put more pressure on us," he said after finishing third behind teammate Mike Day and Latvia's new Olympic champion Maris Strombergs.
"We had to go out there and put on a good show. Hopefully in London in 2012 we can put on an even better show."
The 2012 Games will be where Britain's Shanaze Reade will hope to showcase her skills, having spectacularly missed out on a certain gold or silver yesterday.
As one of the riders to have benefited from practicing on a replica of the Olympic course, Reade - who is faster than almost half of the men - started the competition as the woman to beat.
But a shaky start in qualifying, followed by another crash in yesterday's semi-final, provided ominous signs ahead of the final.
Going into the last bend with mountain bike legend Anne-Caroline Chausson as they raced a thrilling duel for gold, the 19-year-old from England clipped wheels with the Frenchwoman's bike and came crashing down.
The entire field passed the stricken world champion, leaving her with a four-year wait for Olympic glory.
"I guess they say you learn the hard way, and today I've learned the hard way," said Reade, who is one those few cycling phenomenons that can apply their skills and physical prowess to other disciplines.
As a world champion in track cycling's team sprint with newly-crowned Olympic sprint champion Victoria Pendleton, Reade is likely to embrace track a little more over the next four years.
She added: "I put absolutely everything into this. But I'm an athlete, I'll come back stronger in London."
Olympic opportunity
While Strombergs' win is likely to prove a huge boost to little Latvia, the day's big story - apart from Reade's collapse - was Chausson.
Having won 16 world titles from three mountain bike disciplines since giving up BMX as 13 year old, she capped a two-year battle to get back into the sport's Olympic debut by winning its first ever gold.
"I was in semi-retirement when the announcement was made about BMX coming into the Olympics," said Chausson.
"Then all my friends and family started harassing me, telling me I had to have a go, that I couldn't let such an opportunity pass me by.
"Once they managed to convince me, that was it. I was committed 1,000 percent."
Unlike Reade, the three U.S. medalists and an Australian who built a replica of the course on his parents' property at the cost of 30,000 Australian dollars, Chausson did not practice on a replica course.
"I don't believe that's a good idea," said the 30-year-old, who admitted this was "definitely" her last competitive race.
"I wanted to learn about this course during the competition."
Strombergs, Day and Robinson all agreed they couldn't have asked for more from their Beijing hosts.
"The Chinese knew what the sport was, they knew how rad (radical) it was and they put on a great show," added Robinson.
"I can't ask for anything more of the Chinese. Hopefully, they dug our sport."