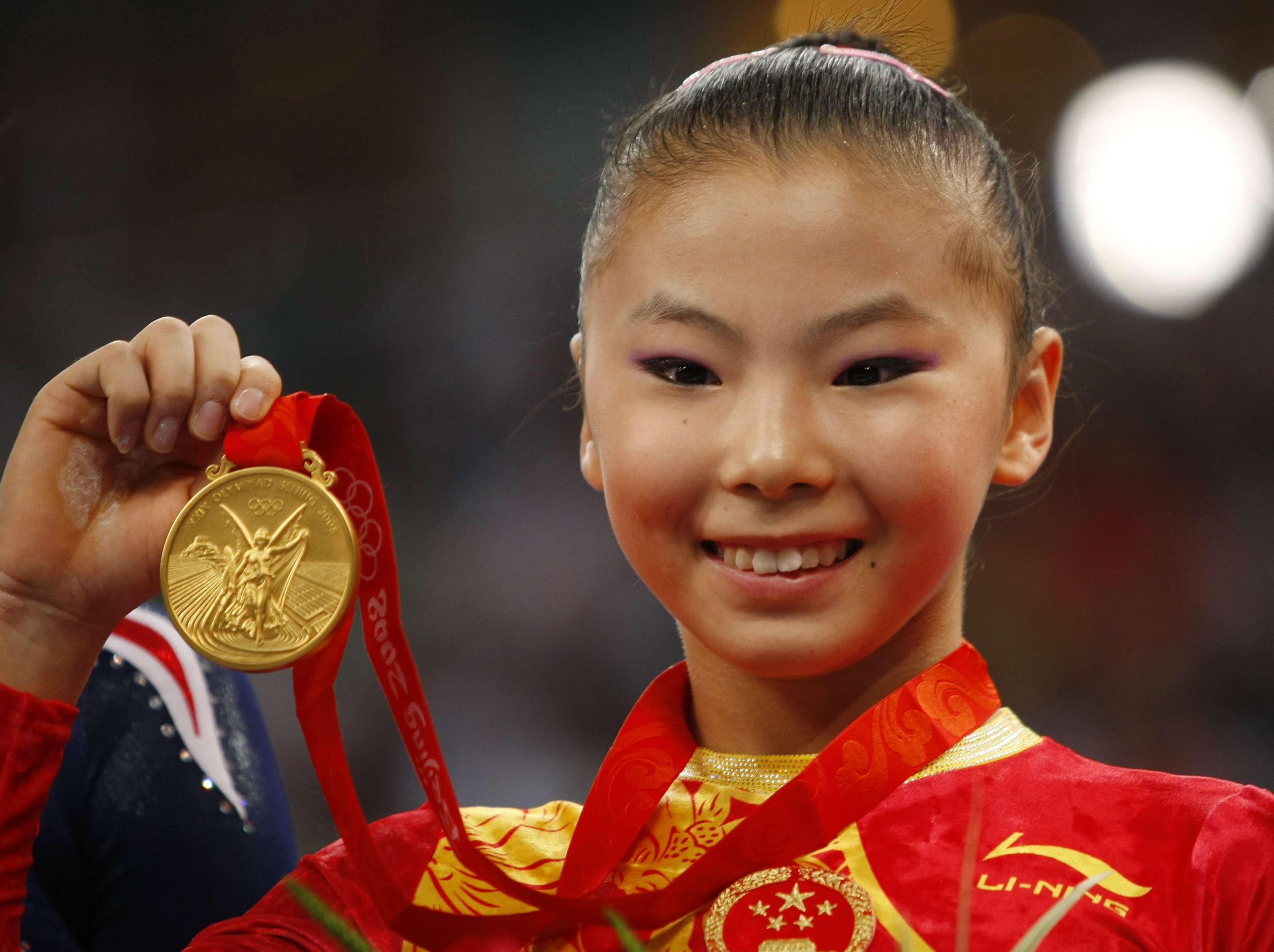 The International Olympic Committee said yesterday it has asked the International Gymnastics Federation to re-examine claims that Chinese gold medal winner He Kexin was not old enough to compete in the Beijing Games.
Allegations have been rife that China had broken the rules by fielding three gymnasts who will not turn 16 this year, with the focus on He.
The New York Times reported last month that online records showed two members of the women's team, He and Jiang Yuyuan, may be only 14.
The age of a third athlete, Yang Yilin, then came into question when the state-run China Central Television website posted a profile indicating she too was 14.
On Thursday, an American computer expert claimed he had Chinese state documents that proved He was born in 1994.
IOC spokeswoman Giselle Davies insisted the investigation was informal.
"You shouldn't regard this as some kind of formal investigation, but, yes we have asked the gymnastics federation to look into what has been a number of apparent discrepancies on this subject," she said.
"They are working with the national federation, who have been extremely helpful, so we can have a full clarification on this topic."
IOC Director of Sport Christophe Dubi added that it was "an ongoing process."
"The federation looked into this in the spring and responded publicly at that point. They did it again prior to the Games," he said.
China muscled aside the competition to dominate the gymnastics events in a manner not seen since the Soviet era. Their women snared nine of the 14 gold on offer, second only to the USSR's 10 in Seoul in 1988.
BOCOG executive vice president Wang Wei repeated yesterday that the gymnasts would not have competed if they were under-age.
He herself has insisted that she is 16.
"I don't want to talk about this subject any more because those who know me, they know that I'm 16," she said during the competition.
"No matter what people say, I'm still 16."
The Shichahai Sports School in Beijing, where He has been nurtured, also said she is 16.
Deputy principal Shi Fenghua said, "He Kexin is 16, according to all her registration documents. There is no doubt at all."