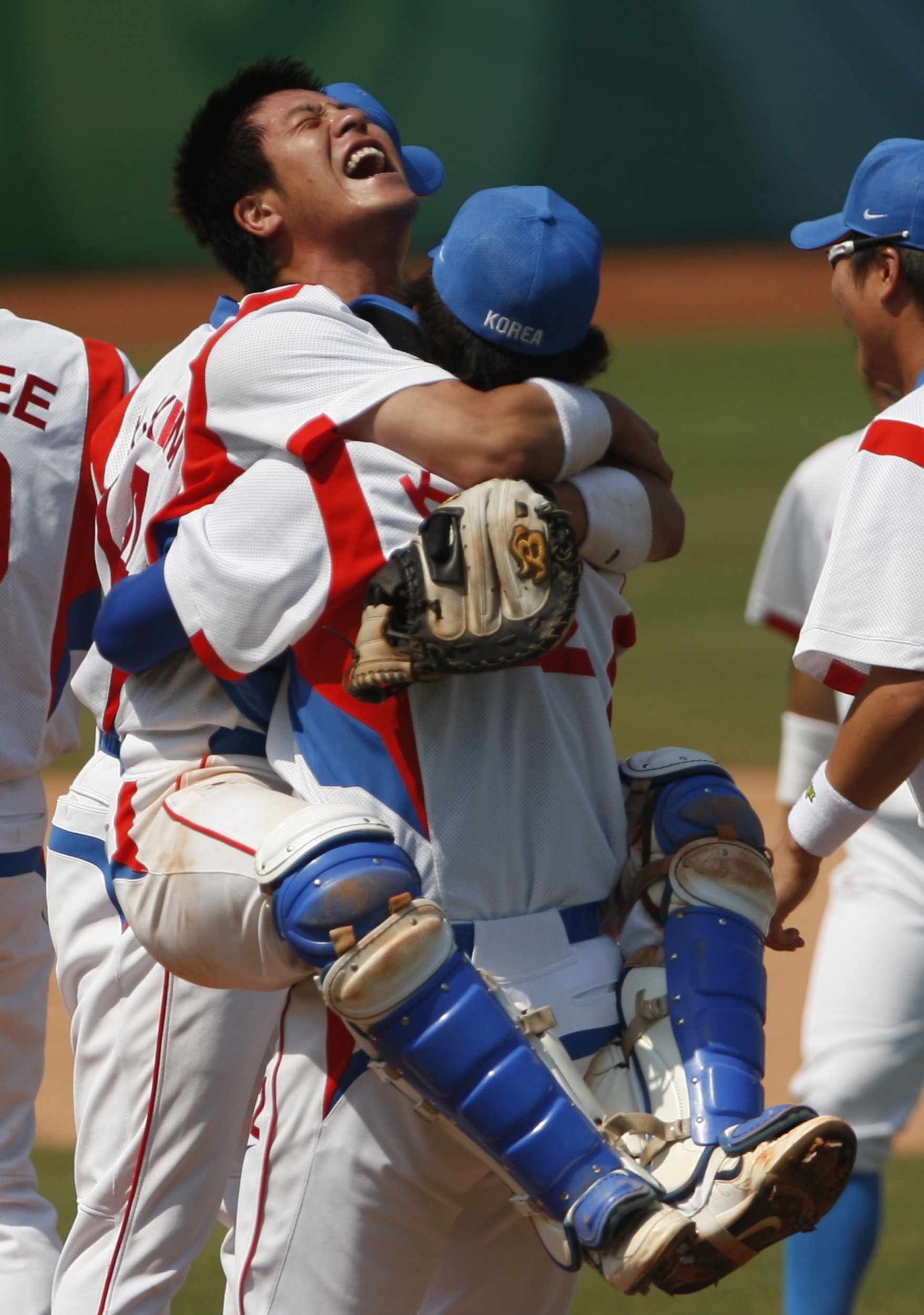 South Korea won through to the Beijing Olympics baseball final after beating Japan 6-2 in the semi-finals yesterday.
Cuba was to play the United States in the other semi-final later yesterday for the right to face the South Koreans in the gold medal match today.
Japan and Korea are the only top-tier baseball nations in Asia, battling for regional supremacy in the sport's last Olympic appearance.
"Had we lost the game today there would have been even more pressure for us in the (bronze-medal game) tomorrow," said South Korean manager Kim Kyoung-Moon, adding he had no particular preference for their final opponent.
"The American pitchers are very good, and the Cuban team, they are very strong," he said.
"All I can do is to tell my players to be careful about tomorrow's game. I hope luck will accompany us to the end of this tournament."
Part of Kim's game plan was to save as many pitchers as possible for today's final and he wanted to rest his starting pitcher the moment the Koreans took the lead.