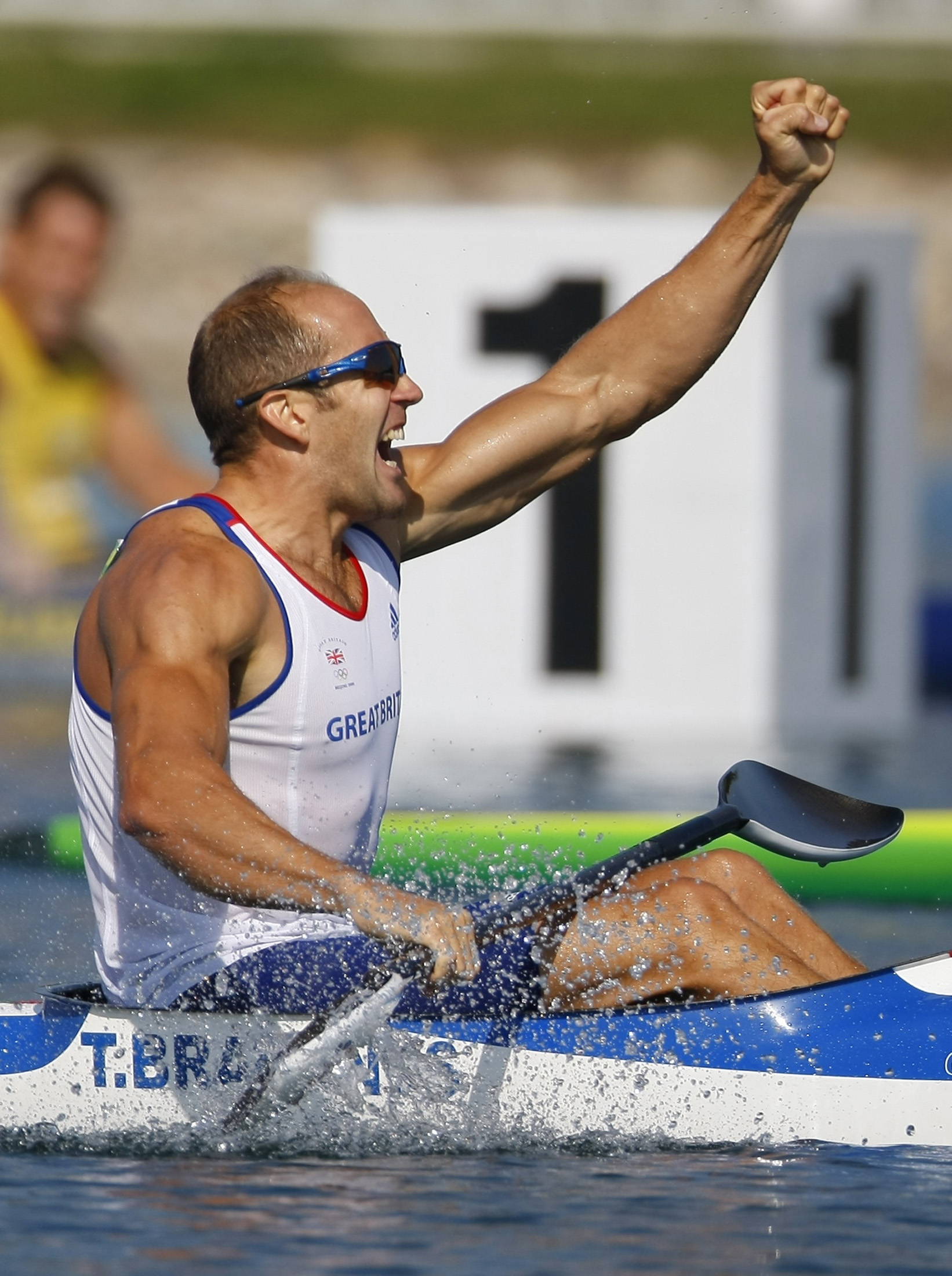 Attila Vajda won Hungary's first gold of the Games in the men's canoe 1,000 meter single on Friday and paid tribute to his friend and two-times Olympic champion Gyorgy Kolonics, who died in July while training for Beijing.
"He gave me tremendous strength and a will to fight," Vajda told reporters on the side of the lake, while still trying to catch his breath. "It was a tough race but he was with me throughout until the last 50. From there on, I didn't need him."
Vajda won the canoe blue-riband title, while Tim Brabants took the kayaking equivalent, Britain's first canoeing Olympic gold medal, to the delight of the British fans and Prime Minister Gordon Brown who watched from the stands.
"No one was going to touch me today, I felt fantastic," Brabants said. "I went into the race knowing I was the strongest paddler. I had an excellent start and I knew from that moment no one is going to go past me."
Germany and Hungary entered many of the crew events as joint favorites, but it was the Germans and surprise package Belarus who emerged triumphant on the day.
The German women's four stormed to victory in the 500 meter final to take their fourth consecutive title in the event, and Martin Hollstein and Andreas Ihle followed that up in the men's kayak double. But the final two races went to Belarus.
First the Bahdanovich brothers won the canoeing double after coming from behind to pip the Germans on the finish line, and the Belarussian four held on to win the final race of the day, in a shock to the Hungarians, who had won it in Athens and Sydney.
Germany's win in the women's four gave Fanny Fischer, niece of eight-times Olympic canoe champion Birgit Fischer, a gold medal but Germany's other medalled canoeist, Andreas Dittmer, failed in his bid for a fourth Olympic gold, finishing eighth in his canoe single final.
There was also pain for Germany's Thomasz Wylenzek, who was edged for gold by the Belarussian brothers, and failed to make the podium after being taken to hospital.
His partner, Christian Gille, said he was making a good recovery. Both Germans had earlier fallen into the water after rowing themselves to exhaustion and hitting their lane marker.