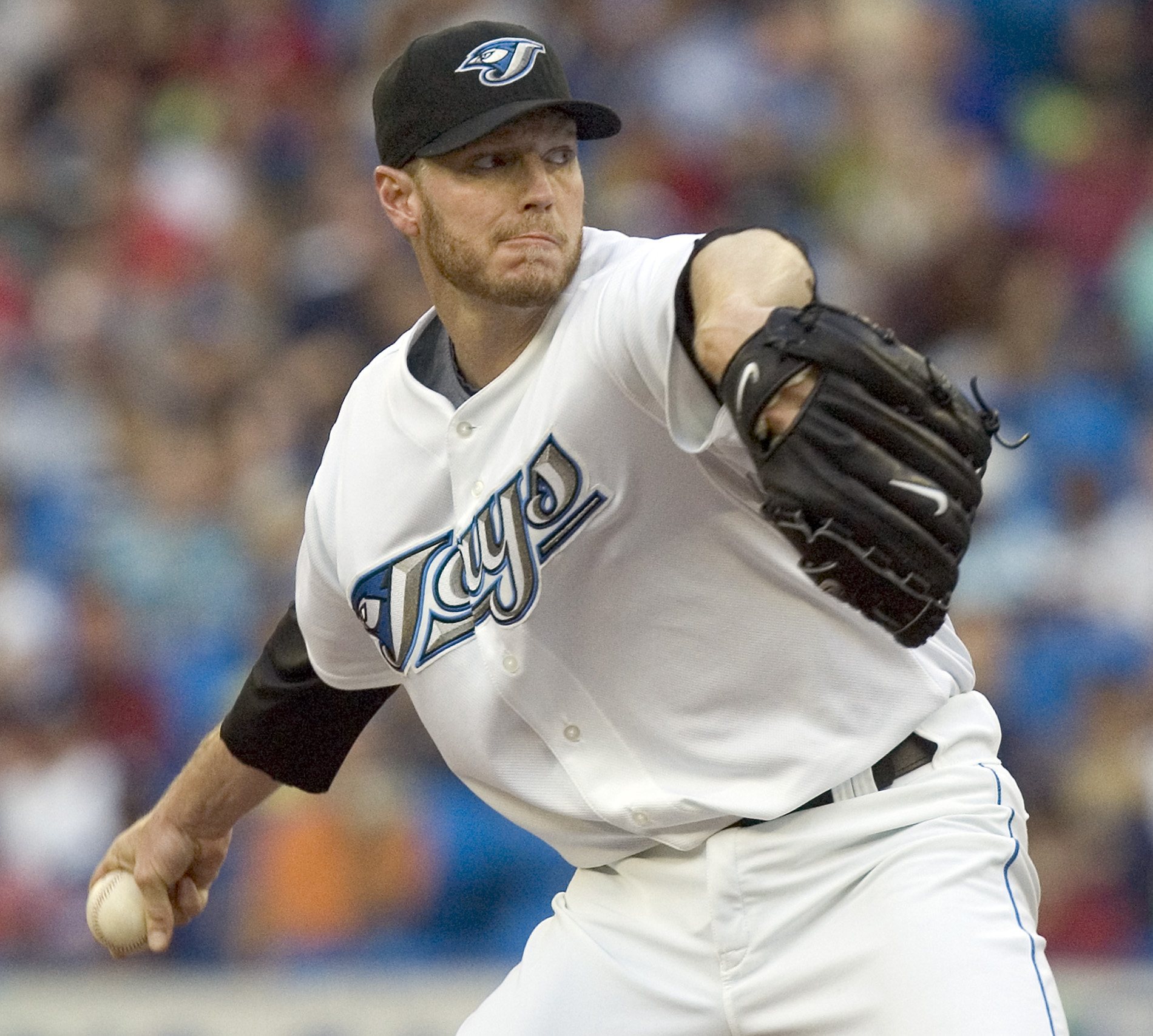 Roy Halladay beat the Yankees for the third straight time, Marco Scutaro hit a three-run homer, and Toronto handed New York its worst loss of the season, 14-3 in the American League on Thursday.
New York's previous worst loss was 12-2 at home to Baltimore on May 20.
Halladay (15-9) improved to 13-5 in 30 career games against the Yankees, allowing three runs and five hits in seven innings. He walked two and matched a season high with nine strikeouts.
Joe Inglett had a career-high four hits and Scutaro matched career highs with four hits and four RBIs as Toronto had 21 hits, one shy of a club high this season.
Alex Rios, Adam Lind both had three hits for the Blue Jays, and Rios and Matt Stairs drove in three runs each. Sidney Ponson (7-4) allowed seven runs and eight hits in two-plus innings.
Indians 10, Royals 3
At Cleveland, Cliff Lee won his AL-leading 18th game and Grady Sizemore had a career-high seven RBIs to give Cleveland a commanding win over Kansas City.
Lee (18-2), who won his seventh straight decision, allowed three runs _ two earned _ and six hits in seven innings. The left-hander struck out seven and induced four double plays. Lee leads the league in winning percentage (.900) and ERA (2.43).
Sizemore had a three-run triple in the second, a run-scoring single in the sixth and a three-run homer in the eighth.
Choo Shin-soo hit a two-run homer in the third and Jhonny Peralta hit a solo home run in the seventh for Cleveland, which swept the three-game series.
Twins 2, Angels 1, 12 innings
At Anaheim, California, Nick Punto tripled and scored on a single by rookie Denard Span in the 12th inning to help Minnesota pull within a half-game of Chicago in the AL Central.
Former Twins Gold Glove center fielder Torii Hunter missed catching Punto's drive by inches on a leaping attempt in front of the 18-foot wall in right-center. One out later, Justin Speier (1-7) gave up Span's hit inside third base.
Jesse Crain (5-2) pitched a perfect 11th for the win, and Joe Nathan got the Angels 1-2-3 in the 12th for his 35th save.
The Angels have lost six of eight, but still lead Texas by 15 games in the AL West.
Anaheim starter John Lackey allowed a run and five hits in eight innings.
Mark Teixeira hit his 25th homer in the first for the Angels. The Twins tied it in the fifth on a two-out double by Punto and an RBI single by Carlos Gomez.
Athletics 2, Mariners 0
At Seattle, Emil Brown homered for Oakland and Greg Smith allowed four hits over six innings to beat Seattle for his first win since June.
Carlos Gonzalez added an RBI single in the top of the ninth.
Rookie reliever Brad Ziegler allowed a single by Jose Lopez, a double by Tug Hulett and walked Jeff Clement to load the bases with one out in the bottom of the inning. He got No. 9 hitter Yuniesky Betancourt to chop into a double play for his fourth save.
Oakland won for the seventh time in 32 games since the All-Star break.
Ichiro Suzuki had three hits and converted reliever Ryan Rowland-Smith (2-2) allowed four hits in seven innings for the Mariners (46-81), who lost their seventh straight.