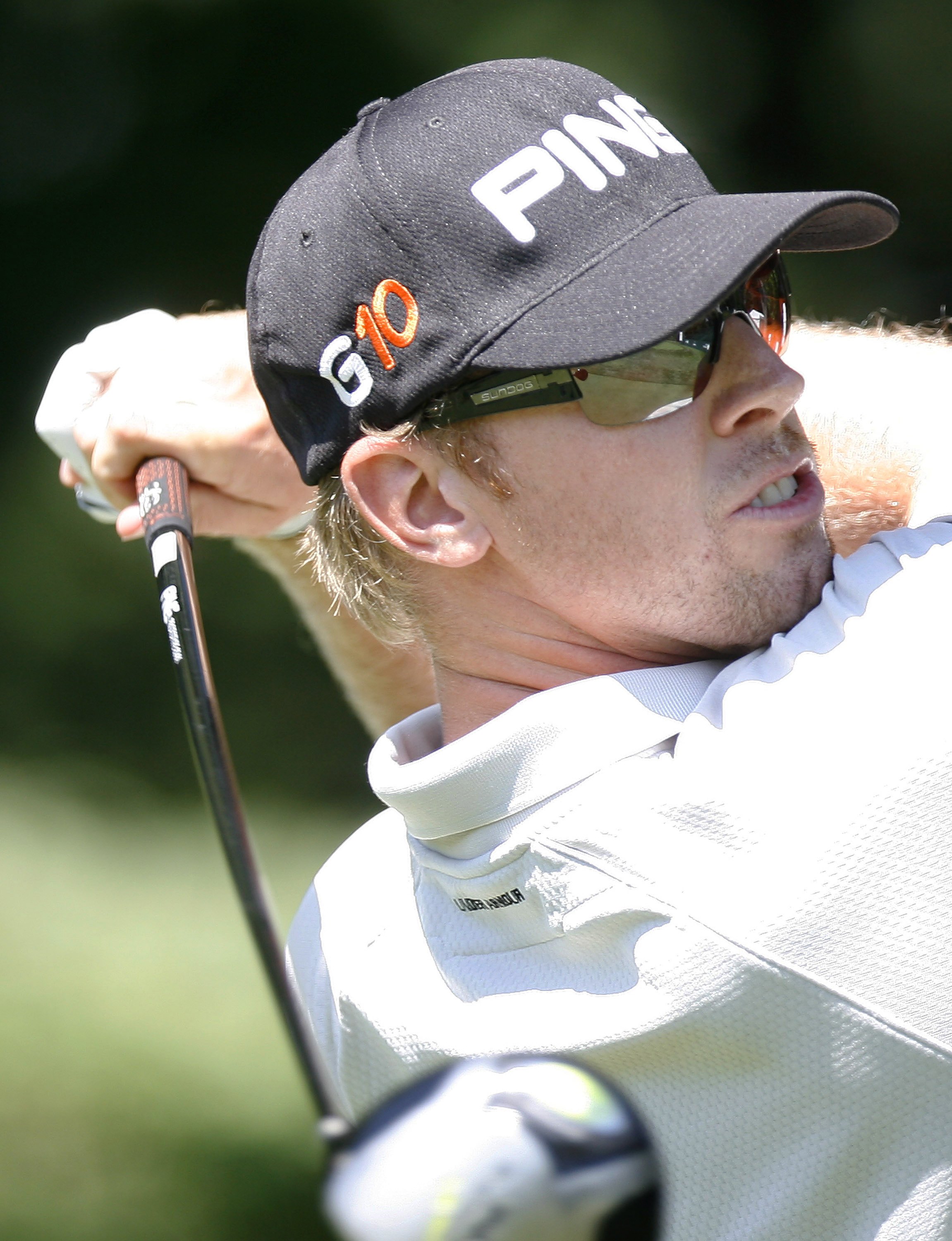 American Hunter Mahan fired a nine-under-par 62 on Thursday to grab a four-shot lead after the first round of PGA Barclays event.
A six-year veteran with only one career PGA title on his resume, Mahan rolled in an eagle and eight birdies against only one bogey at Ridgewood Country Club course.
The 26-year-old Californian is four shots ahead of England's Paul Casey, who carded a 5-under 66.
"It feels good," Mahan said. "It's a tough golf course. I thought if you shoot in the red all week, in the 60s all week, you'll have something at the end there."
Mahan's only title came last year at the Travelers Championship.
He also delivered his best performance of this year at the Travelers, finishing second behind Stewart Cink.
Casey birdied three of his first four holes before losing two strokes with consecutive bogeys on the sixth and seventh holes.
But Casey finished his round with five birdies and only one bogey over the last eight holes, including a 15-foot birdie putt at No. 18 to take sole possession of second.
"I'm very happy with that," Casey said.
Casey is one shot ahead of five players, including Bo Van Pelt, tied for third at 4-under 67. Australia's Mathew Goggin is among those at 67 after a roller-coaster round that feature five birdies, an eagle at the par-4 fourth hole and three bogeys.