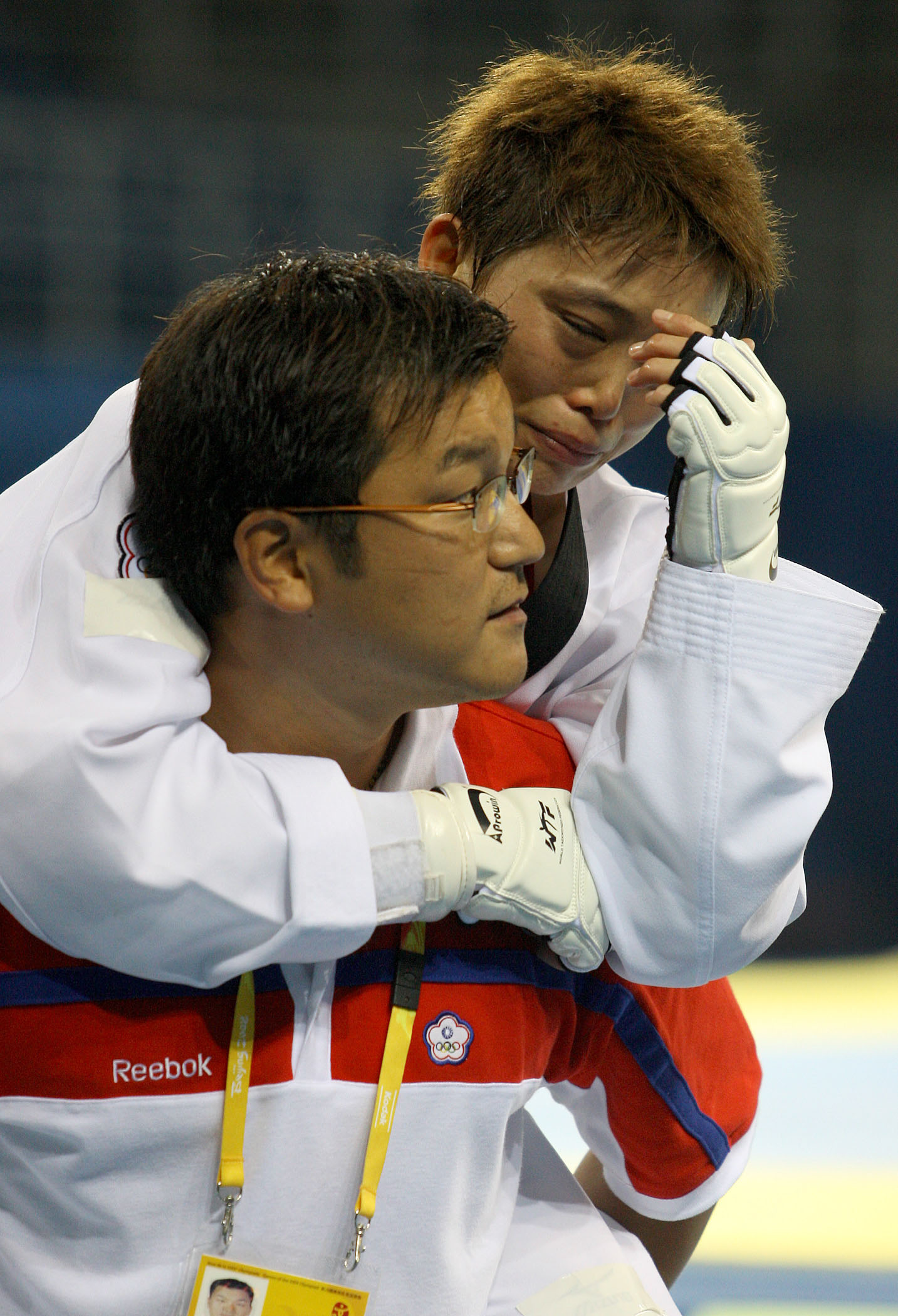 President Ma Ying-jeou called Taiwanese taekwondo fighter Su Li-wen Friday to offer his admiration for the courage and perseverance she demonstrated in her fights at the Beijing Olympic Games Thursday despite injury, according to Presidential Office spokesman Wang Yu-chi.
In a phone call to Beijing, Ma told Su, who battled to the end in the women's 57kg taekwondo bronze medal competition in defiance of a painful knee injury, that her courage and perseverance have tremendously touched his heart and those of all the people in Taiwan, Wang told reporters.
"The sportsmanship you demonstrated provides an exemplary model for the country's youth to emulate that is worth far more than any gold medal," Ma told Su.
Su, 27, champion of the 2006 Asian Games in Doha, the 2007 World University Games in Bangkok and the 2008 Asian Taekwondo Championship, suffered an injury to her left knee in the preliminary round of 16 earlier Thursday.
She tied with Croatia's Martina Zubcic 4-4 after the first three rounds of the bronze medal match, but was defeated after losing a decisive point in the fourth round.
During the match, Su continued battling till the end despite falling 11 times -- in obvious pain -- as she did in previous competitions.
Her perseverance earned her rounds of applause and cheers from the audience in Beijing, as well as from members of the international press.
Su was carried from the mat by her coach after her defeat and was taken to hospital for immediate treatment.
Prior to the competition, Su was described by the U.S.-based Sports Illustrated as the only Taiwanese athlete capable of winning a gold for the country. It was her first Olympics.
Meanwhile, according to Wang, Ma also phoned Su's father in Taishan, Taipei County, Friday to tell the senior Su how proud the country is of his daughter.
Ma asked Su's father to tell his daughter not to be daunted by the defeats that she suffered in the Olympics and to carry on with her career as a professional taekwondo fighter, according to Wang.