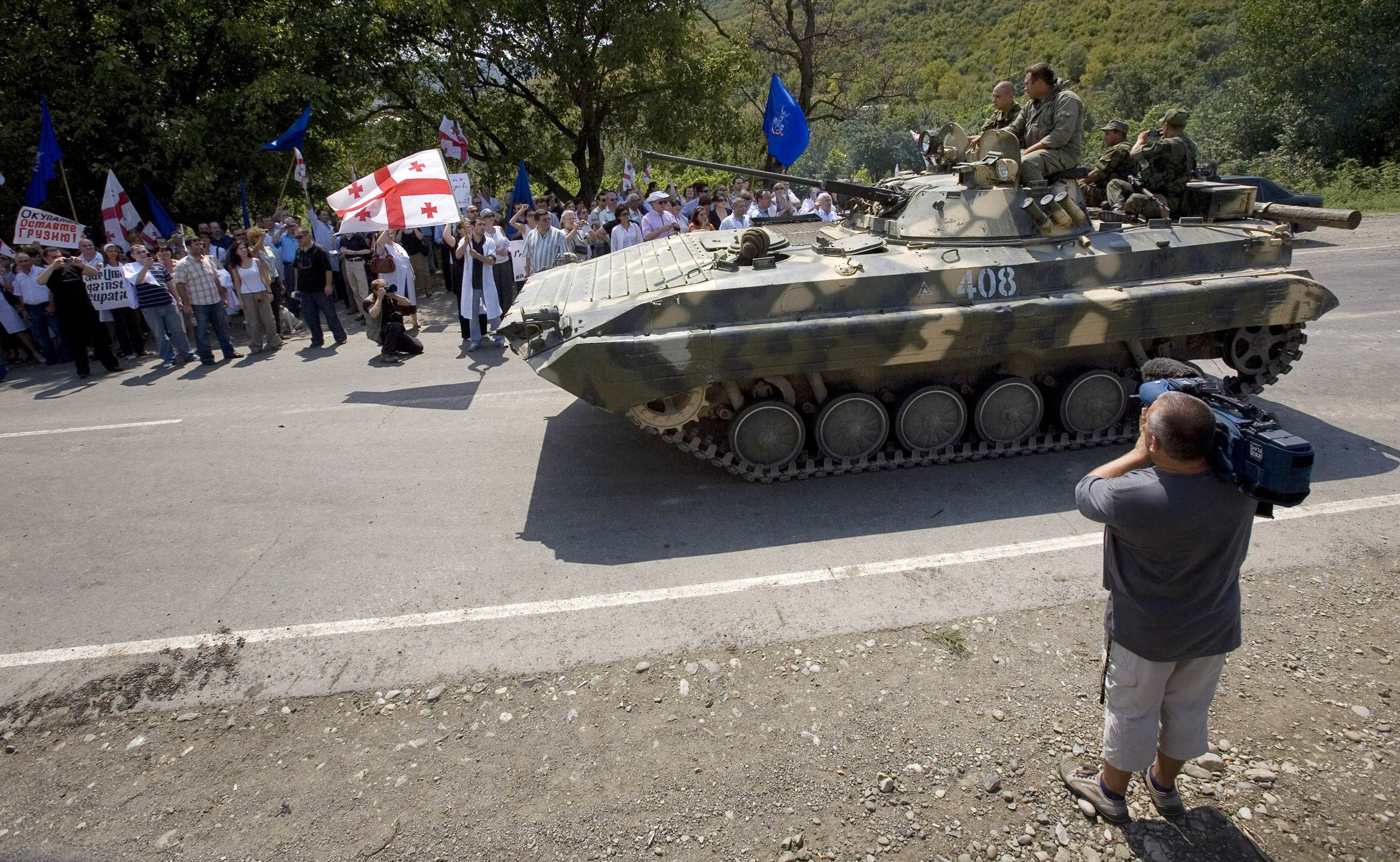 The Russian military still manned checkpoints yesterday deep inside Georgia, despite pledges that it was pulling back troops from the country.
Russian soldiers were seen by an Agence France-Presse reporter maintaining a road block between Tbilisi and the city of Gori at the village of Khurvaleti.
One Russian tank was at the checkpoint, 50 km west of Tbilisi, and as the day before, journalists were not being allowed through.
Another checkpoint was in operation just outside the ethnic Ossetian village of Akhalgori to the north. Nearby, Ossetian irregular militia manned another post.
Russian troops pushed into Georgia on August 8, destroying a Georgian attempt to retake control over the Moscow-backed separatist province of South Ossetia.
Troops then occupied swathes of Georgia and also took complete control over Abkhazia, a second separatist province.
Russian President Dmitry Medvedev has promised nearly all troops will be out of Georgia by the end of today, but Georgia and Western states have complained the pullback is too slow.
Russian troops were still operating inside Georgia's Black Sea port city of Poti, residents said.
They claimed that soldiers arrived in the morning on four armored personnel carriers and forced open a cash dispenser. It was not clear if it contained any money.
A gigantic queue of Russian lorries including 15 military trucks was also present at the Russian border post of Zaramag on the border with South Ossetia, an AFP correspondent said.