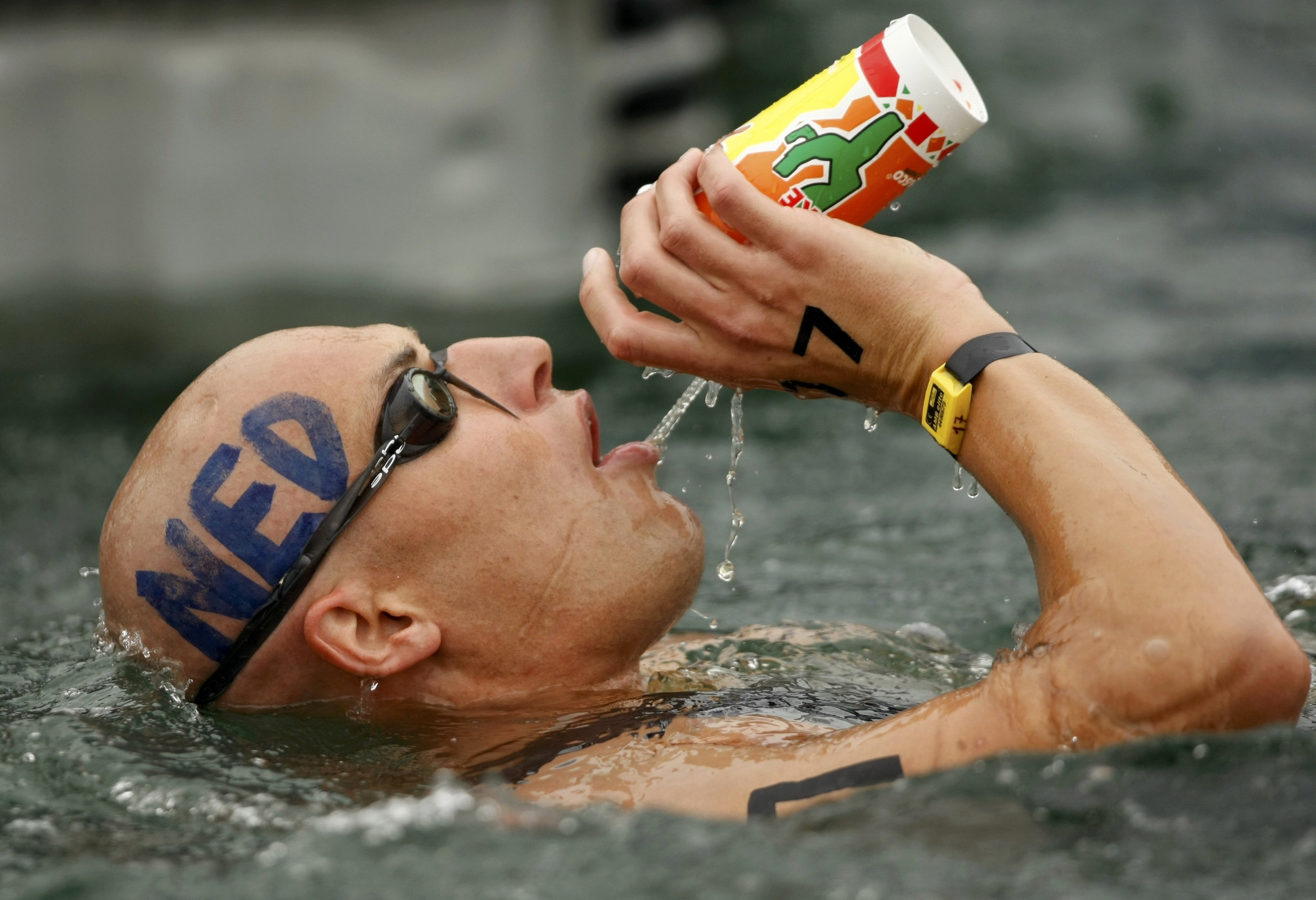 Dutchman Maarten van der Weijden said the experience of beating cancer helped him win an Olympic gold medal after victory in the men's 10 kilometers open water marathon swim on Thursday.
The 27-year-old was diagnosed with leukemia in 2001, but came back stronger after his ordeal to compete at the 2003 open water world championships before he was crowned world champion over 25km in Seville earlier this year.
He compared his gold medal triumph to his personal battle against cancer as he waited patiently for the leaders to set the early pace before a late burst saw him claim gold in a time of 1 hour 51 minutes 51.6 seconds.
"The leukemia has taught me to think step-by-step," said the brave Dutchman who raised 50,000 euros (US$74,000) in 2004 for cancer research by swimming the giant Ijsselmeer lake in Holland.
"When you are in hospital and feeling so much pain and feeling so tired, you don't want to want to think about the next hour or week - you just think about the next hour.
"It teaches you to be patient when you are lying in a hospital bed and that was almost the same strategy I chose here to wait for my chance in the pack."
His strong finish left Great Britain's David Davies in his wake to come home almost two seconds behind for silver, while Germany's Thomas Lurz took bronze at Shunyi Olympic Rowing-Canoeing Park on the outskirts of Beijing.
Davies, who won 1500m freestyle bronze in Athens four years ago, and Lurz, who won gold at the open water world championships in 2004 and 2006 over 10km, had shared the lead for most of the race.
"It's going to take a while for it to sink in," said Davies, who finished in 1 hour 51 mins 53.1 secs.
"I gave it everything and now I have something to show for it. It's a once in a lifetime experience."
A dizzy spell brought on by low sugar levels after two hours in the water were to blame as Davies was carried away on a stretcher for medical treatment at the finish of only this third race over the distance.
"I was shattered at the finish, I just wanted a lie down and to have a sleep, but before I knew it I was on a stretcher," said a recovered Davies in the press conference.
"I was adamant this time last year I wasn't going to do it, but I might have a rethink now and I have to work on my tactics a lot more."
With an hour gone Davies had a two meters lead over Lurz before the German closed the gap and the pair tussled for the lead before van der Weijden made his late move.
"I knew Maarten finished well, so I was trying to stay with him," said the German.
"I had to battle with the group with 700 meters to go and I lost a lot of strength in the fight to stay in the race.
"That cost me silver, but I am happy with bronze."
There was shock for Russia's 10km world champion Vladimir Dyatchin who was disqualified after being shown a yellow card and then a red for misconduct in the last stages of the race.
"It's the first time that I have got two cards in my career," said the 25-year-old who has won back-to-back world 10km titles.
"I struggled in the water with a lot of athletes around me, I didn't want to push them away."