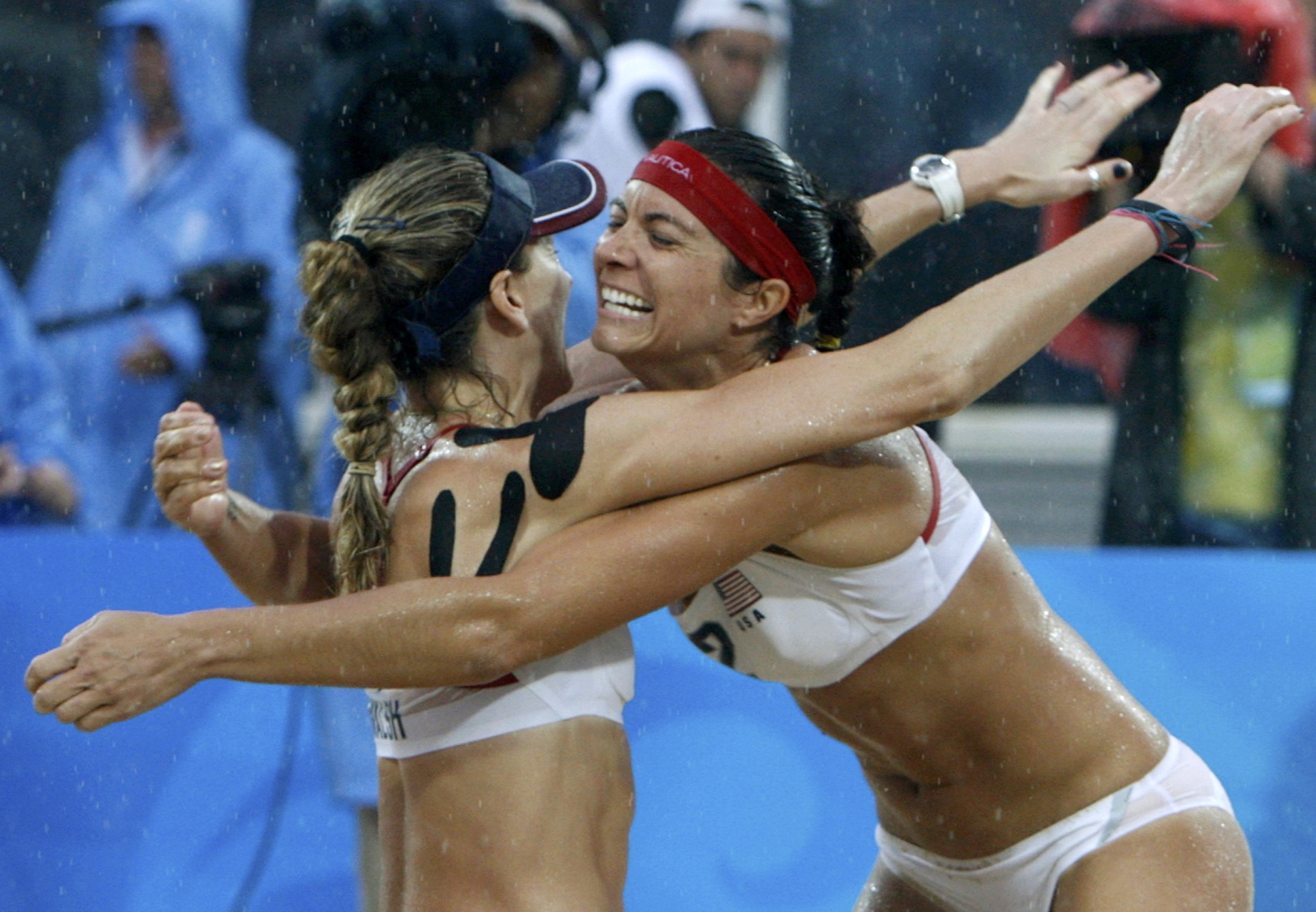 U.S. defending champions Misty May-Treanor and Kerri Walsh beat China to win a second Olympic beach volleyball gold yesterday and left the door ajar to the possibility of coming back for a third in London.
The triple world champions screamed, leapt into each other's arms and fell into the sand after Walsh hammered down the last spike to beat China's Tian Jia and Wang Jie 21-18 21-18 and become the first team to win two Olympic beach titles.
"This has been Kerri's and my goal since the last ball dropped in Athens. It's been a lot of hard work, a lot of love, a wonderful ride," May-Treanor said after the match, drenched after playing in a torrential downpour.
May-Treanor and Walsh have been called the Tiger Woods of the beach, dominating the scene for five years and never dropping a set at the Olympics. They have not lost a match in the last year.
"They're just too strong for us," said Tian. "Hopefully in the next couple of years we can manage to beat them."
That possibility will depend on May-Treanor and Walsh's plans to have children.
May-Treanor, 31, had said she did not think the beach volleyball tour was a place for children but with another gold around her neck, she started warming to the idea of coming back.
"We want to go maybe for a third but babies first. Priorities change but we've had obstacles in the past and we've overcome them and this is just another part of our sisterhood," she said.
"Right now I have to take this as my last Olympics. I've never had a child before so I just don't know. It would be cool to have our kids come see us win one day."