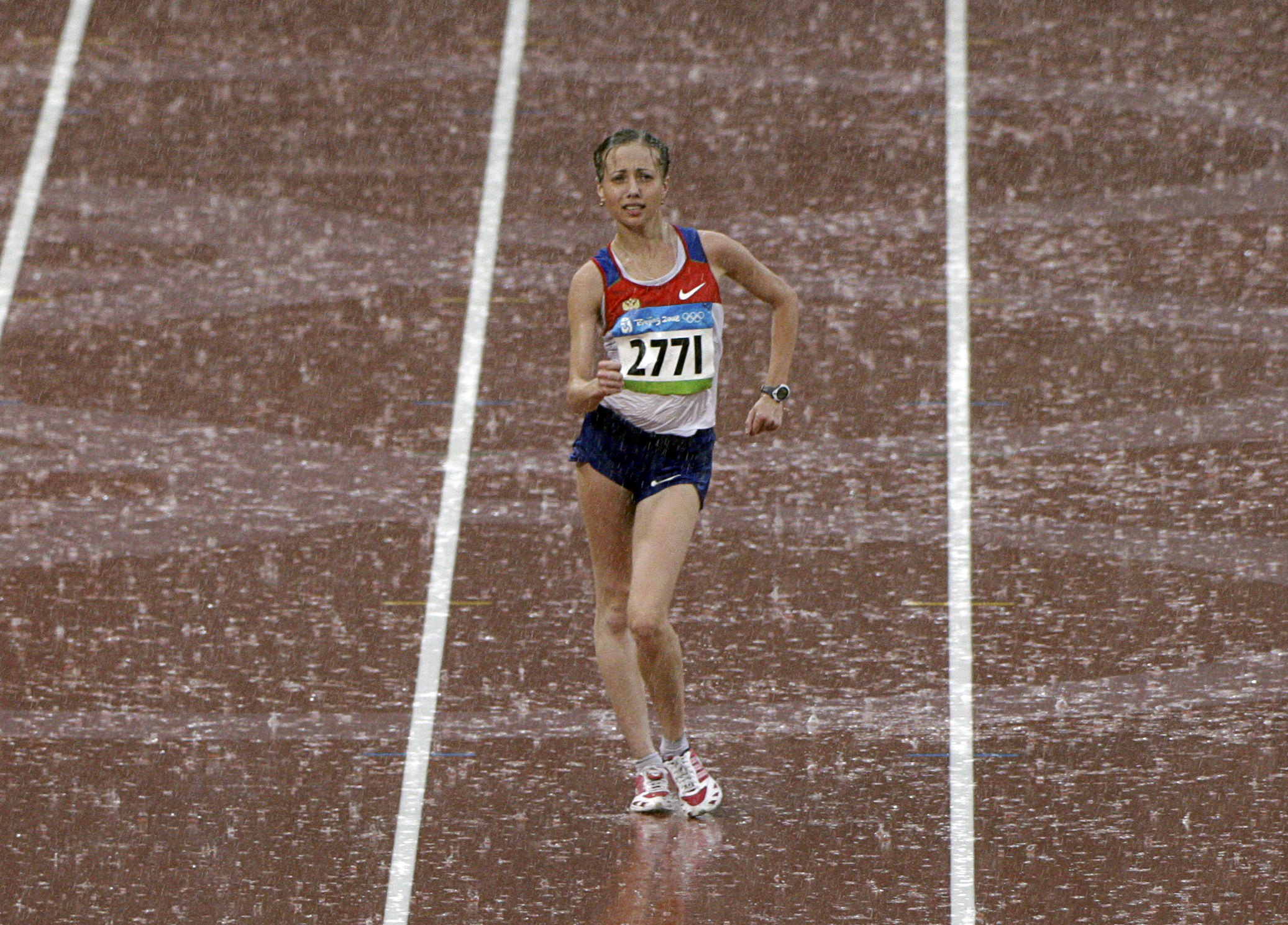 World champion Olga Kaniskina of Russia led from gun to tape to win the women's 20 kilometers walk gold medal at the Olympics yesterday.
In atrocious conditions on the course around the National Stadium, Kaniskina dominated the field and set an Olympic record of 1hr 26.31min.
There were maiden track and field medals at these Games for Norway and Italy as Kjersti Platzer finished second, 0.36sec off the pace, with Elisa Riguado a further 0.05sec adrift.
Defending champion Athanasia Tsoumeleka of Greece could only manage a ninth-placed finish in 1:27.54.
In driving rain, Kaniskina broke away from the main field early on and slowly but surely built up a steady lead on her rivals which she never looked in danger of losing.
"I didn't break the world record because of the weather," said the 23-year-old.
She added, however, that the rain had not otherwise affected her performance on a carpeted circuit that ran alongside the Bird's Nest.
"It had no influence on me," she said of the heavy downpour. "It was better than a sunny and hot day. I didn't feel it was very slippery.
"I was in good condition. I think my regular training is the most important factor contributing to my victory."