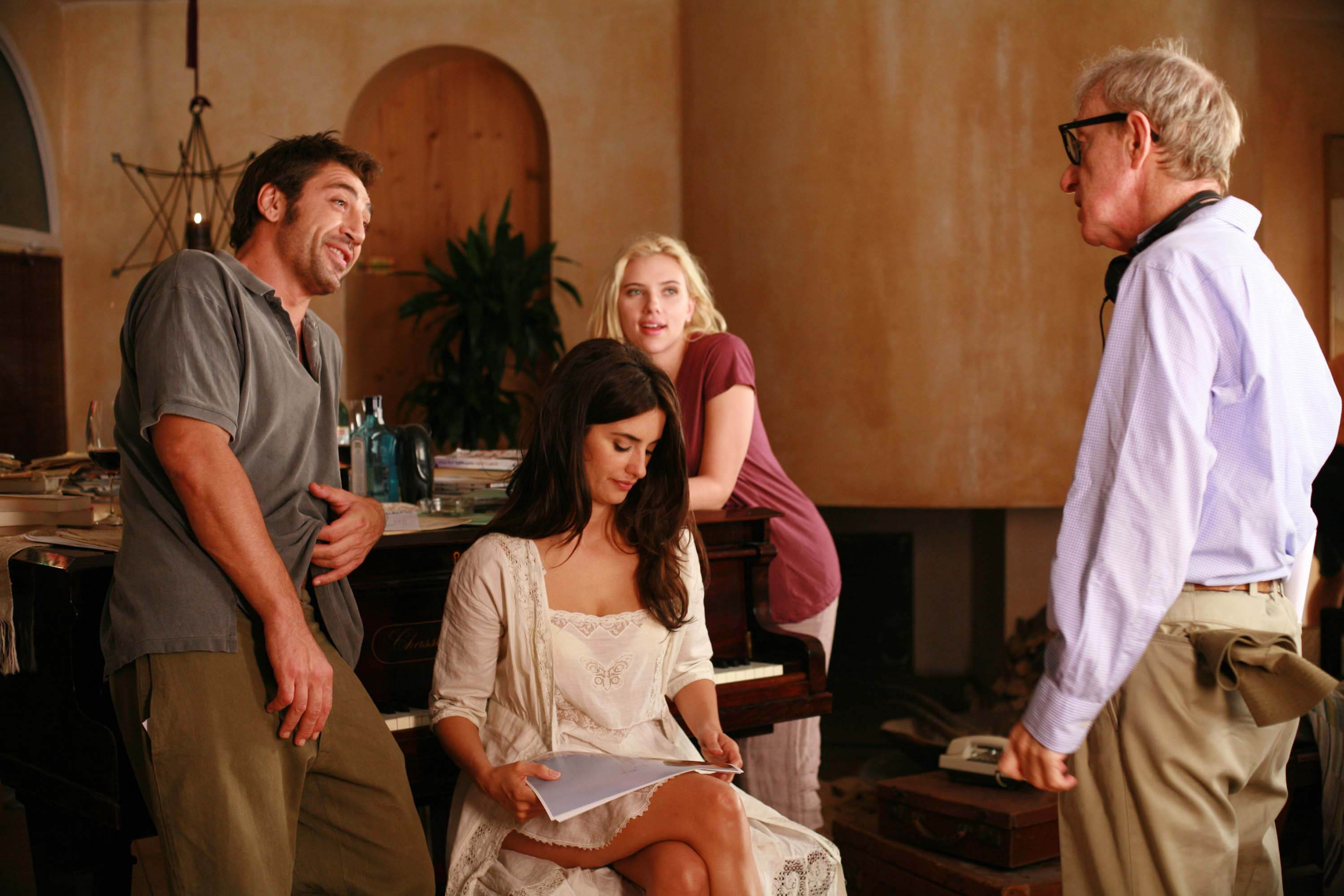 Rebecca Hall wants to debunk some Woody Allen myths. All the A-listers and ingenues who have gasped about how the bespectacled auteur appears aloof and indifferent on the set, proffering little in the way of direction and less in small talk - well, the Vicky of "Vicky Cristina Barcelona" would like to challenge that perception.
"It's the first thing that everyone mentions, the thing that everyone wants to know about him. 'Isn't that peculiar?' they say. But I don't know that it is that peculiar," observes the actress, who stars alongside Javier Bardem, Penelope Cruz and Scarlett Johansson in Allen's exceptionally good 41st film.
"A lot of it makes an awful lot of sense, and a lot of movie directors that I've worked with work in a similar way," she adds, citing Christopher Nolan, who employed her - and Johansson - in "The Prestige." "For instance, I never sat down and had a big conversation about my character with Christopher Nolan. He hired me because he thought I could do it. ... He told me I could stand where I want and say what I want, and he'd shoot it and tell me if it wasn't any good. And that's exactly what Woody did.
"I'm not trivializing it. Woody is certainly an eccentric individual. But I think there's an awful lot of nonsense that's cooked up around the cult of Woody Allen."
Shot in the Catalan capital, "Vicky Cristina Barcelona" is the breezy but bittersweet tale of two American friends - Hall and Johansson - who are picked up in a restaurant by a painter (Bardem). With disarming directness, he proposes a weekend getaway, a menage a trois. Hall's character, engaged to be married, quickly and amusingly nixes the idea.
But the trio do climb into a plane and spend the weekend touring the north coast town of Oviedo. And while Cristina tumbles into an affair with the artist - and ends up in a threesome with his fireball ex, played by Cruz - it's the relationship between Vicky and Bardem's Juan Antonio that gives the movie its deeper resonance.
"We got there and we didn't really know what we were going to do with it," Hall says of that first meeting in the bar, where Bardem propositions the girlfriends. She acknowledges that if the scene hadn't worked, then the whole film would have collapsed.
"The good thing is that Woody shoots all of the exploratory stuff," she says. "Because there's nothing worse than doing that thing where you rehearse something and something good happens, and then you all sit around and go, 'And that was great, wasn't it, that thing that happened?' and then suddenly the camera's on you and all it picks up is you thinking, 'I'm now going to do that good thing that happened.'
"It never works. So I appreciate the fact that he shoots all that working-out stuff. ...
"And we did it for a long time, that scene, and we worked it in lots of different ways and we shot it in lots of different ways, and I think what's finally there is a mishmash of things that we tried out. ... But it was written so brilliantly, that scene, that it would have worked anyway."
Hall, 26, is the daughter of Sir Peter Hall, founder of the Royal Shakespeare Company, and Maria Ewing, the American opera singer. Although she grew up in Britain, attended Cambridge University for two years, and has done a raft of theater work in the U.K., the actress feels comfortable slipping into Yankee cadences.
"I'm not entirely fraudulent," she says with a laugh. "I essentially can be American as much as I can be English."
"It's a weird thing," she says about working with the director of a few of Hall's favorite films - "Hannah and Her Sisters," "Stardust Memories," "Husbands and Wives."
"When you're a 14-year-old and you're fantasizing about where your life's going to go, I sat around fantasizing about playing a particular type of Woody Allen American heroine in a particular type of romantic, bittersweet, funny Woody Allen film.
"And suddenly I was sitting there with it in my lap. 'Is this really happening? It's very peculiar.'
"But then you're set with a whole other set of problems," she adds. "You know: Be careful what you wish for. You've got to live up to your own expectations of yourself, which is always a nightmare."