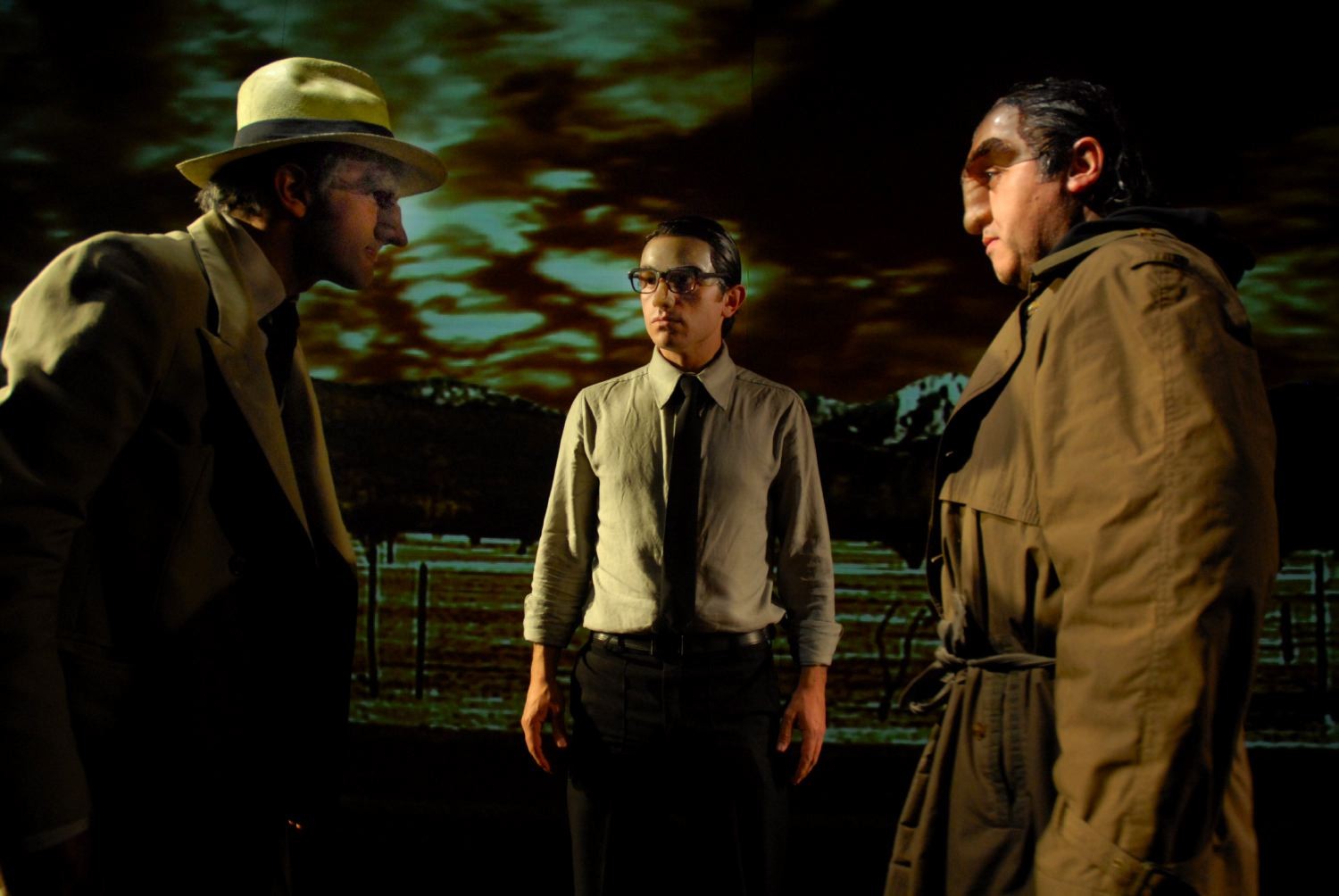 Introduction - In their permanent search for a new language capable of fusing techniques used in theater and film, the Chilean company La Troppa has become Teatro Cinema. With Sin Sangre (Without Blood), their debut production, they adapt Alessandro Baricco's novel about one girl's quest for revenge and healing to include, among its readings, a metaphor for Chile as it confronts its past between desire for revenge and need of forgiveness.
Synopsis-A tranquil evening at the farm of Mato Rujo. Suddenly, three armed men appear and ambush the small country house. Manuel Roca, trapped, hides his little daughter Nina in order to save her, but he can do nothing to spare the life of his young boy... nor his own.
The gunmen are after him for revenge, not justice. Once the slaughter concludes, Tito, the youngest of the killers finds the girl in her hideaway. Something inexplicable prevents him from calling his fellow murderers. The killers walk away after burning the house down.
Decades later, the girl has survived and turned into a mature and ruthless avenger. There is only one target left in order to conclude her mission. When that woman approaches him, he understands his time has come. But they talk, and the conversation breaks up a dam of histories and interpretations.
The performance, played in Spanish with English and Chinese subtitles, will be on stage on August 22 (7:30 p.m.), 23 (7:30 p.m.) and 24 (2:30 p.m.) at Chungcheng Auditorium, Zhongshan Hall. The entire play will last 90 minutes without intermission. Before each performance, there will be a Chinese pre-performance talk that allows all ticket holders to attend. For more information on the show and its relevant activities, please call 25289580 # 191~199.