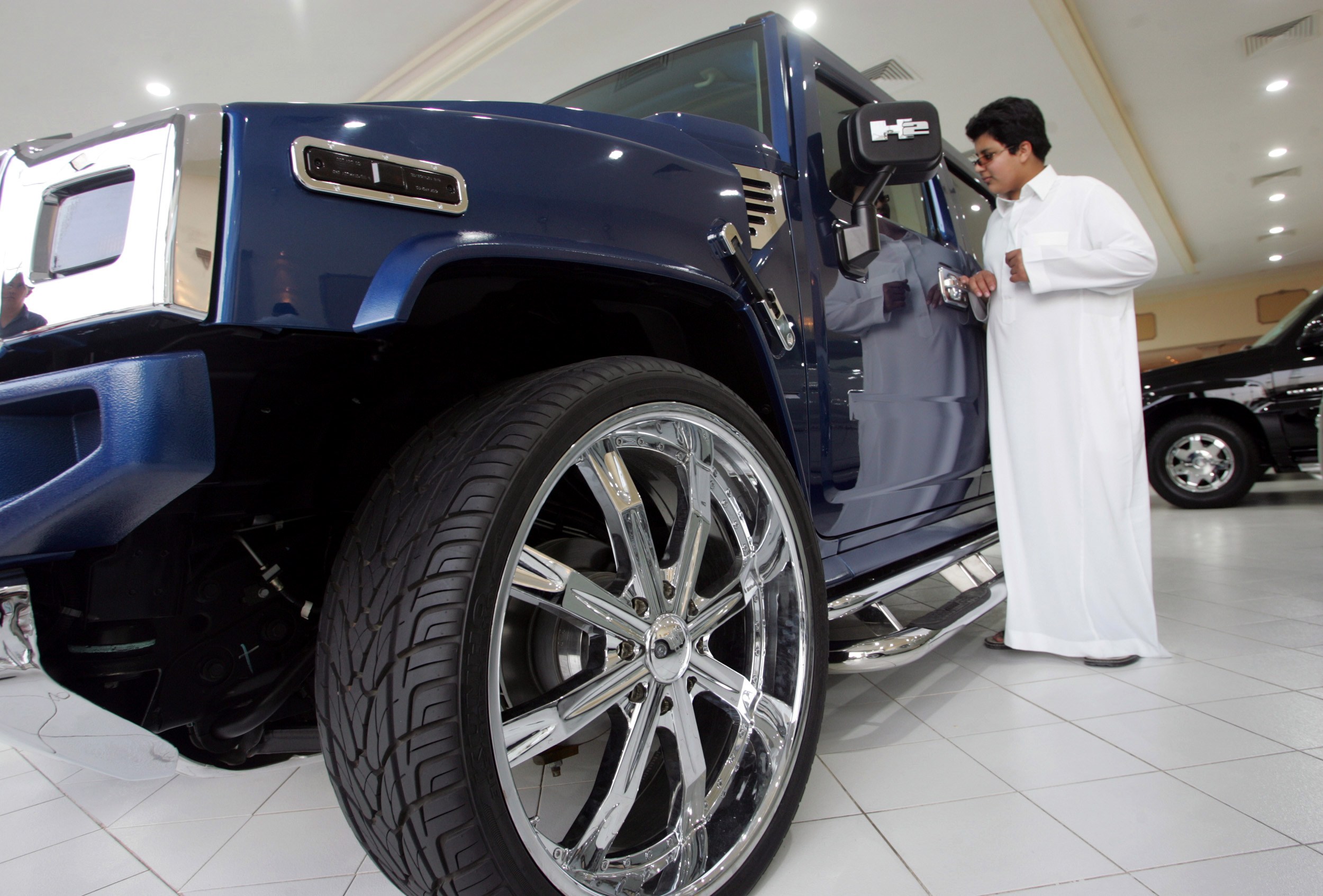 With inflation rising across the Gulf Arab region, Saudi Arabia's perennial problem of unequal distribution of wealth has never been so obvious.
While poor Saudis queue for hours to obtain water in the kingdom's second city Jeddah, others are able to take advantage of America's new-found disdain for gas-guzzling four-wheel-drives by snapping up imported cars.
Thousands of couples are cutting costs by forgoing individual weddings in favor of mass ceremonies carried out by a charity backed by Saudi princes. But the affluent are still going on holidays, albeit opting for cheaper stays in neighboring Arab countries rather than trips to Europe or Asia.
Surging oil prices have triggered a turnaround in Saudi Arabia's economic fortunes and a return to some of the big spending by wealthy individuals and the monarchy that characterized the 1970s and 1980s.
But the economic boom has also stoked prices for food and fuel, leading to discontent in a rapidly changing country where around two-thirds of the 17 million-strong local population are under 30, educated and outspoken and aware of events abroad.
This has put the royal Al Saud family which runs the U.S. ally along with clerics who administer Islamic sharia law under greater scrutiny.
In June, inflation in the world's top oil exporter hit a 30-year high of 10.6 percent, mainly on increases in food and housing costs.
"It hasn't reached the point that it's barred us from travelling. We will still travel like we used to and maintain the same lifestyle," said Ohoud, a bank manager from Riyadh who did not want to give her last name.
However, she said she had noticed that salaries were not keeping pace with prices.
John Sfakianakis, chief economist at SABB bank, HSBC's Saudi subsidiary, said the government could not raise wages to match inflation if it wanted to avoid adding inflationary pressures, but it risked angering workers.
"Public sector workers don't understand why the government is not raising wages to match inflation; there is a disconnection between expectations and what the government delivers and so there is discontent," he said.
The wealth gap
A January wage hike of 5 percent for government employees disappointed those Saudis who earn less than 10,000 riyals (US$2,666) a month, especially after Gulf neighbors moved more quickly to raise wages by larger amounts.
Saudis earning less than that figure would still expect to employ a driver and at least one maid. They are not taxed and receive free health and education and other benefits.
"I don't feel it has affected me too much because my family's financial situation is good," said Najla, 22, a bank intern in Riyadh, who did not give her last name.
"But I've noticed we don't buy as many things as we used to, like laptops. In every home, each person has to buy at least one a year, that's the usual demand. But not for us this year."
At the other end of the spectrum is Lulwah, 36, a mother-of-five who sells snacks on a mat at a park in Riyadh. She recently had to take out a loan from a charity.
"This is the second time I have done it and I have used the money to chip in with six other women to start a catering business," she said. "I have also taken to sewing clothes, some to sell and some to dress my children with, and it has helped me a lot. But things are still difficult for my husband and me."
Saudis are careful about expressing public criticism lest it be taken for dissent. But in anonymous Web forums, and in private, those who really suffer ask where the money has gone.
"Saudi Arabia is about to enter an era where there is no middle class, you will either find extremely rich people or extremely poor people, unfortunately," read a comment on a popular business news portal, www.alaswaq.net.
The question of how many people live in poverty remains taboo in a kingdom fabled for its tremendous wealth. But half the population rents its home, and 10 billion riyals has been set aside for low-cost housing.
Royal spending
As the wealth divide widens, the spotlight inevitably turns to the amount of money eaten up by the royal family, whose members run into the thousands. Some, like Prince Alwaleed bin Talal, are on lists of the world's richest people, compiled by magazines such as Forbes.
In the late 1990s, when oil was around US$10 a barrel, King Abdullah, then crown prince, said publicly that state finances generally understood to include living expenses for the royals should be reined in.