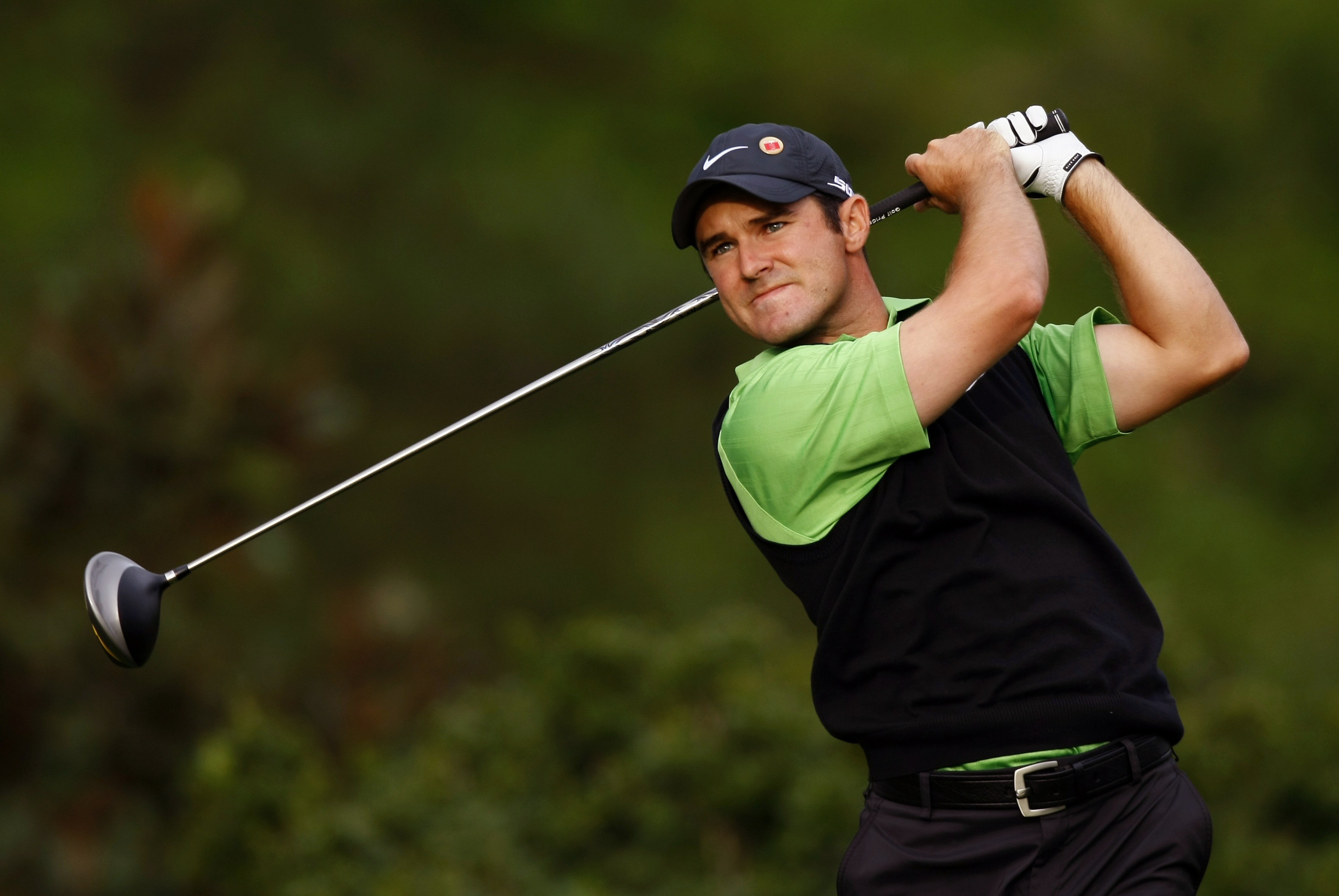 Long regarded as heir apparent to Ernie Els and Retief Goosen as South Africa's top player, Trevor Immelman was thrilled to close in on his first major title at the U.S. Masters on Saturday.
The 28-year-old kept his composure to stretch his overnight lead to two shots in the third round at Augusta National and is poised to follow in the footsteps of his childhood idol Gary Player.
One of the greatest golfers of all time, South African Player clinched the last of his three green jackets at the 1978 Masters.
"It's very exciting," Immelman told reporters after firing a three-under-par 69 for an 11-under total of 205.
"Gary has won this tournament three times and Ernie and Goose have come close so many times, and Tim Clark has come close and Rory (Sabbatini) came close last year."
South Africans have finished second at Augusta National five times in the last eight years.
"There's a few guys that have had a shot," Immelman added. "I count myself fortunate to be in this position and I'm just going to go and give it my best shot tomorrow."
One stroke clear at the tournament's halfway point, the three-times European Tour winner birdied three of the last five holes in damp conditions at Augusta to double his lead.
He signed off with a superb approach to three feet for a birdie at the last but accepts he will be entering uncharted territory by leading a major championship in a final round.
"All I can ask for myself is to go out there and play as hard as I can and believe in myself," Immelman said. "I've got to believe in myself tomorrow and hope for the best.
"There are so many great golfers out there that if I start resting on a two-shot lead here, I'm not going to do very well."
Among those pursuers, the South African will have taken special notice of world number one and four-times champion Tiger Woods, who trails by six strokes after shooting a 68.
"From tonight, I'm just going to think good, positive thoughts and give it my best shot," Immelman said. "That's all I can ask from myself, just to play as hard as I can."
Tipped for the top since his amateur days, Immelman wanted to be a professional golfer from the age of five. He played off scratch at the age of 12 and, at 17, represented his country at the Eisenhower Trophy in Chile in 1996.
However, he suffered the disappointment of losing three finals that year: the British amateur, the New Zealand amateur and the U.S. junior championship.
Since turning professional, he has won five times on the Southern African Tour, twice in events co-sanctioned by the European Tour, and clinched his maiden PGA Tour at the 2006 Western Open.