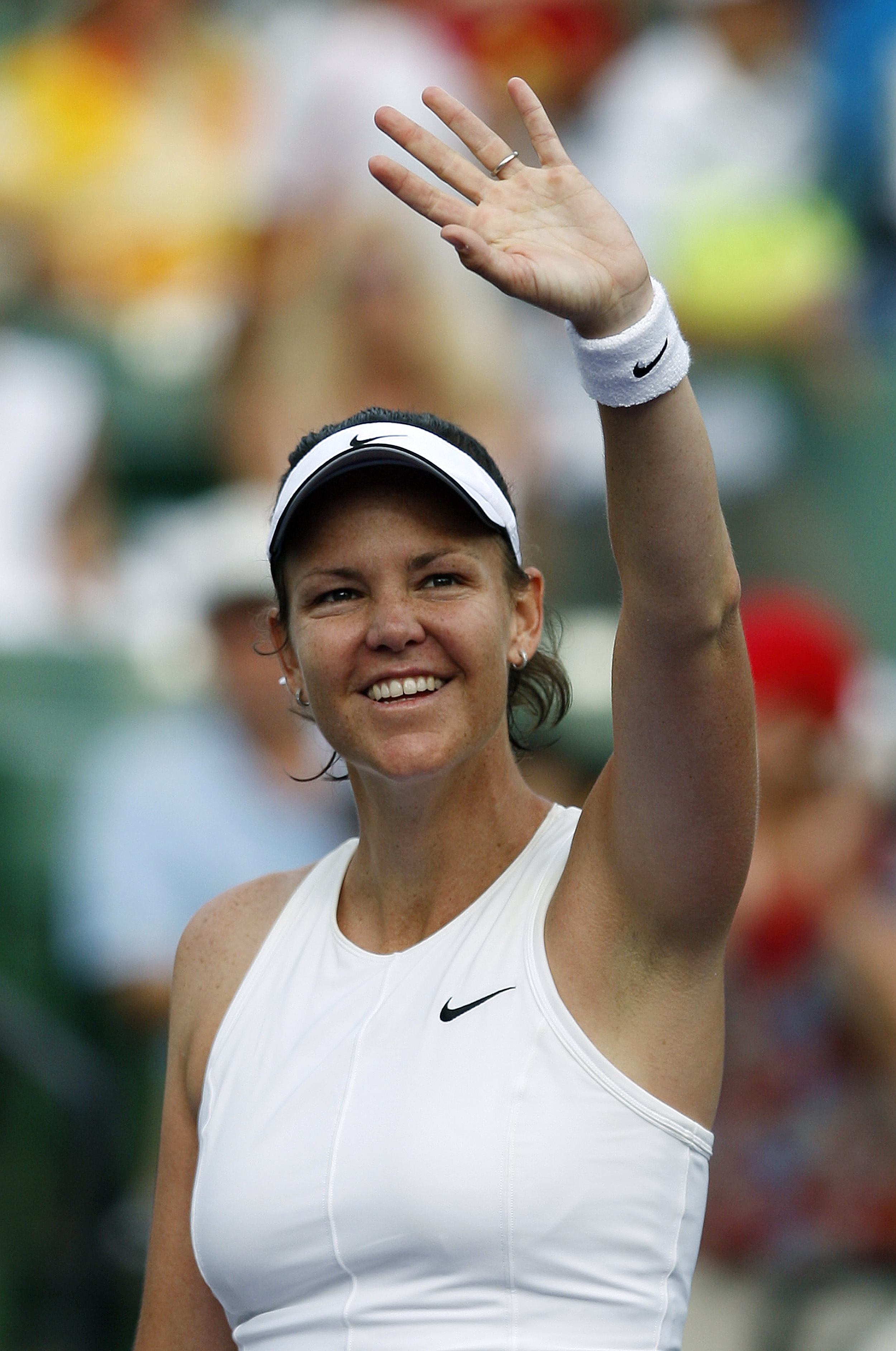 Former world number one Lindsay Davenport defeated Serbian second seed Ana Ivanovic 6-4, 6-2 to reach the fourth round of the WTA and ATP Masters Series hardcourt tournament on Sunday.
World number one Justine Henin of Belgium and third seed Svetlana Kuznetsova also advanced to the round of 16 at the US$7.54 million event with straight-set triumphs.
Davenport, 31, denied Ivanovic, 20, a chance at back-to-back triumphs after her victory a week ago in the Indian Wells final.
Instead Ivanovic followed Indian Wells men's finalists Novak Djokovic and Mardy Fish out of the tournament.
"Gosh, sometimes you just never know what to expect when you go out for a certain match on a certain day," Davenport said. "We had a really, really long tough first game, and I didn't win that game. I thought that was a really important game.
"It turned out that it wasn't that big a deal. I was playing really well. I felt really confident out there. Was hitting the ball well.
"Obviously she's had a great year so far. But it's very tough to play Indian Wells and Miami back to back, doing well in Indian Wells," Davenport added. "You can see on the men's side with Fish and Djokovic. I was trying to take advantage of that.
"You never know what your opponent will bring, but I could tell she was maybe a little fatigued, and I tried to take advantage of that."
Henin advanced to the fourth round with a 6-2, 6-1 victory over Italy's Sara Errani.
Henin, who has won two titles in four tournaments this year, will next face Russian Elena Vesnina, who outlasted American Ashley Harkleroad 6-4, 5-7, 6-4 after three hours and seven minutes, for a berth in the quarter-finals.