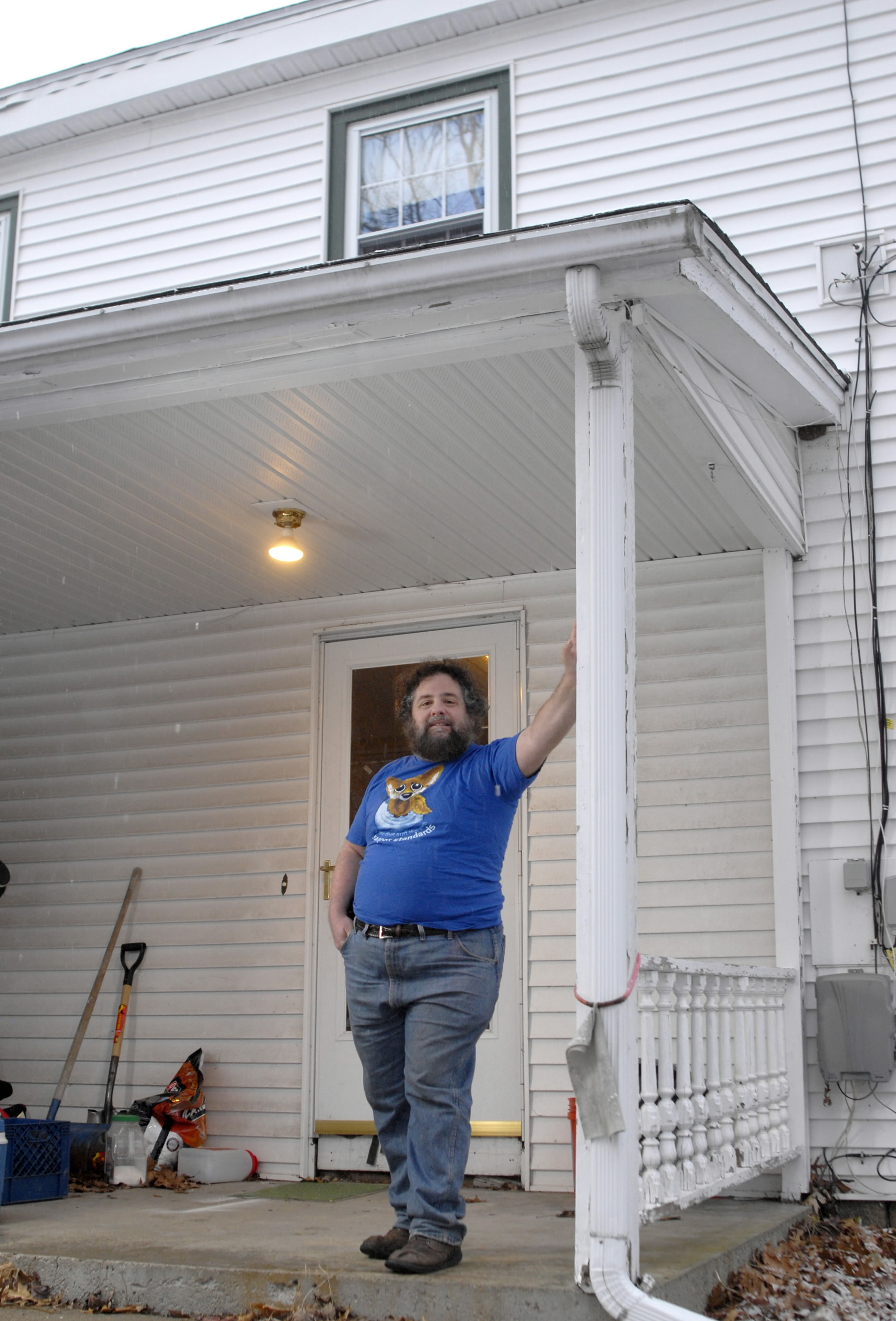 Everyone talks about the charm of owning an older house, a house with character and an individual style. But, at least in northern climes, the practicalities can be a serious drain on your wallet.
That was the (literally) cold reality that my wife and I encountered after we took possession of a 1796 Colonial farmhouse in southern New Hampshire. Bought during a lull in the real estate market in 1993, it seemed like a great bargain, a huge two-story house with a big kitchen, a barn, and five acres of land. We were able to buy it for about the same price as a new ranch-style house with an unfinished second floor.
We bought in January. The winterizing issues were readily apparent. The windows were circa 1930 and cracked; we got snow inside the house. The furnace ran constantly, and we still couldn't get the first-floor dining room above 60 degrees Fahrenheit.
We were burning 500 gallons of fuel oil a month.
We had new windows put in, which solved the interior snowscapes but had little effect on our fuel bills. This isn't surprising, according to Andrew Gray, the weatherization program manager for the New Hampshire Office of Energy and Planning. "Unfortunately, siding and window replacement don't have the same kind of return on investment as some of the other measures, such as insulation and air sealing," he says.
Dan Ramage, President of A+ Energy Services in Hampstead, New Hampshire, agrees. "Unfortunately, most people spend the money on the big-dollar items due to marketing hype, and they really don't realize much savings to justify the cost."
Over the next few years, we tried a number of measures, from having more insulation blown into the walls to putting down six inches of fiberglass insulation in the attic. When the house needed to be painted, we had 3/4-inch insulation board placed over the existing wood siding, and put vinyl siding on top of that. Nothing seemed to help: We were still filling our 250-gallon oil tank twice a month, at increasingly higher prices.
Older houses may need a good dose of insulation, according to Ramage. "A house built in the '50s typically only had one inch of insulation in the walls and three inches in the attic. If you get any older than that, you're lucky if there's any insulation in the walls or the attic, unless someone has already added it."
But once you've stuffed the house with insulation, or perhaps even before, you want to make sure your house is "tight." That's where an energy audit comes in - and not one of the free ones that the utility companies offer. A good energy audit should take at least an hour, Ramage says, and you should expect to pay at least US$250 for it, often more.
"We're going to look into all the areas of the home," Ramage explained, "and many of them are hidden areas. It could be the attic, it could be 'knee walls,' which are hidden areas in a Cape. We'll check the framing of the walls, see if there's some open chaseways," wall cavities used for ducts, plumbing, or wiring.
Ramage points to other areas worth investigating: heating-system ratings, basement-wall insulation - and the insulation on the heating and hot-water systems themselves.
A critical part of an energy audit for an older house is a blower-door test. This involves installing a door frame with a high-powered fan in one door of the house, and closing all the other doors and windows. By measuring how much air still can be drawn out of the house, it gives a picture of how leaky the house is and provides a baseline to measure improvements. Our initial blower-door test was a disaster: The auditor couldn't even get the house tight enough to get a read on the meter.
It turned out that four of our fireplaces that we weren't using only had pink insulation stuffed up the chimneys. Part of our budget went to placing sheet-metal barriers in the chimneys.
But our major expense was having polyurethane "hard cell" insulation blown onto the ceiling of our basement and the floor of our attic. This stuff looks like Styrofoam, but it's hard enough to walk on. It not only provides R-8 of insulation value per inch, but it also acts as a vapor barrier. It sealed off any drafts. Ramage recommends insulating the walls of the basement instead of the ceiling, since it will keep your basement warm as well, which reduces heating loss in the pipes or ductwork in the basement. It also helps waterproof basement walls.
We still don't have a perfect house. We managed to get our blower-door test down to about 5,000 cubic feet per minute of airflow (a tight house would have 1,000-2,000 CFM), and cut our monthly fuel-oil usage just about in half. Our dining room, which once hovered at a dismal 60 degrees on a cold day, now holds at 68. The work wasn't cheap, around US$17,000, all told. But with fuel oil in New Hampshire running more than US$3 a gallon, saving 1,000 gallons a winter will pay that back in five or six years - and reduce our carbon footprint, too.