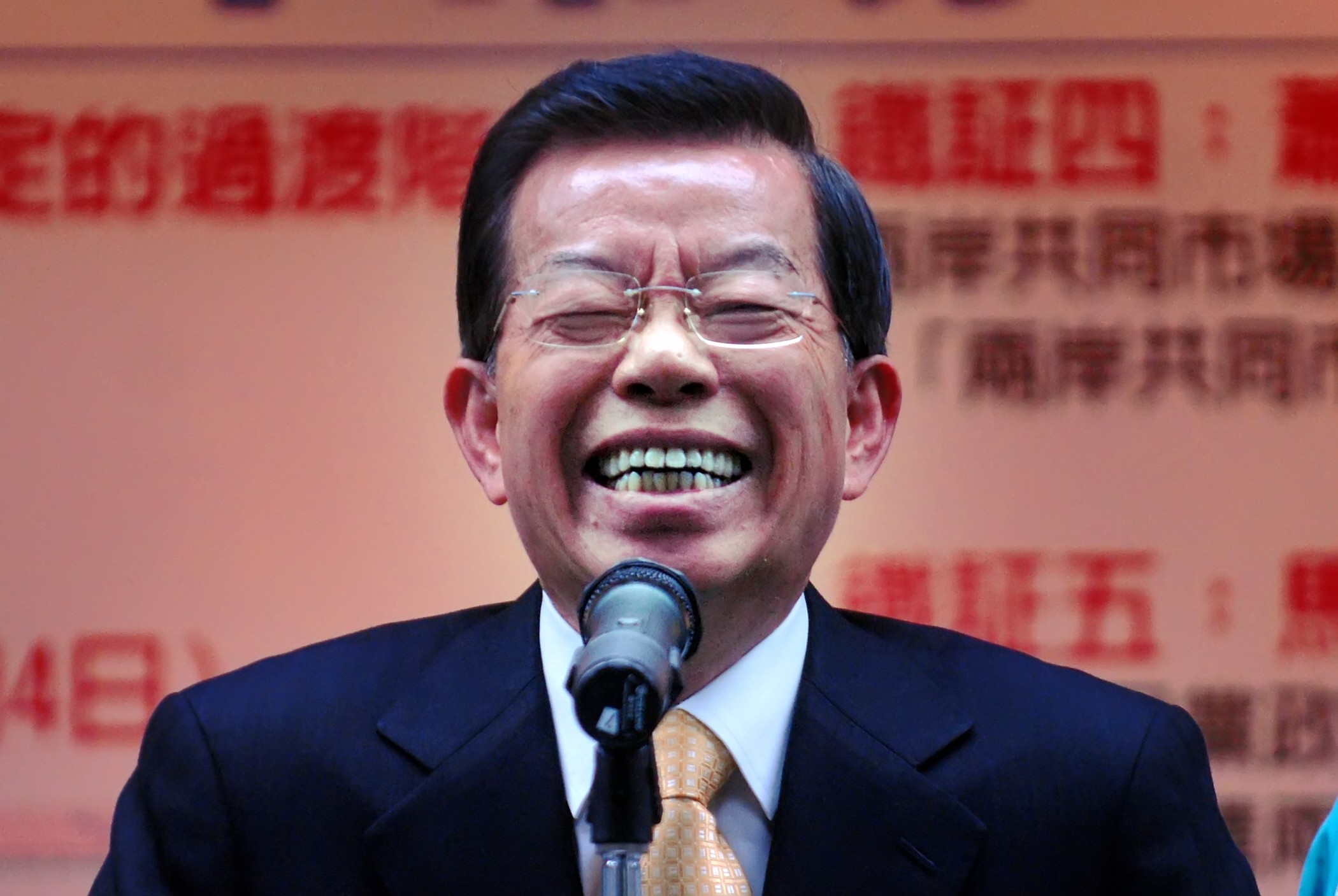 Ruling Democratic Progressive party candidate Frank Hsieh (謝長廷)expressed worries Friday about the common market championed by his rival, Ma Ying-jeou (馬英九) of the Kuomintang, in the first of four forums organized by the Central Election Commission.
Hsieh also assailed a 12-project infrastructure plan proposed by Ma, questioning how Ma would finance such an ambitious project.
Hsieh said that under the framework of the cross-strait common market, people and commodities would flow freely between the two countries, leading to local markets being flooded by Chinese commodities.
He cited the examples of a large number of Chinese garments, towels, and furniture already making inroads into the local market.
"Local laborers, farmers and small-and-medium-sized businesses will suffer under the common market framework, pushing the jobless rate up even further," Hsieh said.
In response, Ma defended the common market as a way toward a "dynamic economy, " saying that it basically means "the signing of a comprehensive economic cooperation agreement to normalize cross-strait relations."
Under the agreement, Taiwan will sell its agricultural products to China, Ma said, but he vowed "not to open Taiwan to Chinese laborers," and not let "those who hold Chinese academic credentials to take part in local license accreditation tests."
Hsieh was skeptical of Ma's proposal to invest nearly NT$4 trillion on 12 infrastructure projects in a bid to cut the jobless rate below 3 percent, raise annual economic growth to 6 percent and per capita income to US$20,000 by 2011 and US$30,000 by 2016.
Ma said that the government would invest NT$2.6 trillion over an 8-year period while soliciting another NT$1.3 trillion from the private sector to finance the plan.
With the forum coming one day after the 228 Incident, both candidates made references to the event in opening their presentations.
The 228 incident refers to the uprising against the corrupt KMT regime which took place on February 28, 1947 that was met by a brutal crackdown over the next two months and eventually led to the deaths of up to an estimated 28,000 people.