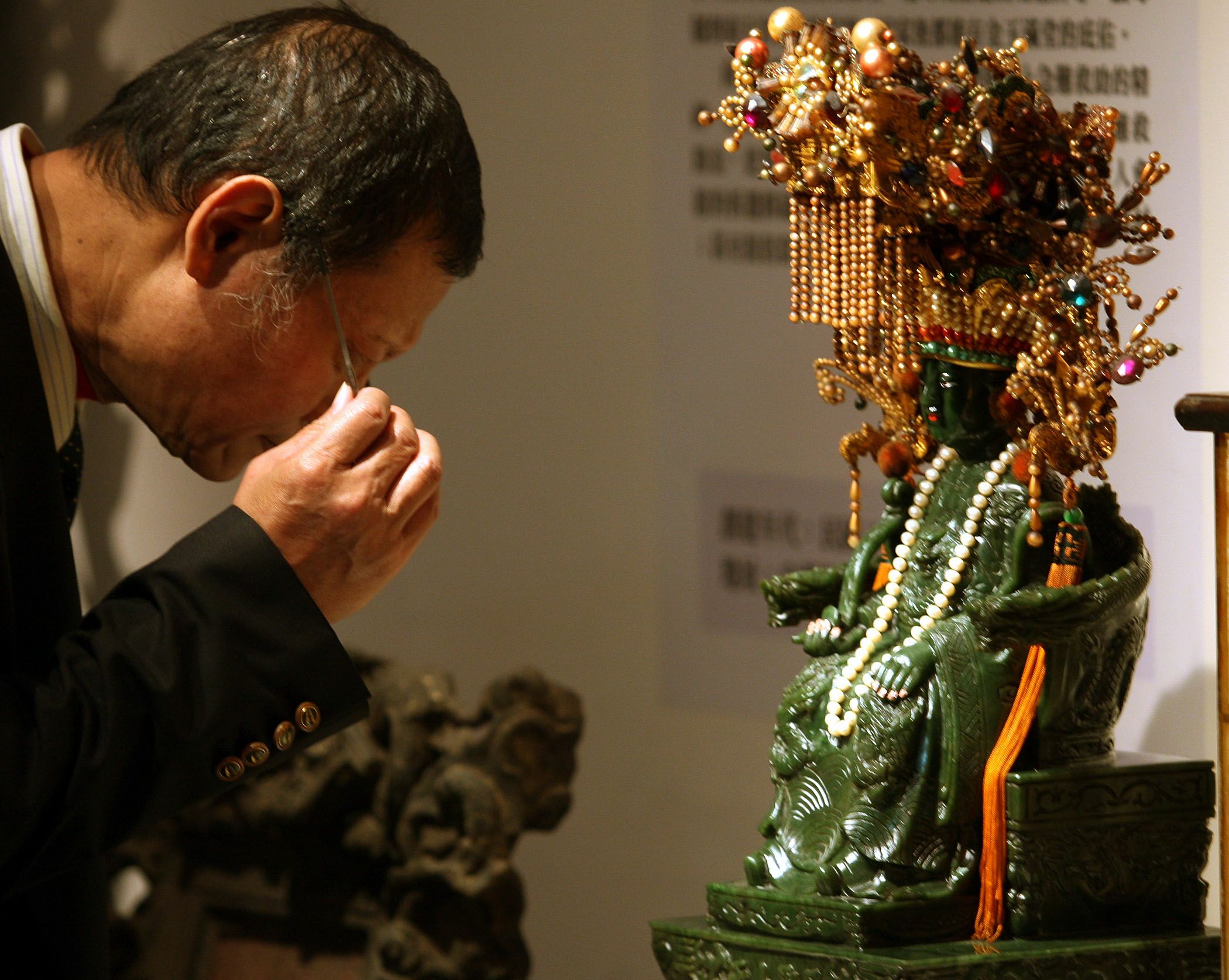 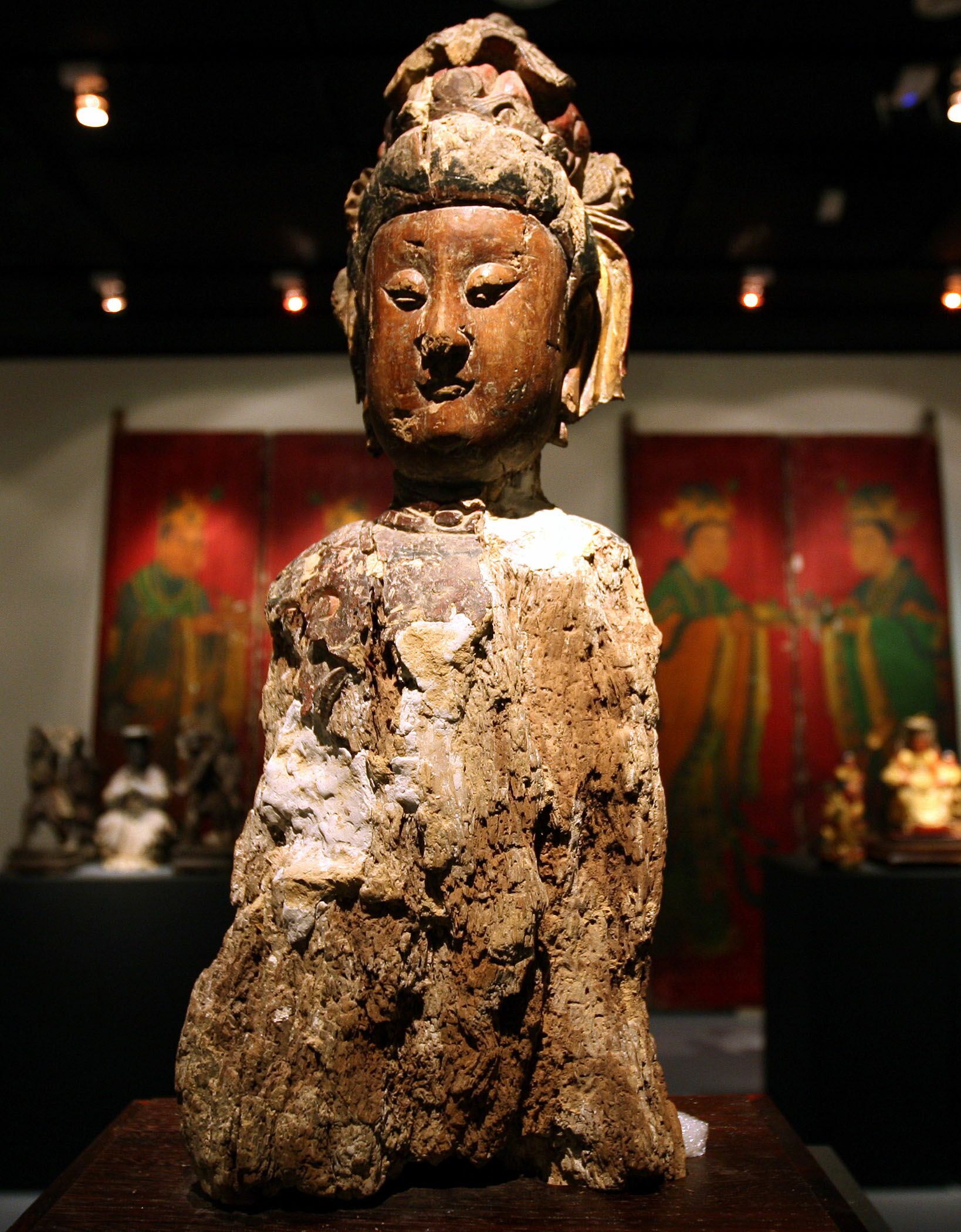 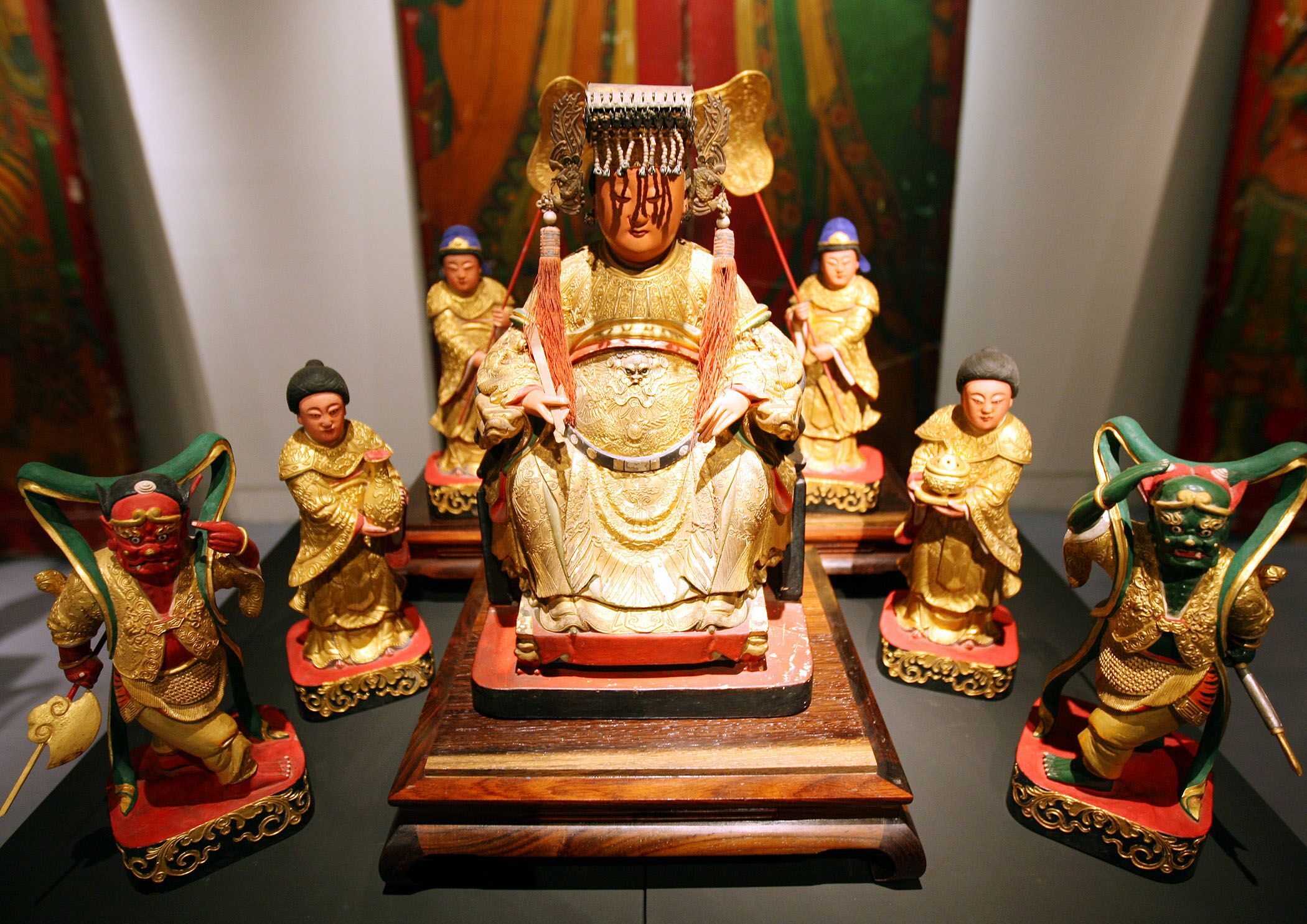 More than 70 Ma Zu josses from 16 temples gathered together at the National Museum of History in downtown Taipei for an exhibition on Taiwan's Ma Zu culture, an event which will run until March 23.
Huang Yung-chuan, director of the museum, said 16 Ma Zu temples around Taiwan were invited to contribute their treasures for an exhibition to be held before the frenzy in third month of the Lunar calendar, when Ma Zu's birthday falls. The frenzy refers to a period when local Ma Zu fans and believers enthusiastically participate in religious activities, mostly sponsored by Ma Zu temples around the island, to worship and extol the goddess.
The celebrated activity has been featured in the Ma Zu International Festival in Tachia, Taichung County, which is participated by tens of thousands of believers every year and hailed by the Discovery channel as one of three major religious festivities in the world.
The festival features a long pilgrimage by Ma Zu and escorting believers, covering about 300 kilometers and taking about a week's time to complete.
Guardian gods
The Ma Zu exhibition at the NMH, the largest of its kind ever held, features more than 300 Ma Zu relics, including the statues. An imposing Ma Zu statue about one meter in height was moved from the famous Jenlan Temple in Tachia, Taichung County and stands at the entrance to the exhibition hall. The statue is flanked by the guardian gods of "Thousand-mile Eye" and "Wind-following Ear."
Also displayed at the exhibition are cultural relics related to Ma Zu, such as palanquins, old censers, horizontal inscribed boards from Qing Dynasty, and clothing and other articles on Ma Zu josses.
Materials used to make the exhibited Ma Zu josses include wood, copper and gold. The golden Ma Zu, provided by Nantien Temple in Yilan County, is the first Ma Zu statue made of pure gold.
A wood-sculptured Ma Zu statue from Jenlan Temple is said to have existed for 500 hundred years and is the oldest among its like in the showroom. The statue, which is about 20 centimeters tall, is mottled and its paint is peeling off.
Ke Su-ming, the museum's Exhibition Division chief, said Jenlan Temple went on the word of a local senior citizen that the statue dates back to the last years of the Yuan dynasty.
Also on display are some Ma Zu statuettes, about 10 centimeters in height, which are rarely seen in temples. They are believed to have been worshiped on fishing boats or merchant ships, which explains why Ma Zu is the goddess of the sea, Ke said.
Most of the exhibited Ma Zu statues adopt an empress's look, an indication that they were made after 1684 when Ma Zu was given the title "The Queen of Heaven" by Emperor Kangxi in Qing Dynasty, according to Hsieh Chung-jung, a director of Chinese Folk-Arts Foundation.
Exclusive
The imperial-looking Ma Zu is crowned with a phoenix coronet with 11 strings of beads at the front end of the crown and dressed in a ceremonial robe and a jade belt, an exclusive decoration for goddesses, and is holding a jade bar for ritual services. Ma Zu is also enrobed by a colorful scarf over the ceremonial robe in modern days to make her look more splendid, Hsieh said.
Statues of the "Eighteen Arhats," courtesy of Ciyou Temple in Sinjhuang, Taipei County, which were once stolen along with some josses of other deities but were recovered by police 20 years later, are also the focus of the exhibition.
Among the displays are also door planks with the painting of Gods of the Door hailing from Jenlan Temple.