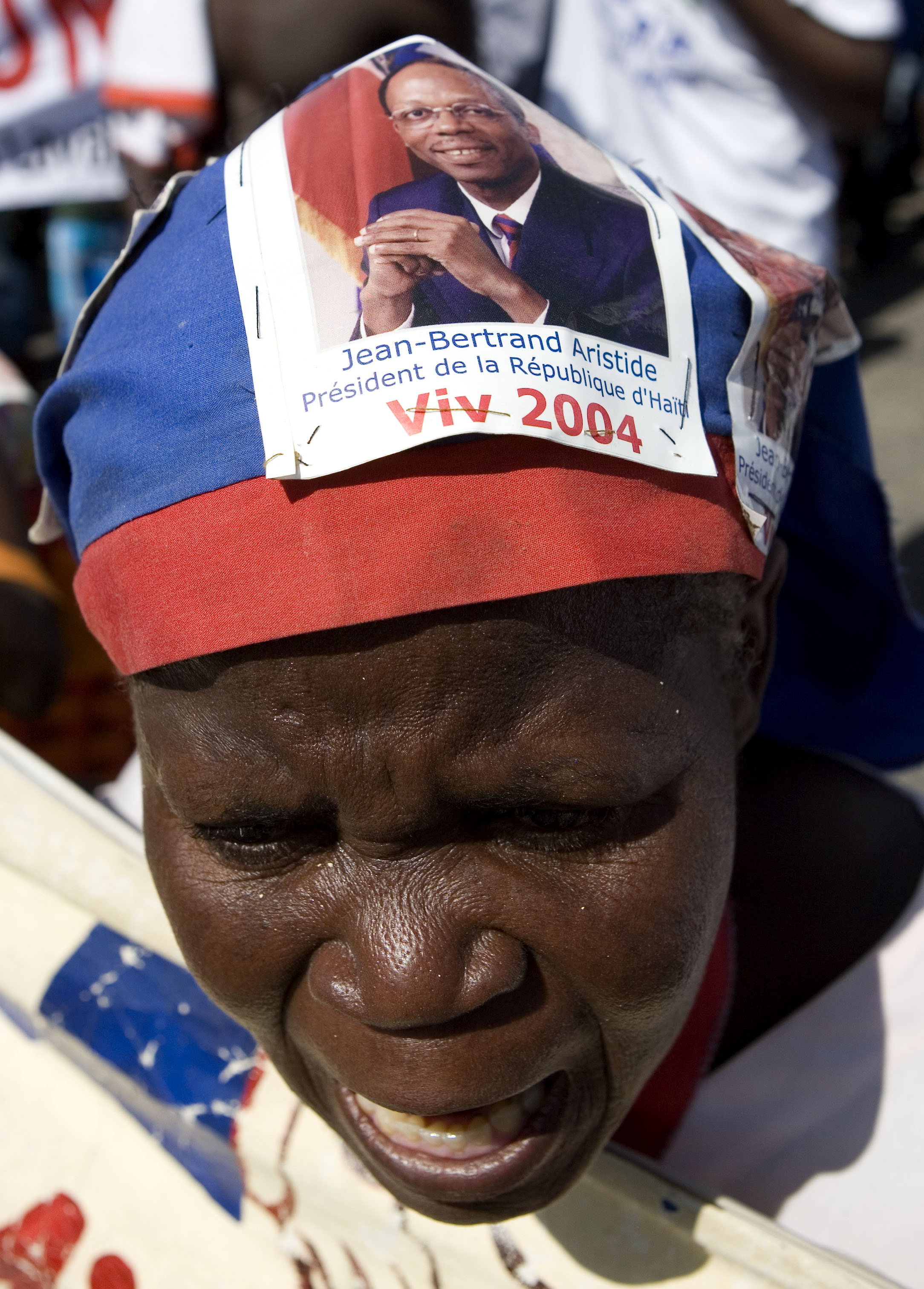 Protesters jammed the streets of Haiti's capital Friday to mark the fourth anniversary of former Haitian President Jean-Bertrand Aristide's ouster, with thousands marching to the presidential palace to demand his return from exile.
Supporters climbed hills and crossed bridges over garbage-filled canals in the slums of Port-au-Prince, dancing and singing, "Our blood is the blood of Aristide. We will not betray him!"
Criticisms
The peaceful crowd, estimated by police at 5,000, also criticized Haitian President Rene Preval and the U.N. peacekeeping force that has been in place since Aristide's departure, blaming them for rising food prices and rampant unemployment.
Aristide, a former priest, escaped a rebellion on February 29, 2004, aboard a U.S.-supplied jet.
He later accused the U.S. of kidnapping him in a coup - a charge Washington denies. He now lives in South Africa.
"Preval knows that if Aristide comes back, he will be the leader of the people here," said Wilson Mesilien, coordinator of the pro-Aristide September 30 Foundation.
Like many protesters, he wore a T-shirt demanding the return of foundation leader Lovinsky Pierre-Antoine, a human rights activist and critic of both U.N. and U.S. involvement in Haiti who disappeared in August.
Threats
Supporters say Pierre-Antoine received threats beforehand because of his ties to Aristide.
Some marchers toted papier-mache coffins representing international groups such as the U.N. and the Organization of American States, which has been criticized for its involvement in Haiti elections.
Not all supported the demonstration. A street vendor watching the crowds in the Bel Air neighborhood shouted, "You're trying to put the egg back into the chicken!"
Marchers shouted back, "He will return!"