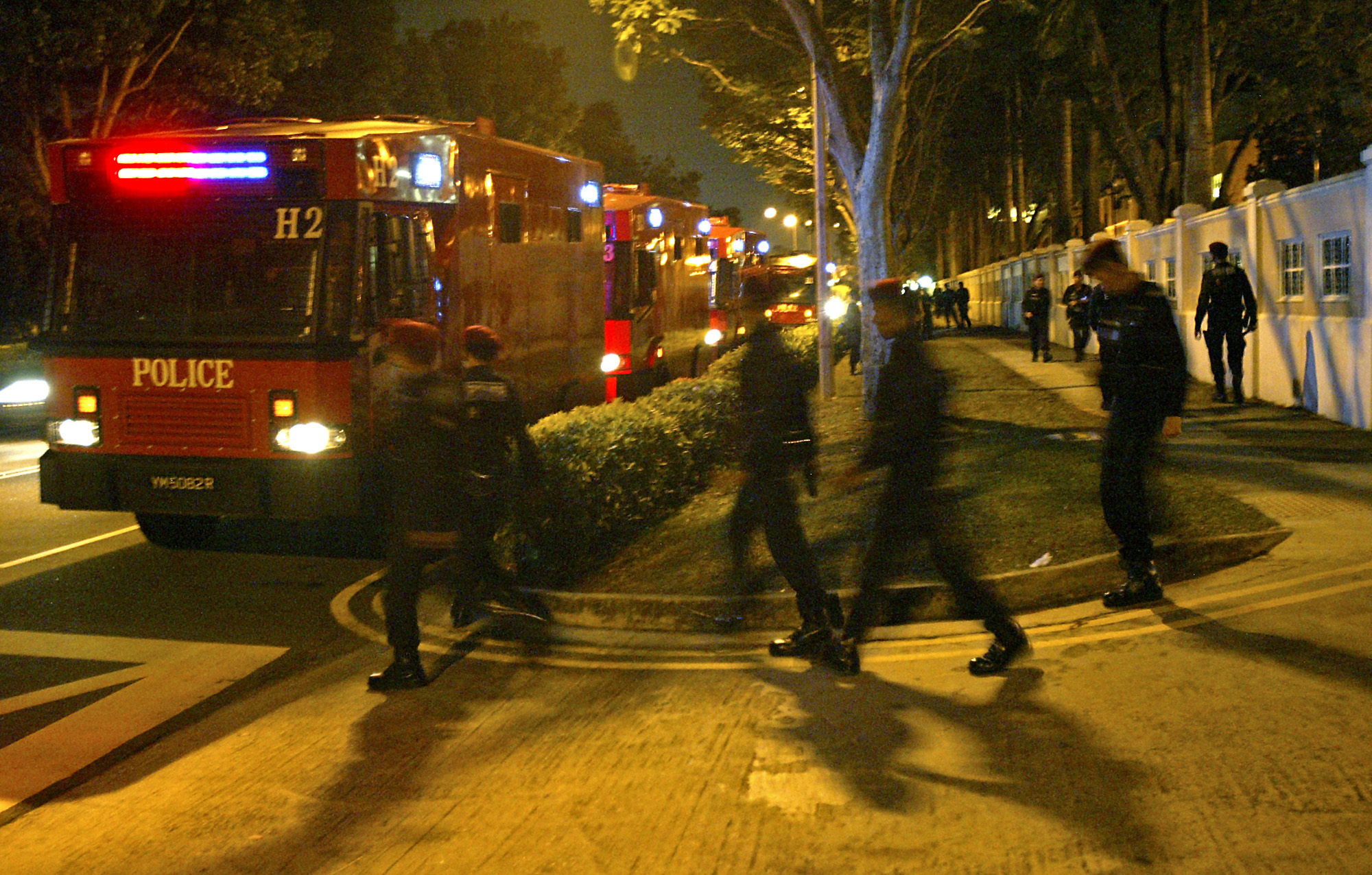 Interpol said it has issued a worldwide security alert following the escape of an alleged Islamic terror leader from a jail in Singapore.
The international police organization said Friday it put out an "Orange Notice" for Mas Selamat Kastari, a suspected commander of the al-Qaida-linked Jemaah Islamiyah's Singapore arm.
Mas Selamat, 47, who is accused of once plotting to hijack a plane and crash it into Singapore's international airport, escaped from a detention center Wednesday.
"When it comes to escapes, the first hours are crucial," Interpol's executive director of police services, Jean-Michel Louboutin, told The Associated Press. Louboutin said authorities have "no trail for the moment." Mas Selamat is "someone who presents a potential physical danger to others, but also a potential danger by organizing future bombings," he said.
The government said Mas Selamat escaped because of a "security lapse" at the detention center. He had been taken from his cell to a room where he was waiting for a scheduled visit.