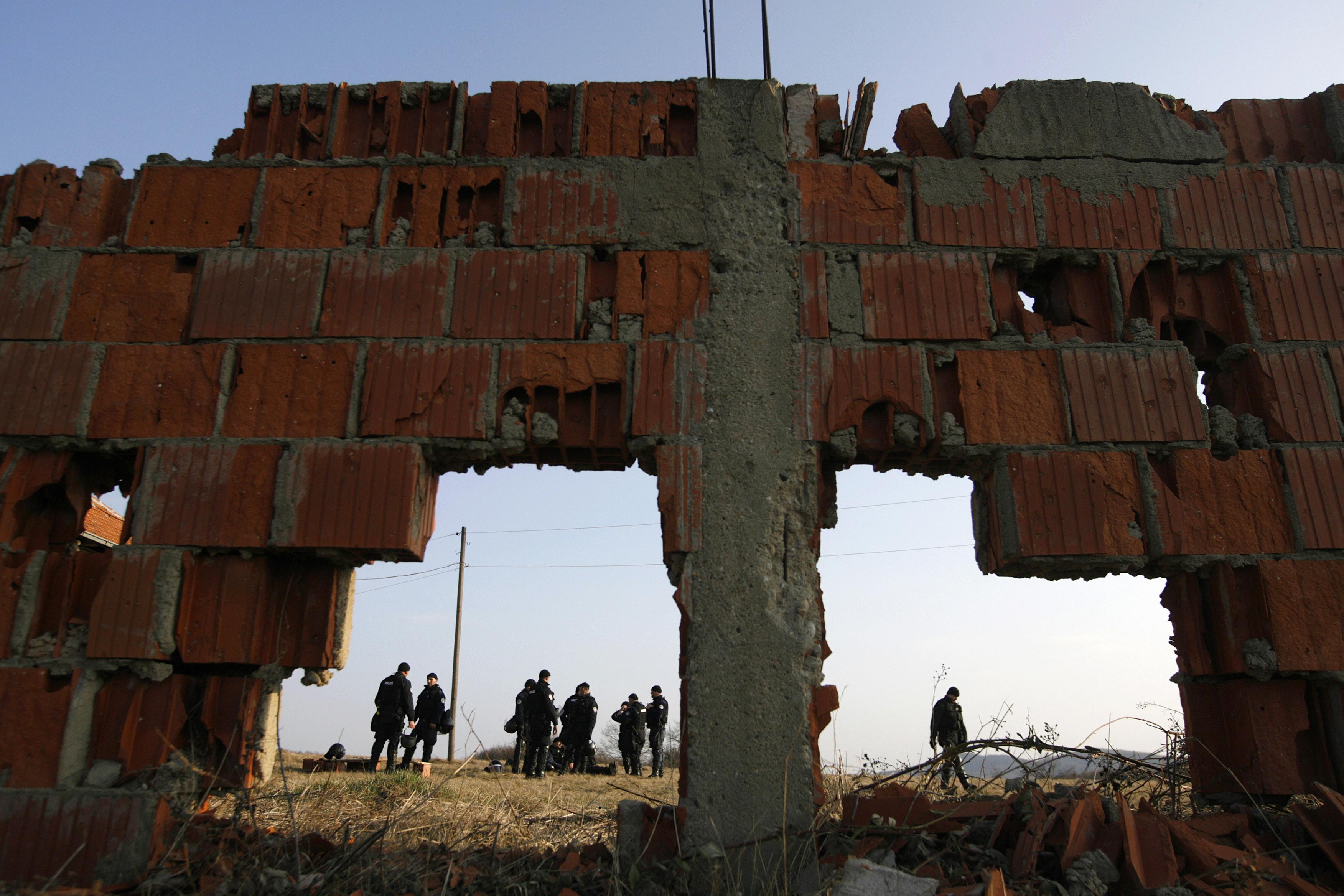 The West has said it won't allow another dysfunctional Bosnia in the Balkans. But that might be precisely what it gets in Kosovo.
Torn apart in the 1992-5 conflict over the breakup of Socialist Yugoslavia, Bosnia has been under Western protection for more than a decade and its Serb half is still resisting European Union-backed efforts to centralize the administration.
Its two autonomous parts, the Serb Republic and Muslim-Croat federation, have separate governments, parliaments, police, courts, budgets, stockmarkets and even school textbooks and the lack of cooperation is stymieing its chances of joining the EU.
When the West began pushing for a decision on the future of Kosovo, under U.N.-control since Serb atrocities against separatist Albanians in 1998-9, it ruled out dividing it along ethnic lines as in Bosnia.
But less than two weeks since Kosovo's Albanian leaders declared independence from Serbia with Western backing, Serbs are entrenching the ethnic divide, rejecting EU overtures and dismantling the few remaining ties with the capital, Pristina.
Serbia is implementing a plan to tighten its grip on Serb areas, notably the north where Serbs live in almost total isolation from Kosovo's Albanian-dominated institutions.
"Imagine you place a transparent map over the map of Kosovo," said a senior Western official in Kosovo. "Over the map of Kosovo, a second map marks Serb areas which Belgrade controls. That's what Belgrade is doing."
Customs, police and courts are all being targeted in a concerted effort to divide them between Serbs and Albanians.
Within days of Kosovo's February 17 declaration, Serb mobs had burned down the two main border posts on its northern border, and Serbs have so far prevented the return of customs officers.
On Friday, some 500 Serb officers in the Kosovo police service boycotted work, demanding they no longer report to the force headquarters but to the U.N. police.
Serb officers in the north are already reporting to the U.N. police, fuelling fears the force is splitting in two.
A Serb minister said this week Serbia planned to have "our own police" in Serb areas of Kosovo. It was all part of an 'action plan' to maintain Serbia's presence, he said.
'Loyal citizens'
Serbia knows it cannot control Albanian areas, but Prime Minister Vojislav Kostunica says it will continue to rule parts of Kosovo where "loyal citizens" look to Belgrade for support.
James Lyon of the International Crisis Group thinktank said Belgrade saw Bosnia's division as a model for Serbs and Albanians in Kosovo, which it still considered part of Serbia.
"The Republika Srpska (Bosnian Serb Republic) style is acceptable for Serbia, but within the confines that it (Kosovo) is still part of Serbia," he said, adding "It's partition on all levels."
In Kosovo, 120,000 Serbs live parallel to the roughly 2 million Albanians who now run the country. Almost half live in the north, the rest in scattered enclaves watched over by a 16,000-strong NATO-led peace force.
A condition of Kosovo's independence was that its Albanian leaders allowed full Serb participation in government and prevented any return to the Albanian violence against Serbs that followed NATO's takeover of the then-province in 1999.
But as in Bosnia, Kosovo's Serb leaders are not interested in integration and while in Bosnia, a common language and culture are divided only by ethnicity and religion, in Kosovo there are two languages, two cultures and two religions.
Before the Yugoslav federation fell apart, communities in Bosnia were mixed. In Kosovo, Serbs and Albanians always led very separate lives. It is a much deeper gulf to bridge, said a Western diplomat.
Russian backing
The Serbs only briefly took part in Kosovo's parliament after the 1998-99 war, and boycotted elections in 2004 and 2007 under orders from hardliners and the Serb Orthodox Church.
They trade in the Serbian dinar, not the Euro. They are schooled according to the Serbian curriculum, treated by the Serbian Health Ministry, make phone calls through Serbia's fixed-line operator and apply for driving licenses and other documents through authorities that take orders from Belgrade.
Serbia has the backing of Russia, which insists Western recognition of Kosovo is illegal without a new U.N. Security Council Resolution, which Moscow last year blocked.
An advance EU team taking over supervision of Kosovo have withdrawn from the Serb stronghold of Mitrovica over security worries. Branded "occupiers" in advance, it is unclear how the mission, which has yet to fully deploy, will operate in the north without round-the-clock NATO guard.
Albanian inmates and staff at the Mitrovica prison have been relocated, and Serb protesters have stopped dozens of Albanians from working at the town's court.
The north is even bidding for its own parliament when Serbs in Kosovo take part in Serbian local elections in May.
Kosovo Serb politician Oliver Ivanovic said the division would be long-term. "This status, by which the north will be similar to (Bosnia's) Serb Republic, will not last months, but years."