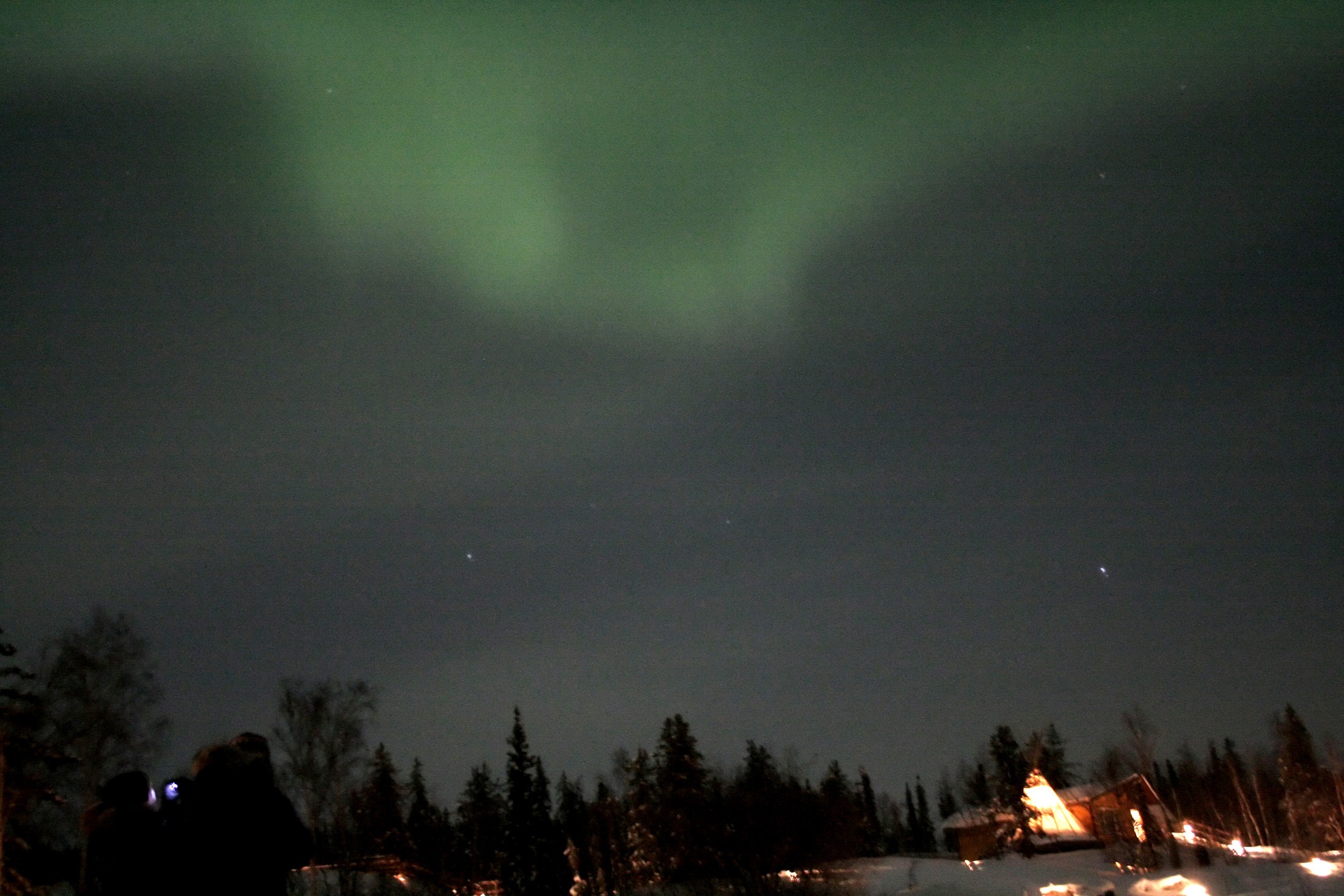 In the subarctic woods of Canada's Northwest Territories, a quiet crowd searches the moonlit sky, a wave of concern creeping into hushed voices. Time is running out.
Then a funnel of greenish light appears in the east, hanging still at first, then rippling like steam in a glass tube. On the opposite horizon, a waving curtain of color spreads above the trees, drawing shouts of glee from the crowd.
"It's so romantic!" a woman shrieks, clasping her partner's hand. Others are busy adjust-ing their digital cameras.
The Northern Lights have made their appearance, the highlight of the day for a group that has crossed an ocean and endured freezing temperatures to seek them out.
More formally known as aurora borealis, the lights have made the northern mining center of Yellowknife - population roughly 20,000 - a travel hub for mostly Japanese tourists eager to take advantage of the town's nearly ideal viewing conditions.
'Aurora oval'
While Alaska and Scandinavia boast their own borealis viewing industries, local operators claim the conditions outside Yellowknife - flat and for much of the year very, very cold - are perfect.
As well, the city's proximity to the "aurora oval," a magnetic band that circles the magnetic pole in the upper Northern Hemisphere, means the lights can occur at nearly any point in the sky.
And so a cottage industry has risen to handle the estimated 6,000 tourists who annually pump millions of dollars into the local economy during the prime winter viewing months.
While the territory boasts 11 official languages - English, French, and nine native tongues - it's English and Japanese you'll find on menus in the better hotels.
Air Canada, meanwhile, has introduced a direct flight from its Asian travel hub of Vancouver, British Columbia, during winter months to keep up with demand.
On a recent nighttime venture to a viewing spot about 30 kilometers outside of town, tourists are crammed into two school buses in heavy parkas, snow pants and ski masks.
Following a short trek across a frozen lake, the group is shepherded into a heated tent for a short presentation in Japanese about the lights.
Maho, who did not give her surname, has made the trek from Vancouver where she works at Starbucks as part of a work-abroad program. She will spend three evenings out at the site, hoping that at least one will provide ideal viewing conditions.
Asked about the popularity of the lights in her native Japan, she said: "We learn about them in school, so we come here."
Hideo Nagatani, manager of local operator Aurora Village, says the appeal for the Japanese is simply a cultural love of nature's grandeur.
"It's like during the fall season, many Japanese flock to Quebec and Ontario for the changing of colors on the leaves," he said.
"Where there is something very spectacular, they will travel around the world to really see it."
Caused by the collision of solar-charged protons and electrons with the earth's upper atmosphere, the borealis typically appears as green and red curtains of light that dance across the sky.
Several cultures have their own folklore surrounding the lights. An Algonquin Indian myth held the lights were the souls of ancestors dancing around a fire.
Folklore
The Japanese fascination with the lights also has its own bit of folklore: that conceiving a child beneath the lights will bring good luck.
One Thursday evening in February, the crowd seemed set for disappointment as clouds obscured the sky.
Small snowflakes whirled, sparkling in the occasional camera flash. The temperature was minus 20 degrees Celsius (minus 4 degrees Fahrenheit).
"It needs to be colder," says Clayton Abichon, the lone fluent English speaker on staff this evening, referring to the abnormally balmy conditions for a mid-February evening 500 kilometers south of the Arctic circle.
So when about 30 minutes before midnight the sky finally cleared, a rush of humanity bursts from the tents, where many had been taking refuge from the cold.
The display fades at one end the sky and starts at the other, almost moving around the horizon at times, while sled dogs howled in their kennel farther down the frozen lake shore. The crowd oohed and ahed as it would at a fireworks display, with many lying on their backs on the snowy ground for a better look.
Most will be back the following night, hoping for even colder temperatures and another light show worth crossing an ocean for.