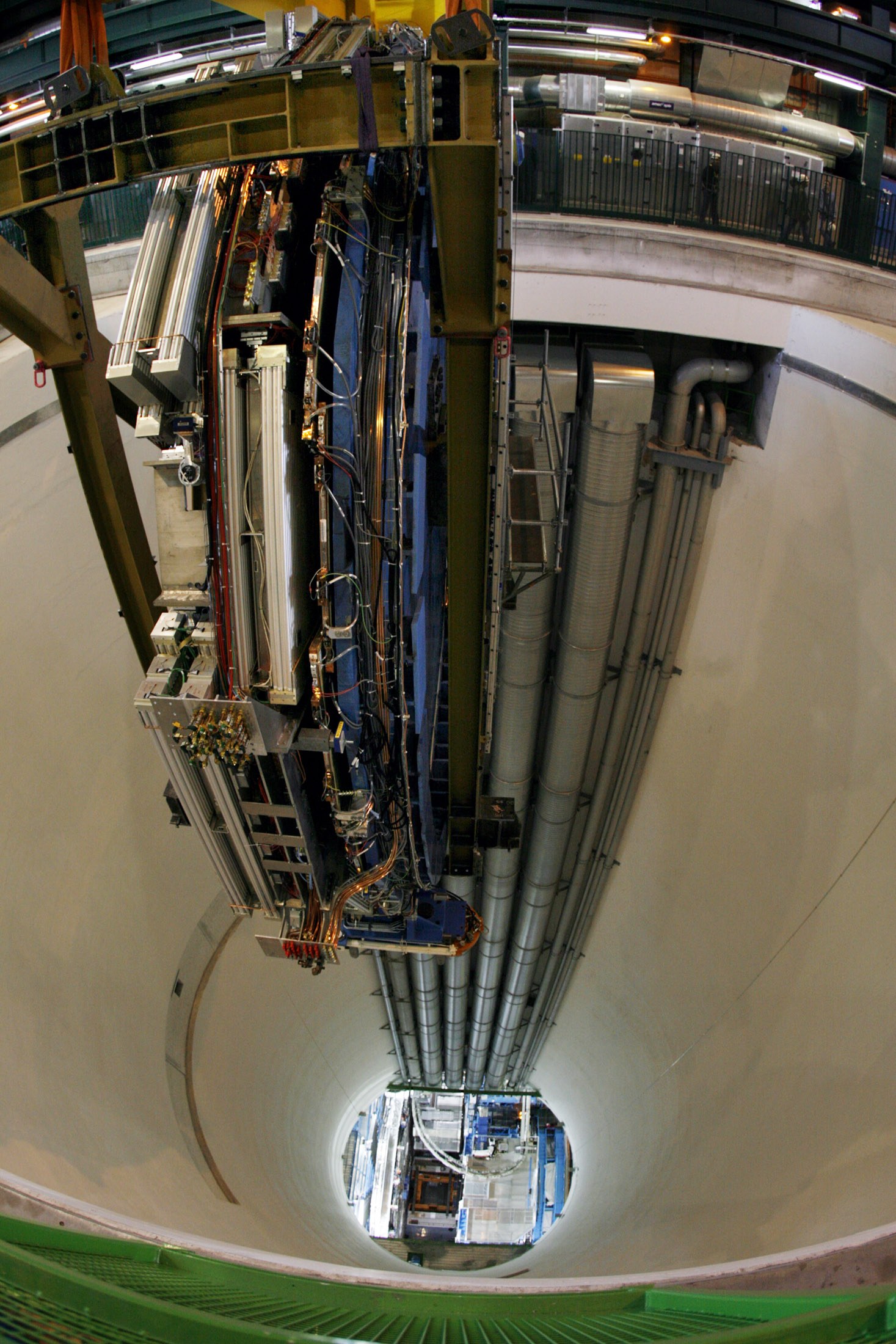 A 100-ton wheel, the last piece of an ambitious experiment that scientists hope will help unlock the secrets of the universe, was successfully lowered into an underground cavern on Friday.
It is the final major element in the ATLAS particle detector, the largest of four detectors being hooked up to the world's most powerful particle accelerator which the European organization for Nuclear Research hopes to start up around the middle of 2008.
"This last piece completes this gigantic puzzle," CERN said in a statement.
The wheel was lowered down a 100-meter shaft and aligned within a millimeter of other detectors at CERN, the world's leading center for particle research located at a sprawling complex along the Swiss-French border.
The ATLAS detector will measure particles called muons expected to be produced in particle collisions in the accelerator, known as the Large Hadron Collider.
The LHC will recreate conditions just after the Big Bang, which many scientists believe gave birth to the universe, by colliding two beams of particles at close to the speed of light.
"As particles pass through a magnetic field produced by superconducting magnets, this detector has the ability to accurately track them to the width of a human hair," CERN said.
Experiments at the LHC, which lies in an underground tunnel measuring 27 kms in circumference, should allow physicists to take a big leap on a journey that began with Isaac Newton's law of gravity, it said. Science has been unable to explain fundamental questions such as how particles acquire mass. The experiments will also probe the mysterious dark matter of the universe and why there is more matter than antimatter.
"Soon the first protons will be smashed together and the secrets of our universe will begin to unravel," CERN said.
CERN spokesman James Gillies said: "We know about 4 percent of the universe. The LHC might teach us about what the remaining 96 percent of the universe is made of, what cosmologists call dark matter."
Once the LHC starts running, it is likely to take a year for "new physics" to emerge, he said. Useful science is expected to continue unfolding for up to 20 years.
Some 10,000 scientists from around the world have worked on the complex apparatus since construction began in 1994.
Before the LHC can be started up, some 38,000 tons of equipment must be cooled to minus 271 degrees Celsius for the magnets to operate in a superconducting state. This is done using many tons of liquid nitrogen and liquid helium.
"That is actually colder than outer space. It is a very big task," Gillies said.
"It's essentially how a refrigerator works, it is just an extraordinarily large one and the temperature is incredibly cold."