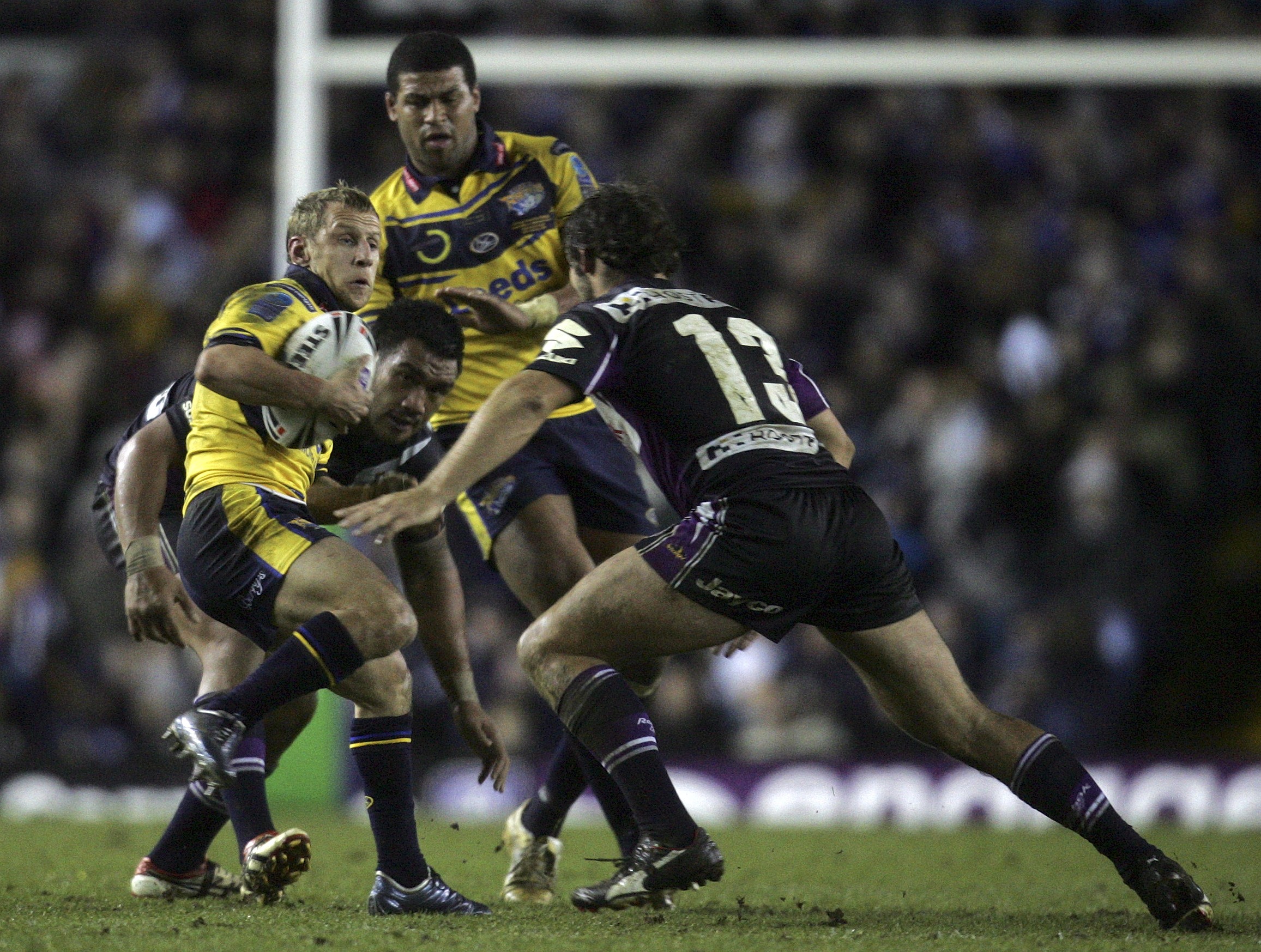 English Super League rugby champions Leeds Rhinos fell back on an iron-clad defense to beat Melbourne Storm 11-4 in the World Club Challenge match here on Friday.
In atrocious conditions, Leeds made it seven victories for English champion clubs in nine editions of the annual clash against the winners of the Australasian National Rugby League.
"The conditions were awful, but the forwards were awesome and the defense we showed was awesome," said Leeds loose forward Kevin Sinfield, named man-of-the-match after kicking seven points, including a vital late drop-goal.
"It was a cracking game and it really could have gone either way.
"We've been building for this for a long time. It's been the focus for us, we've been getting better and better in Super League. We're very happy."
With their season still a fortnight away from starting, Melbourne were facing a Leeds side that had already played four Super League matches but the Australians showed little ring rustiness although they flagged late in a physical encounter.
It was Sinfield who opened the scoring with a 11th minute penalty after Storm full-back Billy Slater, who had opened brightly, offloaded the ball after a tackle was called.
The Storm hit straight back through Ryan Hoffman, the second-rower doing well to evade a desperate Sinfield tackle to score as the Leeds defense stood off in anticipation of a kick on the fifth tackle.
Steve Turner missed the conversion in blustery, rain-swept conditions at Elland Road stadium that will have left Leeds United football fans worried for the state of their club's pitch.
The Storm, who had 11 of their Grand Final squad in their starting line-up but who were crucially missing captain and goalkicker Cameron Smith - voted the world's best player last year - then enjoyed a 20-minute period of supremacy.
The Australian forwards led the charge into a harried English defense that struggled to cope with their sheer physicality and the simple ability to play out their sets of tackles.
But Leeds responded against the pattern of play with a try from Scott Donald just before half-time.
The winger crossed unmolested after receiving an inch-perfect pass from diminutive Kiwi full-back Brent Webb down the blindside after the latter had weaved across the backline and drawn in Israel Folau and Turner.
Sinfield kicked the extras to hand Leeds a vital 8-4 half-time lead and was on hand to notch up a second penalty in the 60th minute after Jeff Lima was whistled for an illegal tackle on Rob Burrow.
A brief flurry of fisticuffs broke up a game of attrition where iron defense ruled, a handful of players from both sides racking up 30-plus tackles and another handful leaving the pitch injured.
Leeds forward Carl Ablett then had a try ruled out after a slight knock-on chasing a Burrow chip over a flat Storm defense.
With 15 minutes to play, Sinfield nailed a 30-meter drop-goal to stretch Leeds' lead to seven.
Melbourne, who beat St. Helens in the 2000 Challenge, had a late effort by Will Chambers disallowed after the winger stepped into touch when scoring to ensure there would be no repeat of their previous win.