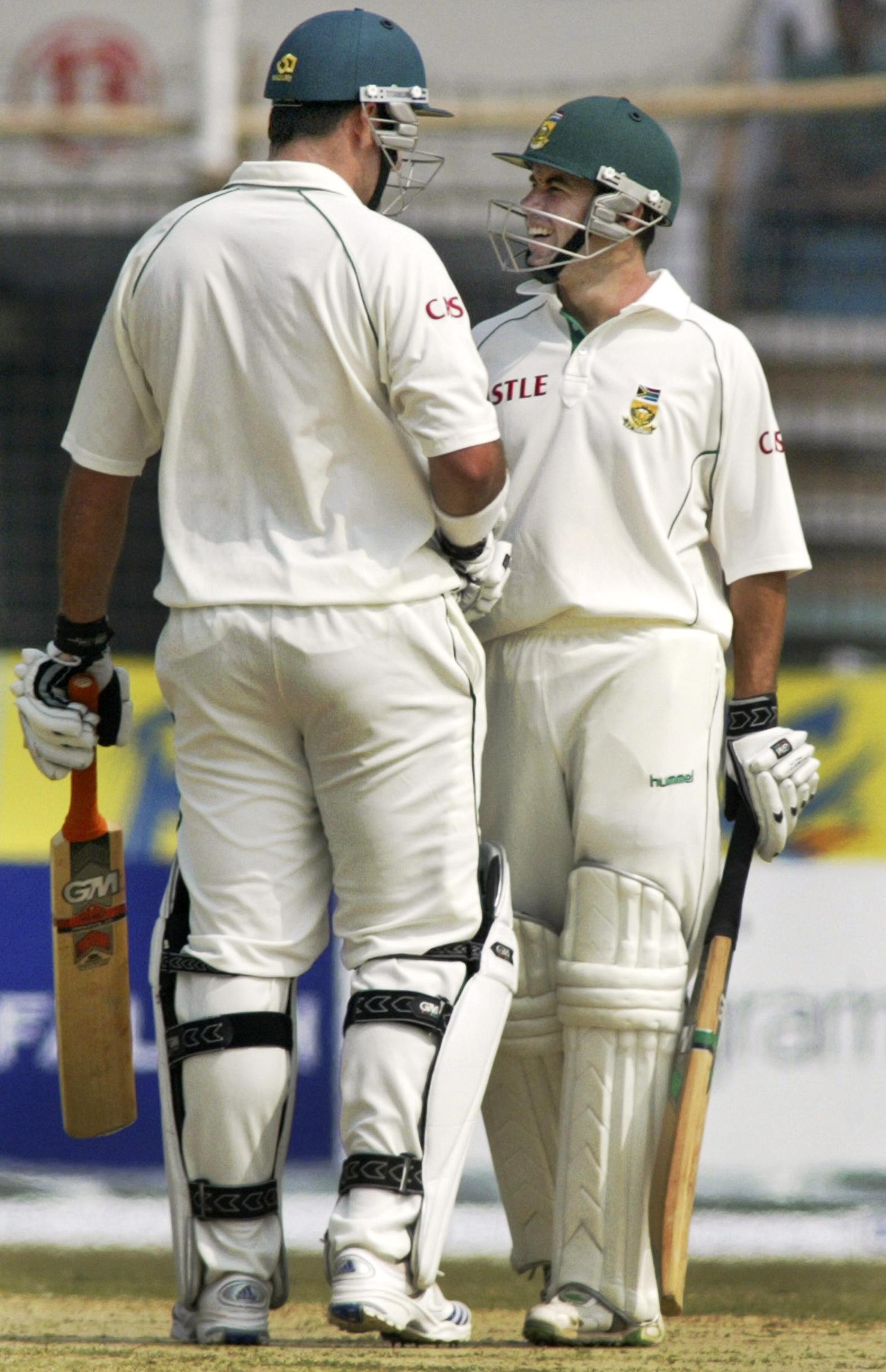 Skipper Graeme Smith and Neil McKenzie set a world record for an opening wicket stand to help South Africa amass 509 for one at lunch on the second day of the second and final test against Bangladesh yesterday.
McKenzie was not out for 223 with Hashim Amla unbeaten on 35 at lunch.
Resuming overnight on 405-0, the tourists quickly set the world record partnership of 415 before Abdur Razzak bowled Smith for 232.
Razzak was the only successful bowler as South Africa's batsmen plundered runs on a flat batting pitch to the frustration of the Bangladesh bowlers.
Smith was on 231 and McKenzie on 170 when they surpassed the record of 413 for the opening wicket set by Indian pairing Vinoo Mankad and Pankaj Roy against New Zealand in 1956.
It was only the second time a pair of openers have both notched double centuries in a test.
Strong position
The first pair to achieve the mark were Australia's William Lawry (210) and Robert Simpson (201) against West Indies in Barbados in 1965.
Smith faced 414 balls, smashing 33 boundaries and one six, while McKenzie 382 balls and hit three sixes and 28 fours over the first two days.
The opening pair's run spree put South Africa in a strong position to complete a series whitewash after a five-wicket win in the first test.
On Friday, Smith and McKenzie had piled on the runs to construct a record opening partnership for South Africa, beating the previous mark of 358 against Pakistan in Cape Town in 2003.
It was also the highest opening partnership against Bangladesh by any team, while Smith enjoyed a personal landmark as he became the latest South African to reach 5,000 test runs.