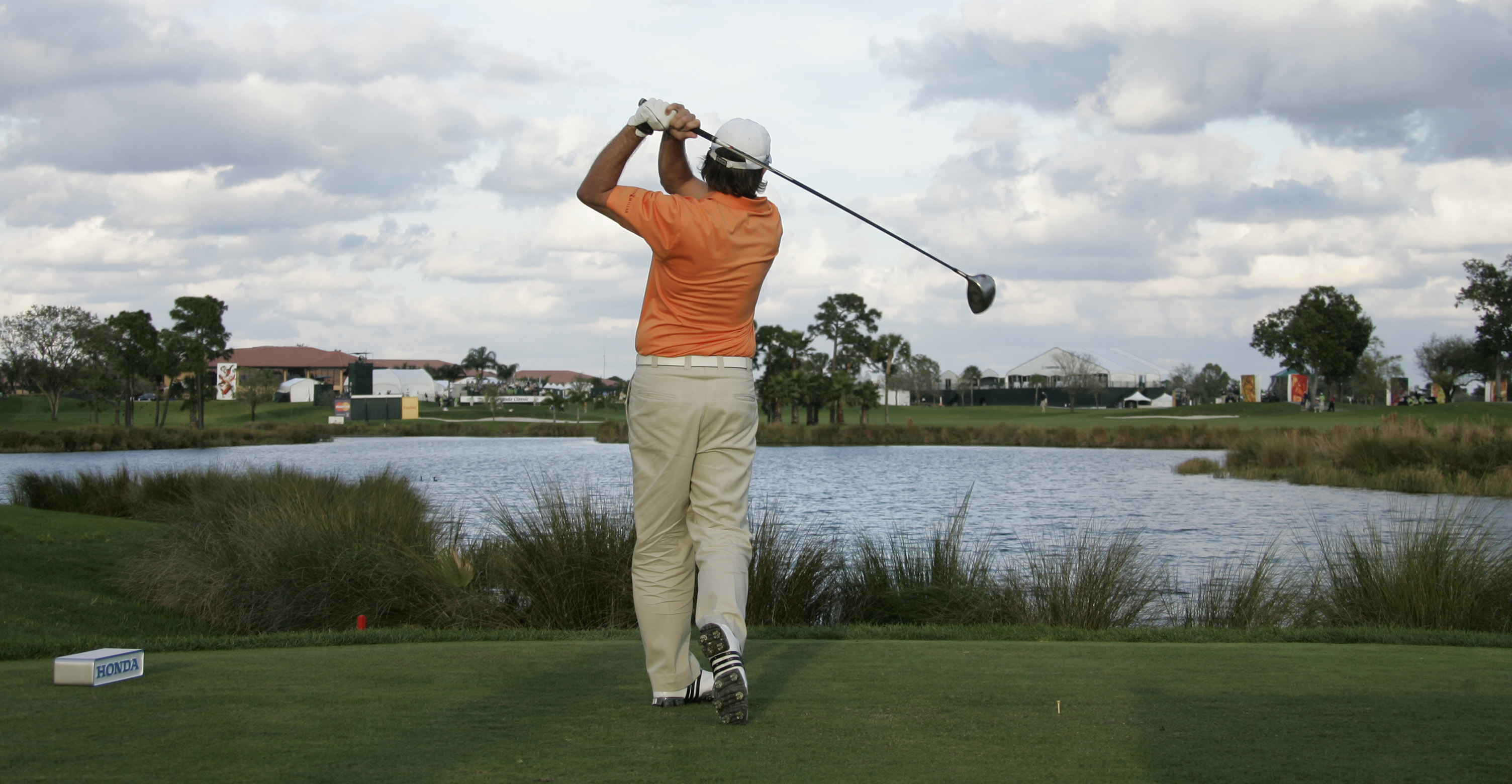 Britain's Brian Davis shot a three-under-par 67 on Friday to take a one-shot lead on eight-under-par after the second round of the Honda Classic.
Davis went into the second day five under and unlike fellow Briton Luke Donald, who had led overnight but fell down the leaderboard after shooting an eight on the par-four 14th, he maintained his form from the opening round.
Davis, who has never won a PGA tour event nor led after 36 holes, started on the back nine and made five birdies before he shot a double-bogey on the par three seventh, his 16th hole of the round.
He clawed back a shot when he birdied the next hole but bogeyed his last hole to end the day with a one shot lead over Australian rookie Matt Jones.
"It is a welcome return to form and it is where you want to be," Davis told reporters.
The Londoner took two months out to recover from a neck injury sustained in November and believes is now starting to get back in the right condition.
"It's been pretty good this week and whatever happens this weekend, it's a starting block for me this year because I didn't know what to expect after having two months off and not being able to even dry-swing or stretch or do anything," he said.
Jones, 27, was in the lead group yesterday for the first time after coming up from the Nationwide Tour.
"It will be fun, I have no expectations. I'll just go out there and see what happens with my game and learn from it. With 36 holes to go there is a lot of golf left - especially on a tough course like this," he said.
American Dudley Hart lay on six under after a wonderful front nine when he birdied six successive holes making just 29 from the opening nine.
"I got on a little run there," said Hart.
"I've been rolling it pretty good for two days, and I got on a stretch there where I hit a bunch of fairways, and that's a must on this golf course."
John Mallinger and Ben Crane of the U.S were both on five-under par.
South African Ernie Els and Argentine Jose Coceres were among six players tied for sixth on three under.