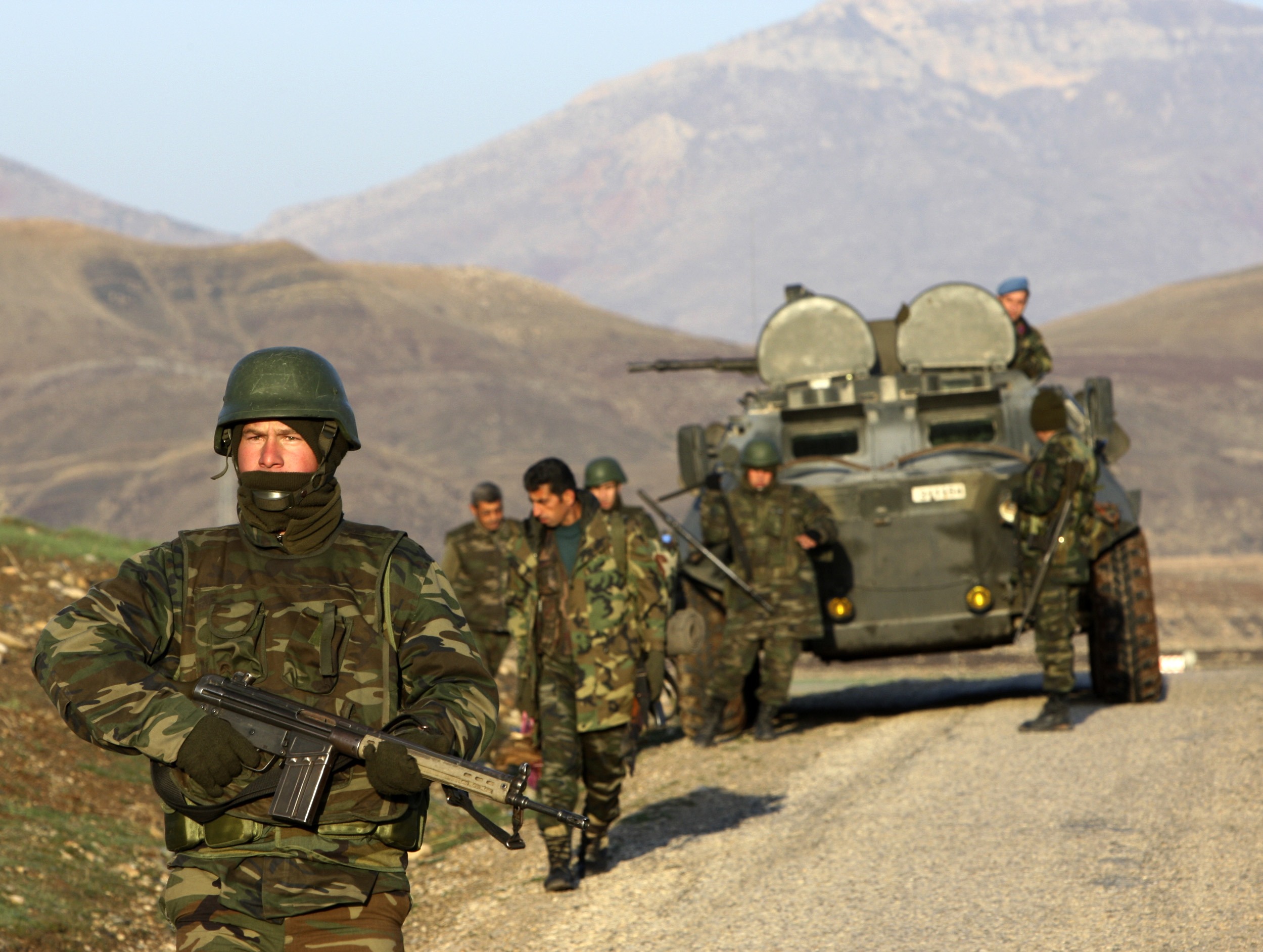 Turkey has ended its cross-border offensive against Kurdish rebels in northern Iraq and already begun withdrawing troops, the Turkish NTV news channel reported yesterday.
There was no immediate official confirmation of the report, which said the incursion, launched just over a week ago, had ended at midnight Thursday.
Turkey has come under growing U.S. and Iraqi pressure in recent days to withdraw from the region, amid concerns that its military operation might escalate into a broader conflict with Kurdish groups.
Many empty military vehicles were seen passing through the Turkish border town of Cukurca, heading towards northern Iraq - presumably to pick up soldiers - said NTV, which is one of Turkey's largest private television channels.
Turkish warplanes bombed positions of the rebel Kurdistan Workers' Party (PKK) in northern Iraq overnight, but the situation was quiet on the ground yesterday morning, it added.
Turkish troops rolled into northern Iraq on February 21 to crack down on estimated 4,000 PKK rebels, who have long taken refuge in the region and used it as a springboard for attacks across the border as part of their separatist campaign for self-rule in southeast Turkey.
U.S. pressure on Turkey to wrap up the operation mounted Thursday as U.S. President George W. Bush said its forces should pull out "as quickly as possible" and U.S. Defense Secretary Robert Gates personally conveyed the message to Turkish leaders in a series of talks in Ankara.
The incursion should be "limited and... temporary in nature," Bush said in Washington.
The Turkish military should "move quickly, achieve their objective and then get out... as quickly as possible," he added.
Washington is concerned that a prolonged incursion could spark a wider conflict between Turkish forces and the Iraqi Kurds, who run the autonomous administration of northern Iraq and are staunch U.S. supporters.
Turkey has long accused Iraqi Kurds of providing the PKK with safe haven and weapons, and warned them this week not to shelter rebels fleeing the fighting.
The United States, which like Turkey lists the PKK as a terrorist group, has supported its NATO ally during the incursion with intelligence on PKK movements.
Ankara on Thursday had refused to commit itself to a pullout timetable.
"Turkey will remain in northern Iraq as long as necessary" and the troops will return home once PKK hideouts are destroyed, Turkish defense Minister Vecdi Gonul said after talks with Gates.
Army chief Yasar Buyuklanit said: "A short time is a relative term. Sometimes this can mean one day and sometimes one year."
The Turkish army says its has killed at least 237 militants and destroyed dozens of PKK hideouts, logistical bases and ammunition depots.
It has put its losses at 27 men.
The PKK claims to have killed around 100 soldiers, lost five and to have downed a Turkish attack helicopter.
The rebels took up arms for self-rule in Kurdish-majority southeast Turkey in 1984, sparking a conflict that has claimed more than 37,000 lives.