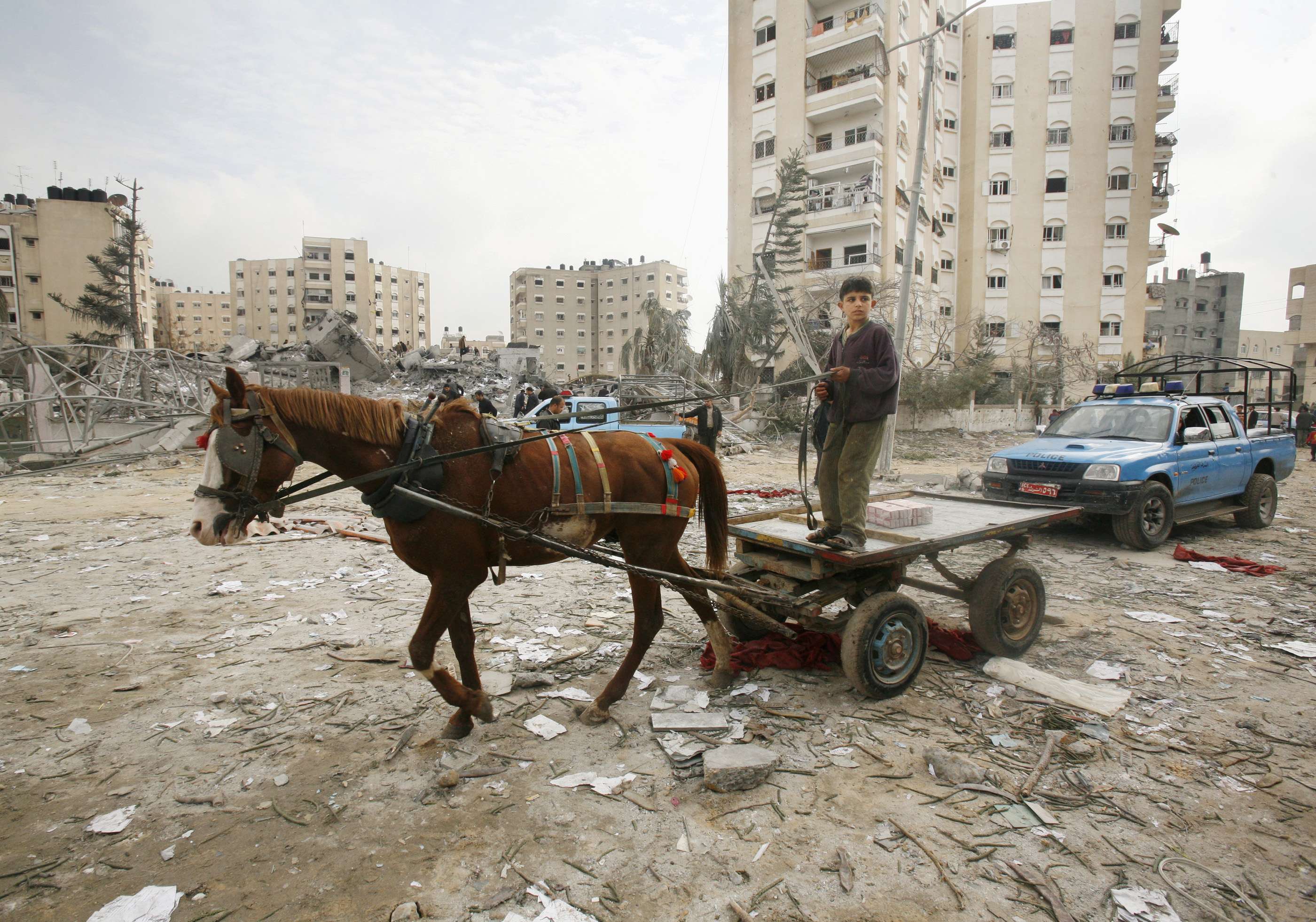 Israel was mulling yesterday intensifying its operations against the Hamas-run Gaza Strip, where the Islamists called for mass protests against strikes that have killed 30 Palestinians in two days.
"We will not shy away from any action" to force the Islamist movement to halt the near-daily rocket fire on Israeli soil, Israel's Deputy Defense Minister Matan Vilnai told army radio.
"By intensifying the rocket fire and extending their reach they are bringing on to themselves a worse catastrophe as we will use all means to defend ourselves," Vilnai said.
"Hamas leaders know this, but they are irresponsible," he said, adding that Israel "will have no choice" but to launch a widescale ground operation that he admitted will be "costly and difficult."
Israel's Defense Minister Ehud Barak warned on Thursday that "a large-scale ground operation is being considered."
Since early Wednesday, Israeli raids in Gaza have killed about 30 Palestinians, including six children and at least 15 militants.
Gaza militants have fired dozens of rockets into Israel during the same period, injuring a handful of people and killing one man who became the first Israeli civilian to die as a result of the near-daily rocket fire since May.
Yesterday, four people, including two children aged five and six, were wounded in the latest raid targeting rocket launchers in the northern town of Jabaliya, medics and witnesses said.
An army spokeswoman said the military had launched "three attacks against zones in the northern Gaza Strip from which rockets are fired."
Hamas, the Islamist movement pledged to Israel's destruction which violently seized power in Gaza last June, called for mass demonstrations after Friday prayers to protest at the Israeli strikes.
"Hamas calls on the Palestinian people to organize massive marches immediately after Friday prayers to denounce the Israeli crimes against our people," it said in a statement.
"We also call on the masses in Arab and Islamist countries to march in solidarity with the Palestinian people after Friday prayers," it said.
The violence has overshadowed the Israeli-Palestinian peace process which was revived in late November but has made little progress since.
The latest escalation in violence around Gaza flared early Wednesday when an Israeli strike killed five Hamas militants in the southern town of Khan Yunis.