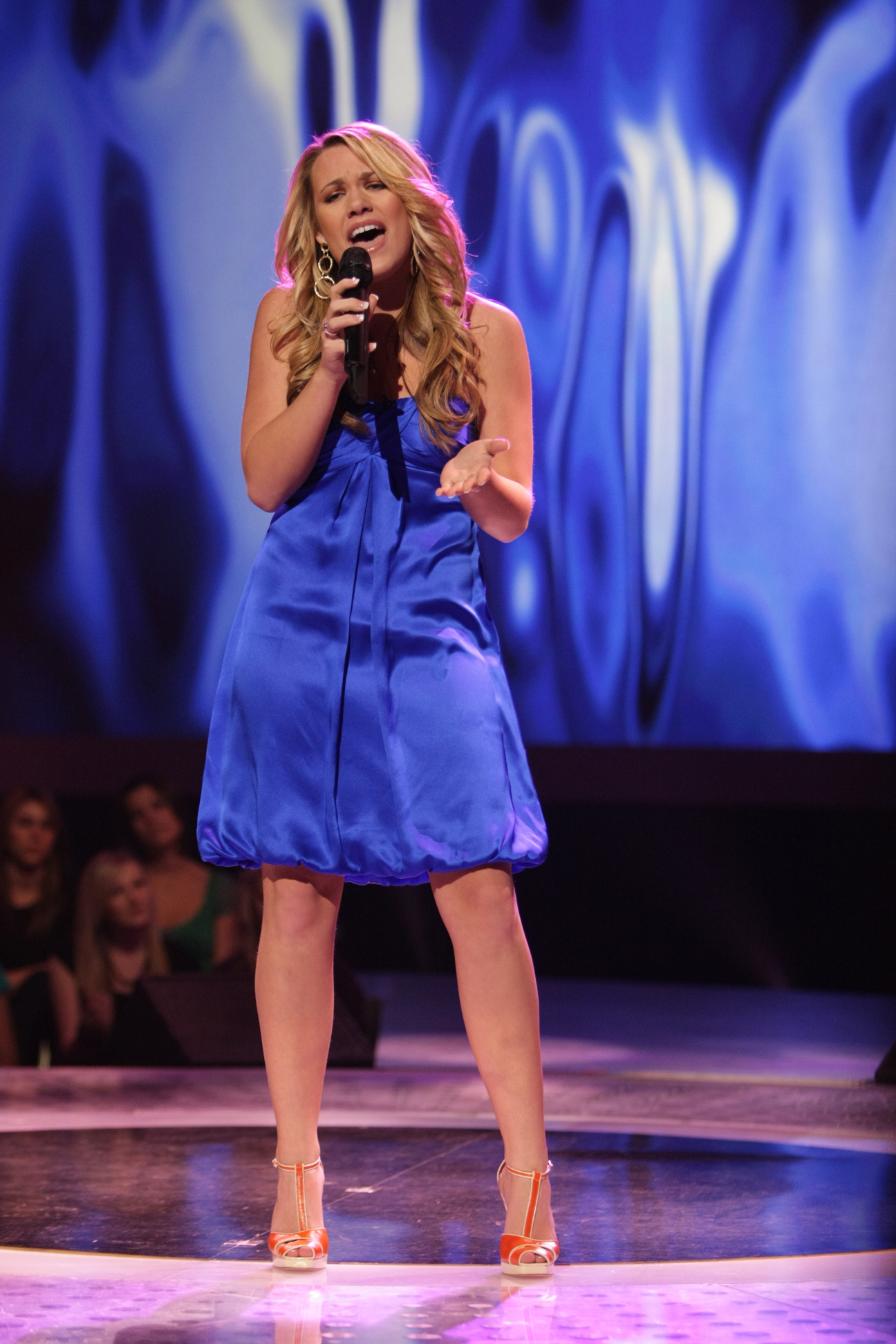 Four more aspiring singers failed to convince viewers that they have what it takes to win the star-making talent contest "American Idol."
The voting public cut loose Alaina Whitaker, Jason Yeager, Robbie Carrico and Alexandrea Lushington, trimming the number of contestants to 16 Thursday night.
Whitaker, a 16-year-old from Tulsa, Oklahoma, let out a sob after she heard the result.
"Sorry, this is so embarrassing," she told host Ryan Seacrest, who consoled her with a hug.
The other "Idol" female contestants gathered on stage to lend moral support to Whitaker as she gave a final performance of "Hopelessly Devoted to You." Several contestants wiped away tears.
"You are a gifted, bright young talent. ... This is the start of an amazing career from you," said judge Paula Abdul, who gave Whitaker a standing ovation.
Simon Cowell wasn't surprised by Yeager's exit.
"Your problem - quite simply - is that you don't stand out in the crowd at the moment," the cranky judge told Yeager, a 28-year-old single dad from Grand Prairie, Texas.
Cowell told Carrico, who sang Foreigner's "Hot Blooded," that his rocker act "just never ever felt real." Carrico, 26, from Melbourne, Florida, was part of the pop group Boyz N Girlz United.
Lushington, a 17-year-old Douglasville, Georgia, resident (and a snappy dresser and favorite of judge Randy Jackson's), displayed a lack of confidence Wednesday, acting sheepish and uncomfortable onstage, following her cover of Chicago's "If You Leave Me Now." Jackson said the '70s song didn't suit her youthful style.
A standout this week was 17-year-old David Archuleta, who sang a soulful cover of "Imagine."
Brooke White, 24, also scored a glowing review from Cowell for her bare-bones performance of "You're So Vain."
Cowell joked he thought the song was about him.
"American Idol," now running three times a week, will return to a twice-weekly schedule March 11 for the elimination of the final dozen. The decision-making finale will be held in May.