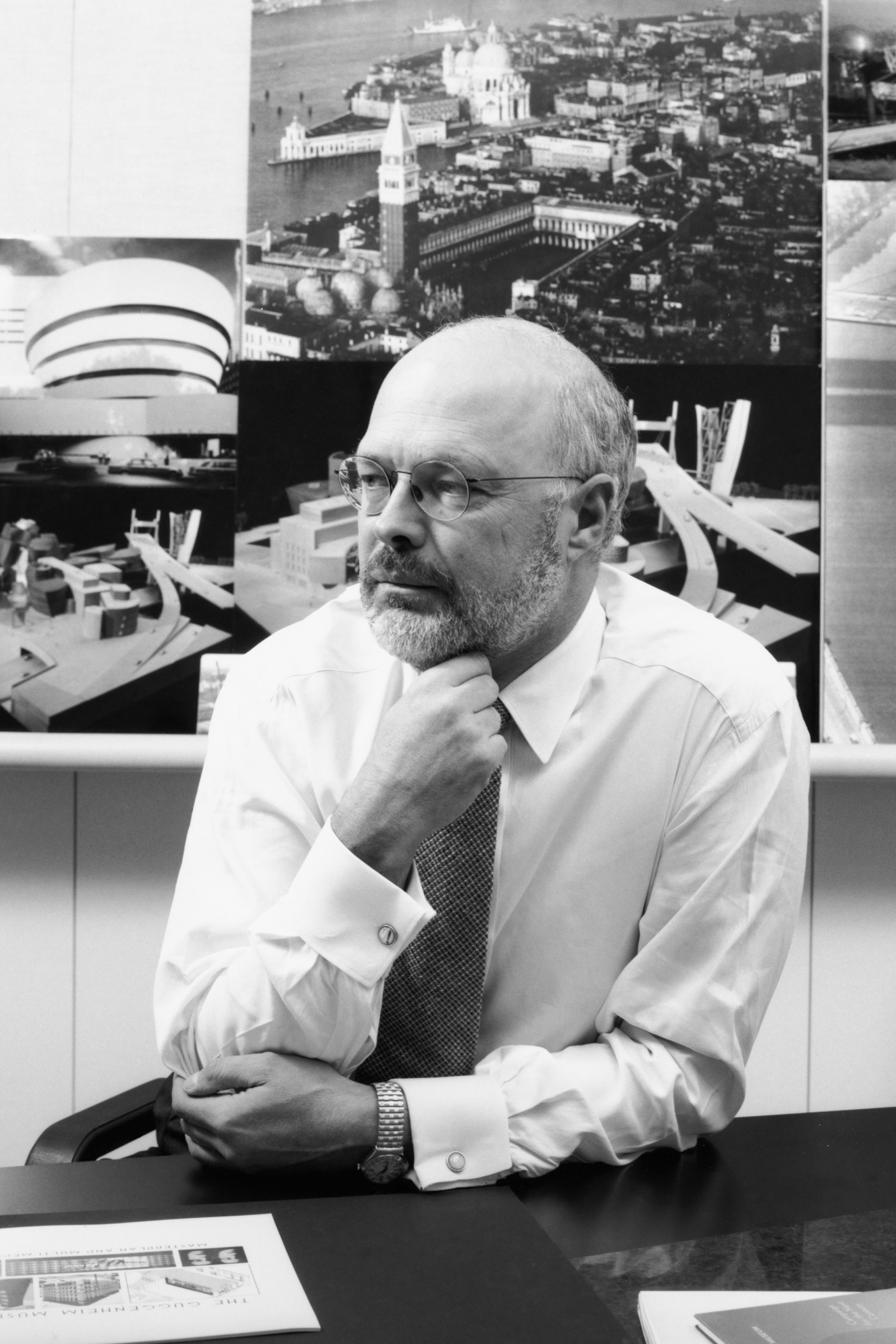 Thomas Krens will step down as director of the Solomon R. Guggenheim Foundation, one of the museum world's top jobs, after almost 20 years.
Krens will leave later this year once a successor has been found, William Mack, chairman of the Guggenheim, said yesterday. Krens will continue to advise the foundation on international affairs, overseeing the Guggenheim Abu Dhabi, which is the museum's largest project, Mack said.
"It's the end of an era," said Lisa Dennison, the former director of the Guggenheim's Manhattan museum, in an e-mail. "Tom is a visionary and had powerful ideas early on which he enacted over his 20-year tenure. He had a profound influence on how people think about the Guggenheim and about museums in general."
The Guggenheim network includes the New York museum, the Peggy Guggenheim Collection in Venice, the Guggenheim Bilbao in Spain, the Deutsche Guggenheim in Berlin, and the Guggenheim Hermitage Museum in Las Vegas.
Krens expanded, sometimes opposed by donors, at a time when contemporary art was drawing more crowds to museums and auction rooms.
Two of the five best-visited museums are Paris's center Pompidou and London's Tate Modern, with more than five million visitors each in 2007, according to a survey published this week by the Art Newspaper. The Guggenheim in Bilbao had one million visitors and the New York branch had 889,434.
"The Guggenheim was first in understanding the globalization of the art world," said Jennifer Stockman, the Guggenheim's board president, in a telephone interview. "We credit Tom for that. Anybody we would look at as a successor, we would expect to endorse our strategic plan."
Stockman and Dennison separately concurred on some likely candidates. They include Michael Govan, director of the Los Angeles County Museum of Art, Joseph Thompson at the Massachusetts Museum of Contemporary Art, Max Hollein, who directs the state museums of Frankfurt, Julian Zugazagoitia at El Museo del Barrio in New York, and Matthew Drutt at Artpace San Antonio, in Texas.