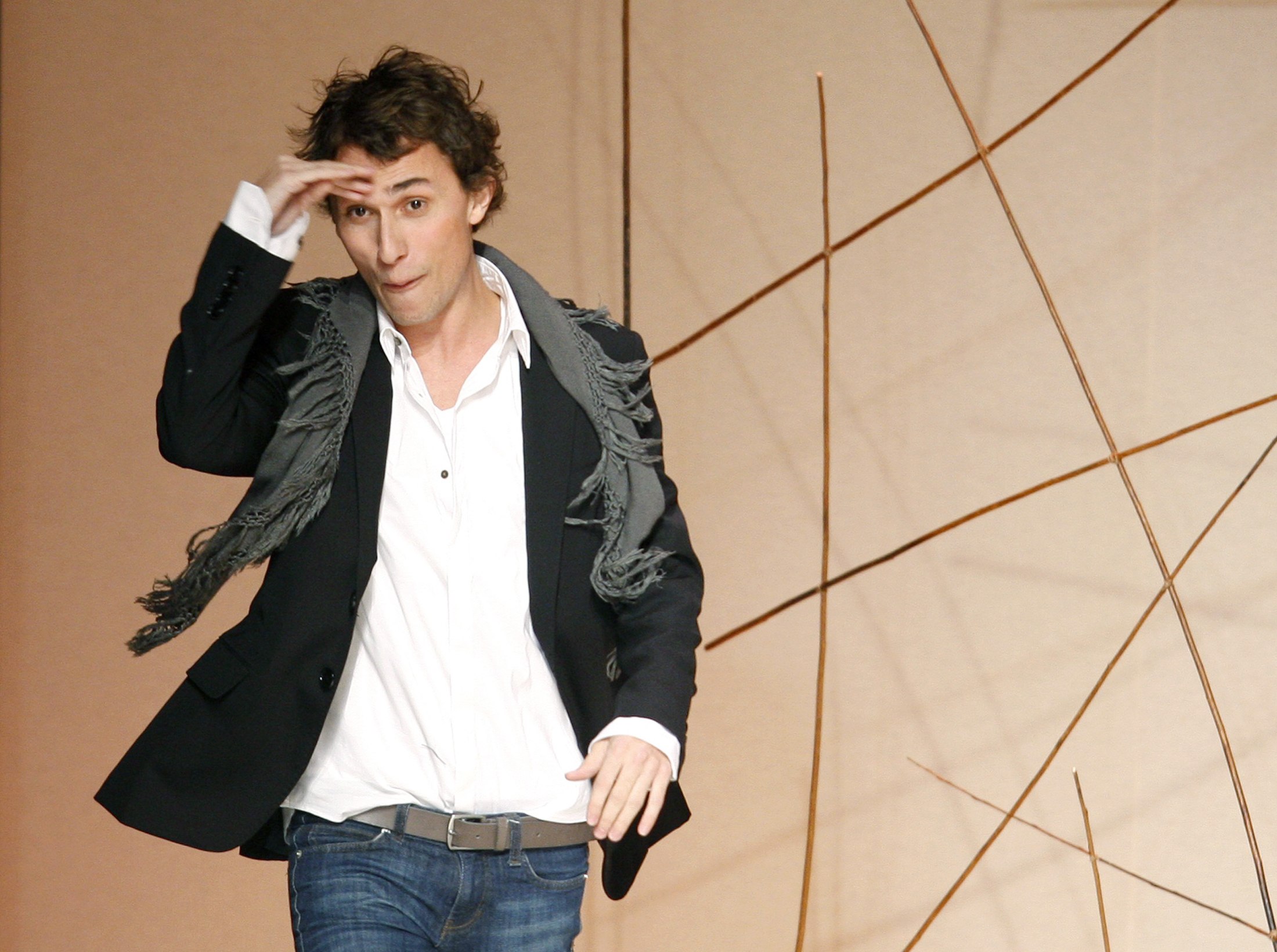 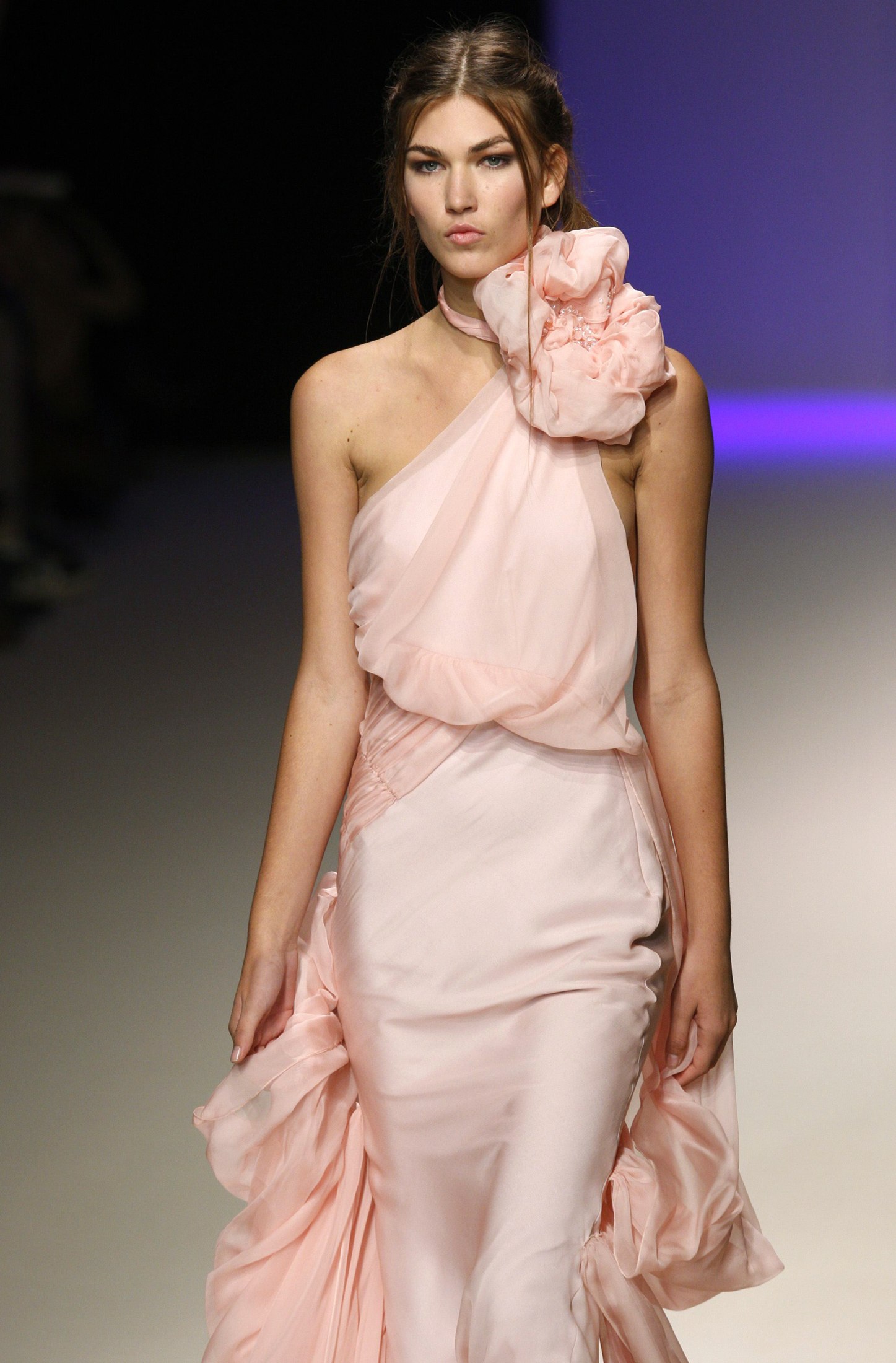 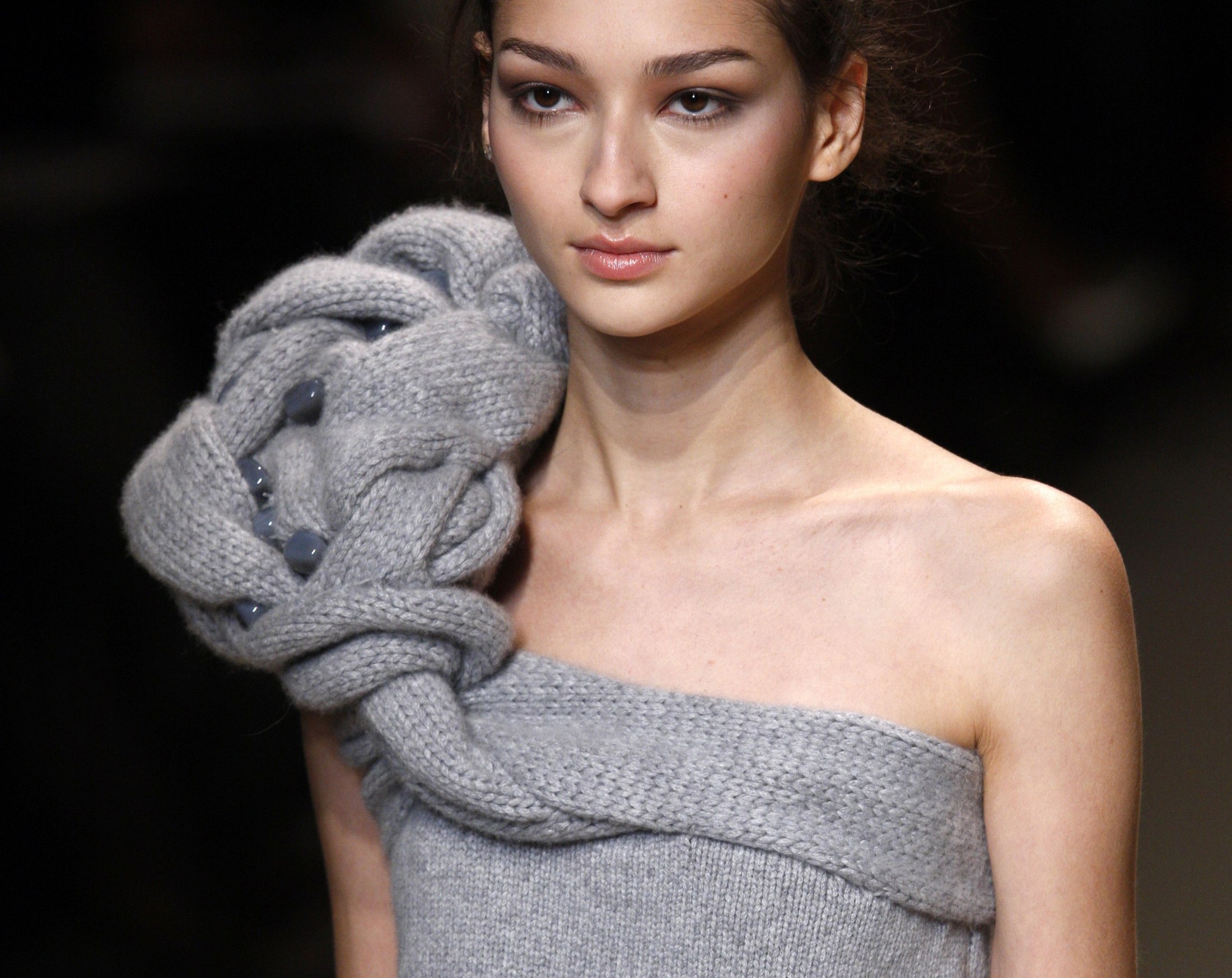 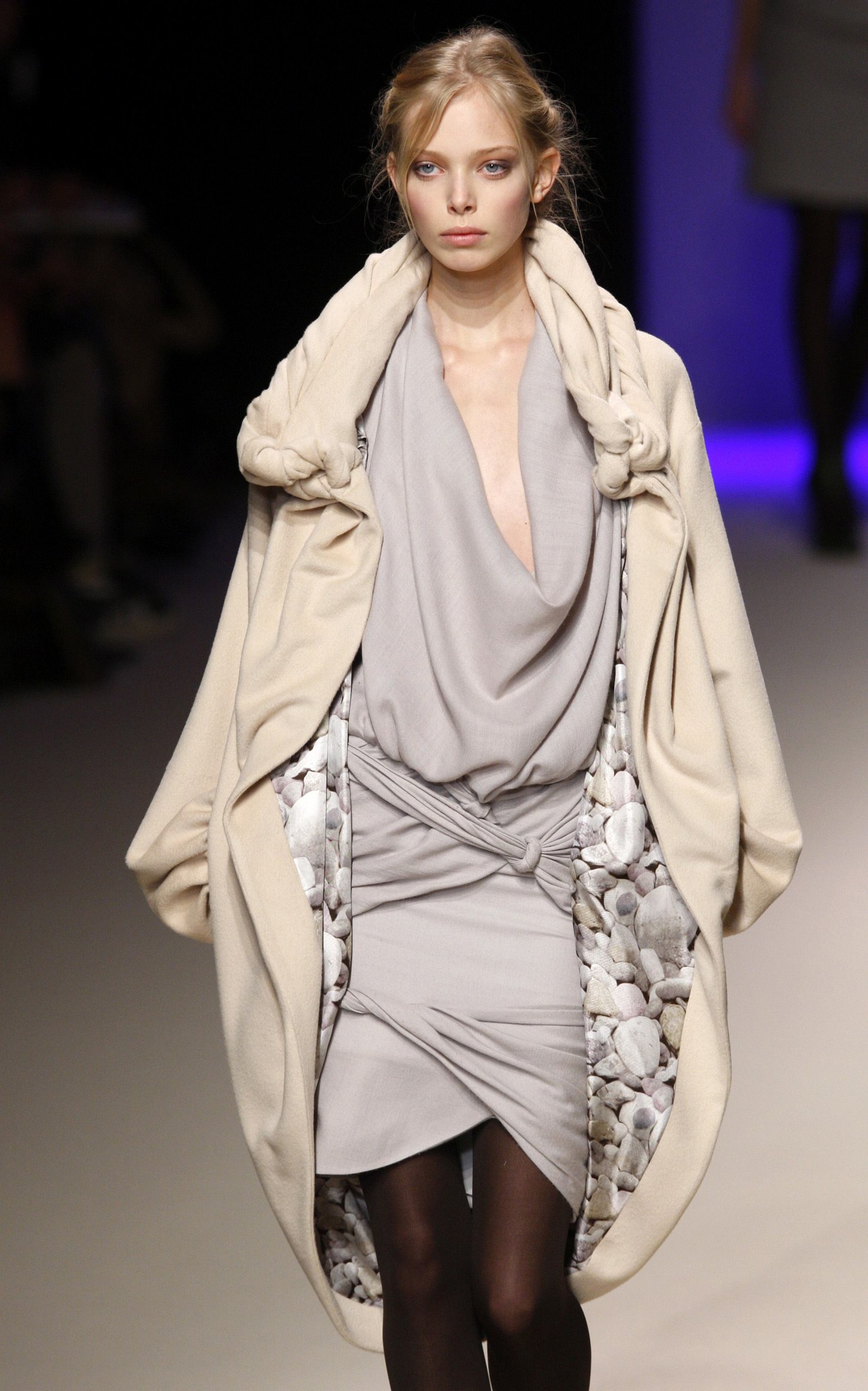 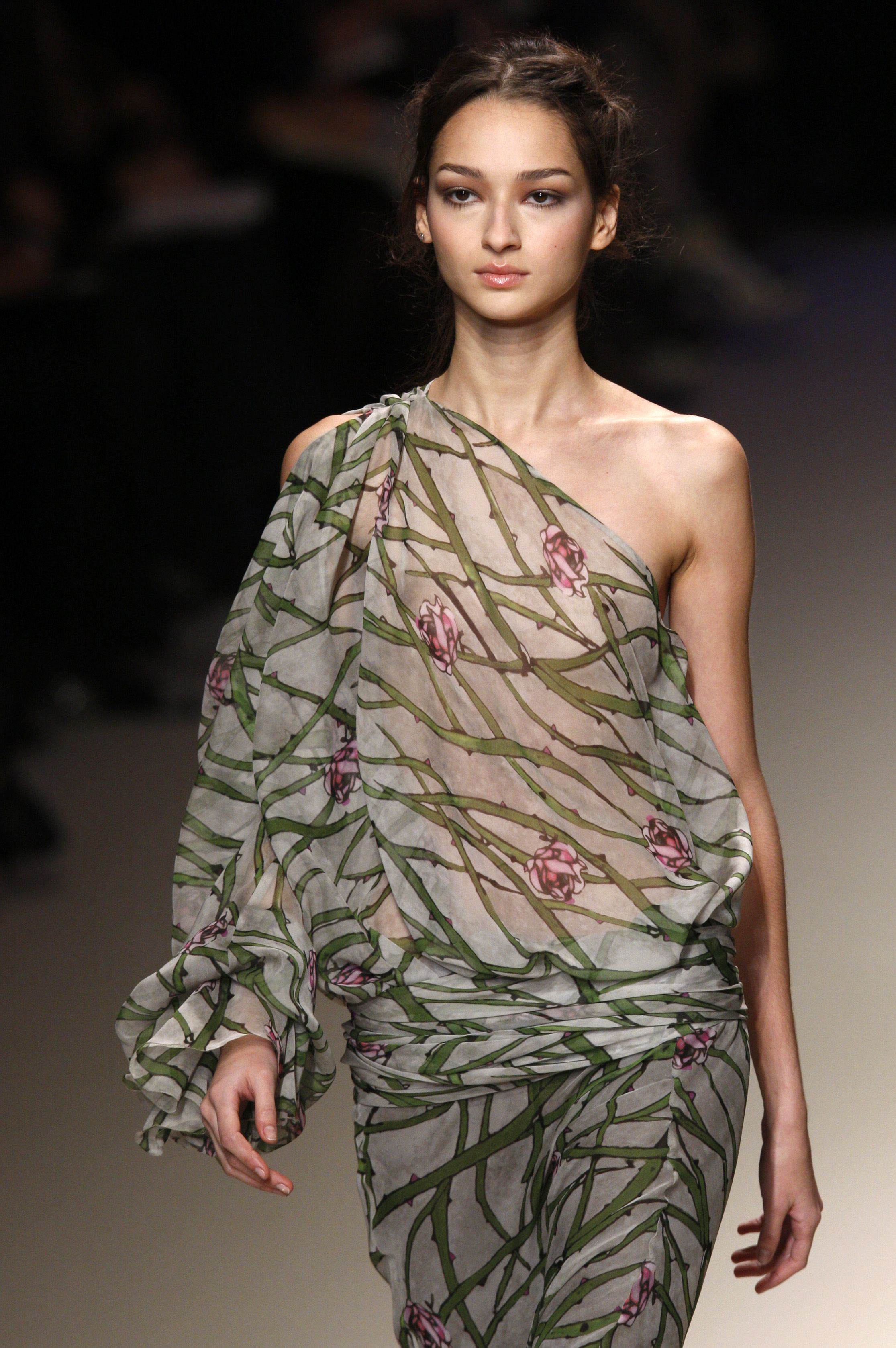 The generation gap was on show at Paris Fashion Week on Wednesday with collections from Esteban Cortazar, the 23-year-old new designer at Emanuel Ungaro, and Karl Lagerfeld, the 74-year-old maestro of French fashion.
At Ungaro, the body language of Cortazar, the youngest designer to lead a fashion house, could not have been more different.
Before rapper Eve in the front row, the Bogota-born, Miami-raised son of an artist and a jazz singer ran a lap around the arena-shaped catwalk at the end of the show, signalling to the audience he was wiping his brow with relief.
"It was amazing. I just want to run around and hug all my friends," Cortazar told Reuters backstage.
To Lagerfeld's directional show of darks suits and long, structured skirts, Cortazar - who was also scheduled against top fashion names Givenchy and Christian Lacroix - offered an alternative as far apart as their birth dates.
'Lovely interpretation'
His show underlined the adjustment houses face with new talent when their established designer moves on.
While not revolutionary in fashion terms, his collection was classically attractive featuring soft feminine draping in a palette of a milky grey punctuated by splashes of fuchsia.
Material, whether wool or silk, was piled into sumptuous folds around models' necks or gathered up at the hemlines.
Motifs of exotics plants or pebbles patterned flimsy, barely there dresses aimed at the winter cruise crowd or those in warmer party climes such as his native Florida.
"For a first collection it was a lovely interpretation of the house of Ungaro," Ken Downing, the fashion director of Neiman Marcus told Reuters. "Con-gratulations to him."
History has shown it is not easy for unknowns to take over from the "greats" and new faces at old houses have been a feature - and a difficulty - of this fashion season, reaching its end in Paris tomorrow.
Cortazar's entry at Ungaro comes after the house burned through four designers since its founder left in 2005.