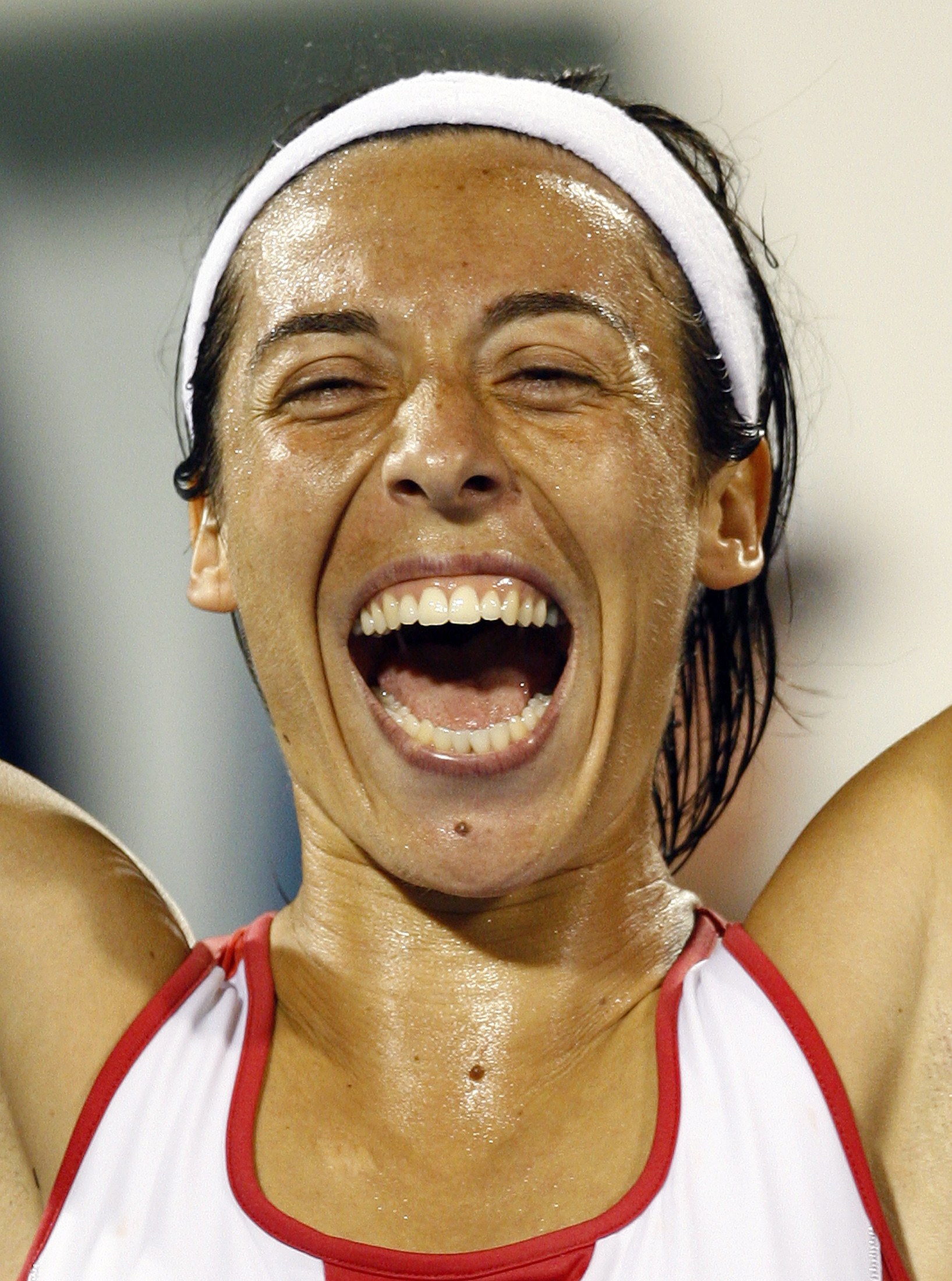 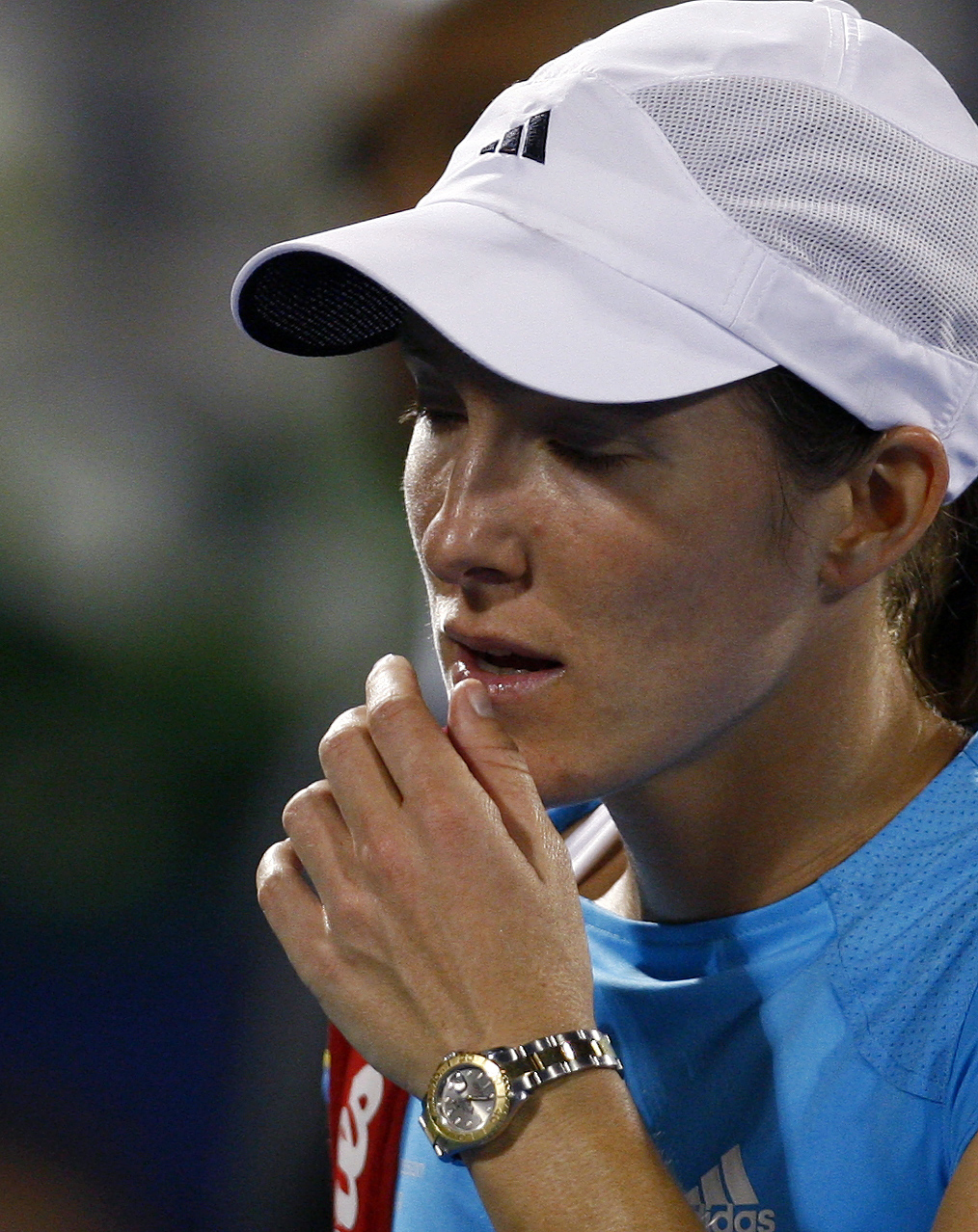 Top-ranked Justine Henin suffered defeat for the first time at the Dubai Championships and for the first time to Francesca Schiavone of Italy on Thursday.
Henin, the four-time defending champion, had her 17-0 record at the Aviation Club ended in the quarterfinals by unseeded Schiavone, against whom she was 7-0.
The Italian, ranked 24th, won 7-6 (3), 7-6 (4) in 2 hours, 25 minutes. She and Henin had two service breaks each.
"She played really well," Henin said. "She was hitting hard, coming to the net, slicing ... really mixing it up. I had my chances but I did not take them, whereas she did. She was definitely a better player and deserved to win."
Schiavone was to play eighth-seeded Elena Dementieva in the semifinals yesterday, while No. 2 Svetlana Kuznetsova will meet No. 4 Jelena Jankovic.
Henin had the only break point of the first set at 2-2 but missed it and Schiavone dominated the tiebreaker.
In the second, Schiavone broke for 3-2 and 4-2 and had a match point serving at 5-4 but Henin rallied each time to force another tiebreaker. However, Schiavone won the last four points.
"I have beaten (Amelie) Mauresmo when she was world No. 1 in a Fed Cup match, but definitely this win against someone like Justine, who always plays at such a high level, is the biggest win of my career," Schiavone said.
Unseeded Mauresmo, the 2002 champion and runner-up to Henin last year, lost for a fourth straight time to Kuznetsova 6-1, 7-6 (4). The Russian even their head-to-head at 4-4.
Like Kuznetsova, Jankovic was another former Dubai finalist. Jankovic celebrated her 23rd birthday on Thursday with a win when sixth-seeded Anna Chakvetadze retired with a left thigh injury after losing the first set 6-1.
"I came on court today and everybody started singing and everybody's in a good mood and saying I have to win because it's my birthday," Jankovic said. "It's very strange to play on your birthday because if you don't win you're very disappointed and it's not a good way to celebrate the day, but I got through the day so it's good."
She received a cake on the court afterwards and shared it with Serbian fans.
That made up for Ivanovic, the Australian Open finalist, falling to Dementieva 6-7, 6-3, 6-3 for a third straight time. Dementieva, a two-time Grand Slam finalist, was making her debut in Dubai after having to withdraw ill last week from Doha.