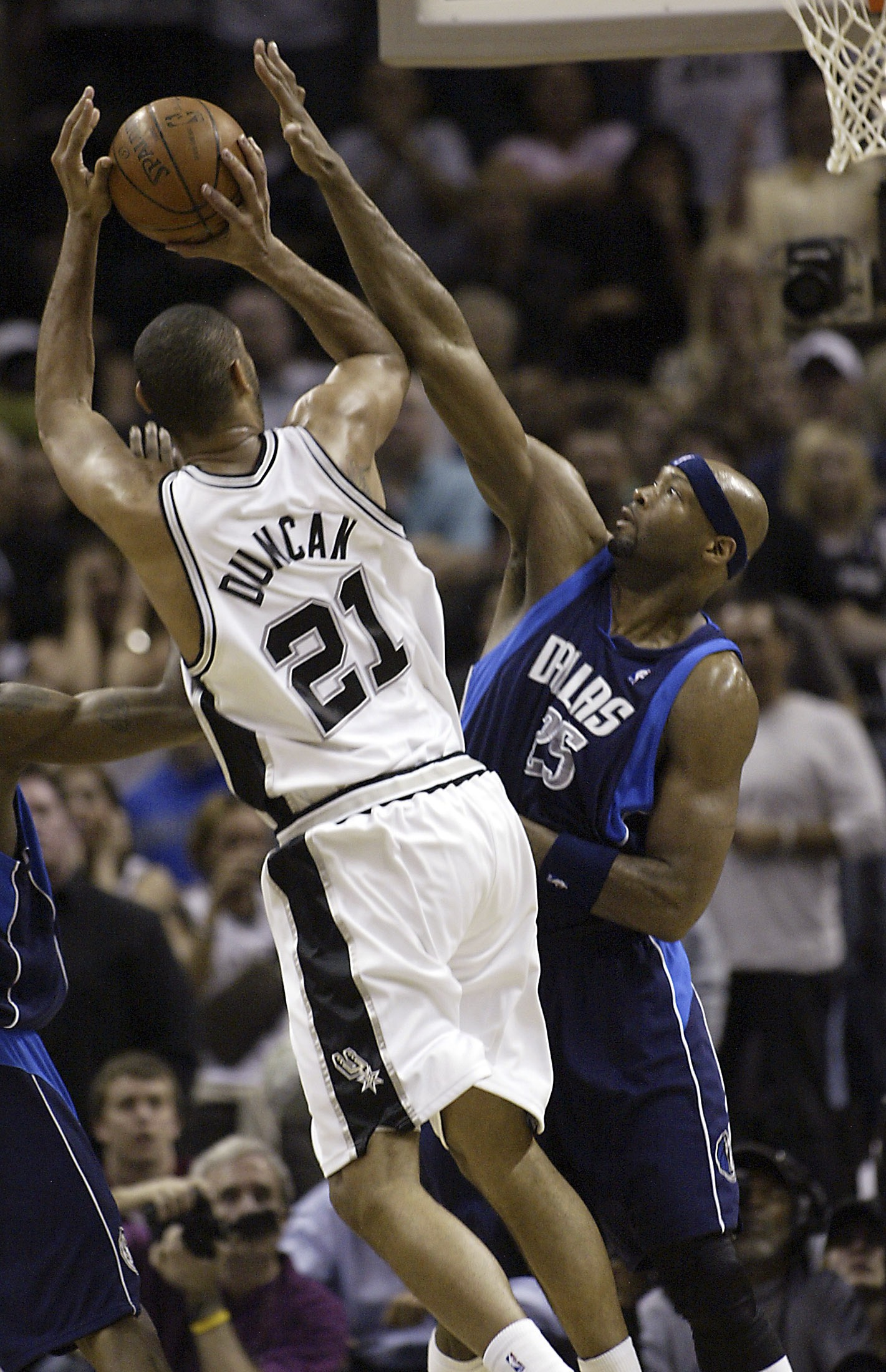 Bruce Bowen had the gave-saving block and Tim Duncan hit a pair of key free throws as the San Antonio Spurs won its seventh straight with a 97-94 victory over Dallas on Thursday.
Duncan collected 31 points and 15 rebounds and Manu Ginobili scored 17 for the defending National Basketball Association champions.
"It was a heavyweight fight, and we just didn't have that last punch at the end to bring it home," Dallas coach Avery Johnson said.
"Hopefully, the next time we play them, we can finish with one more point than them."
Ginobili stressed the importance of the win.
"We know that if you lose two, three in a row, you can drop from second to seventh with things being so tight (in the West)," Ginobili said. "So, it's very important to play every game with a lot of energy."
After Duncan's late free throws, Dallas had three opportunities to tie or win the game, but could not capitalize as Bowen's block on Jason Terry in the lane sealed the win.
Dirk Nowitzki hit four foul shots to end the quarter that gave the Mavericks a two-point lead, but Ime Udoka hit a buzzer-beating 3-pointer from the corner to restore San Antonio's lead to 73-72 heading into the fourth.
Duncan and Ginobili combined to score 35 of the Spurs' 47 first-half points.
"I just got my shot to go down and it goes from there," Duncan said. "It's a great situation to be in when the jumper is going down because I can start doing different things."
As part of his prolific and aggressive night, Brandon Bass threw down an emphatic two-handed dunk that gave Dallas a five-point lead with 7:41 left in the game.
"That was one of the most intense games I've ever been in," Bass said.
In other NBA action on Thursday: New Jersey 120, Milwaukee 106, L.A. Lakers 106, Miami 88