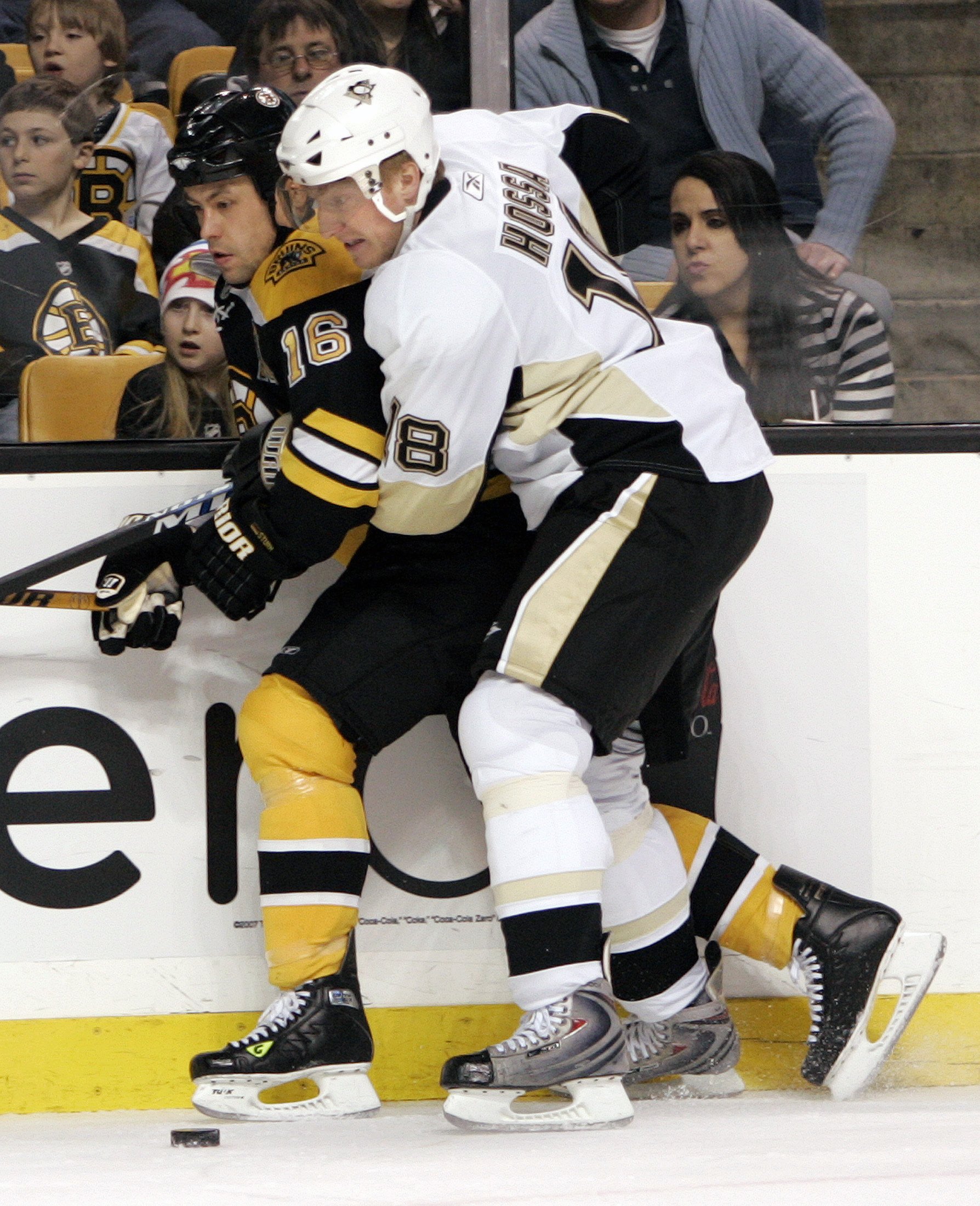 The Boston Bruins thrashed the Pittsburgh Penguins 5-1 on Thursday, the home team easing to a fifth consecutive win on the back of Marco Sturm's two goals and a 27-save performance from Tim Thomas.
"Tonight I saw Marco skate as well as I've seen him skate all year," Bruins coach Claude Julien told reporters.
"He certainly keeps the opposing defense on their heels when he comes with the kind of speed he skates with. And he's not afraid of using outside skating to go to the net."
Knee injury
Making the defeat an even more painful one for Pittsburgh, newly acquired winger Marian Hossa suffered a knee injury in the second period and did not return.
"Right in the first game, I get hurt... Tough luck," Hossa told reporters, adding that he expected to miss at least a week with a sprained right medial collateral ligament.
"I tried to make the play and I collided with one of their guys and I got a knee-on-knee and I just felt the MCL."
Sturm scored twice in the first period to notch up his 200th career goal and Thomas was sitting on a shutout until Pittsburgh's Pascal Dupuis scored with 6:57 left in the game.
He had 10 saves in the first period and nine in the second.
Zdeno Chara, P.J. Axelsson and David Krejci also scored for Boston.
Stars vs. Blackhawks
New signing Brad Richards had five assists and Niklas Hagman scored his first hat-trick to help the Dallas Stars race to a 7-4 home win over the Chicago Blackhawks.
Richards assisted on each of Hagman's goals, which were spread across all three periods.
In other NHL action on Thursday: N.Y. Rangers 4, Carolina 2; Philadelphia 3, Ottawa 1; N.Y. Islanders 5, Atlanta 4, OT; Phoenix 2, St. Louis 1; Dallas 7, Chicago 4; Edmonton 5, Los Angeles 4