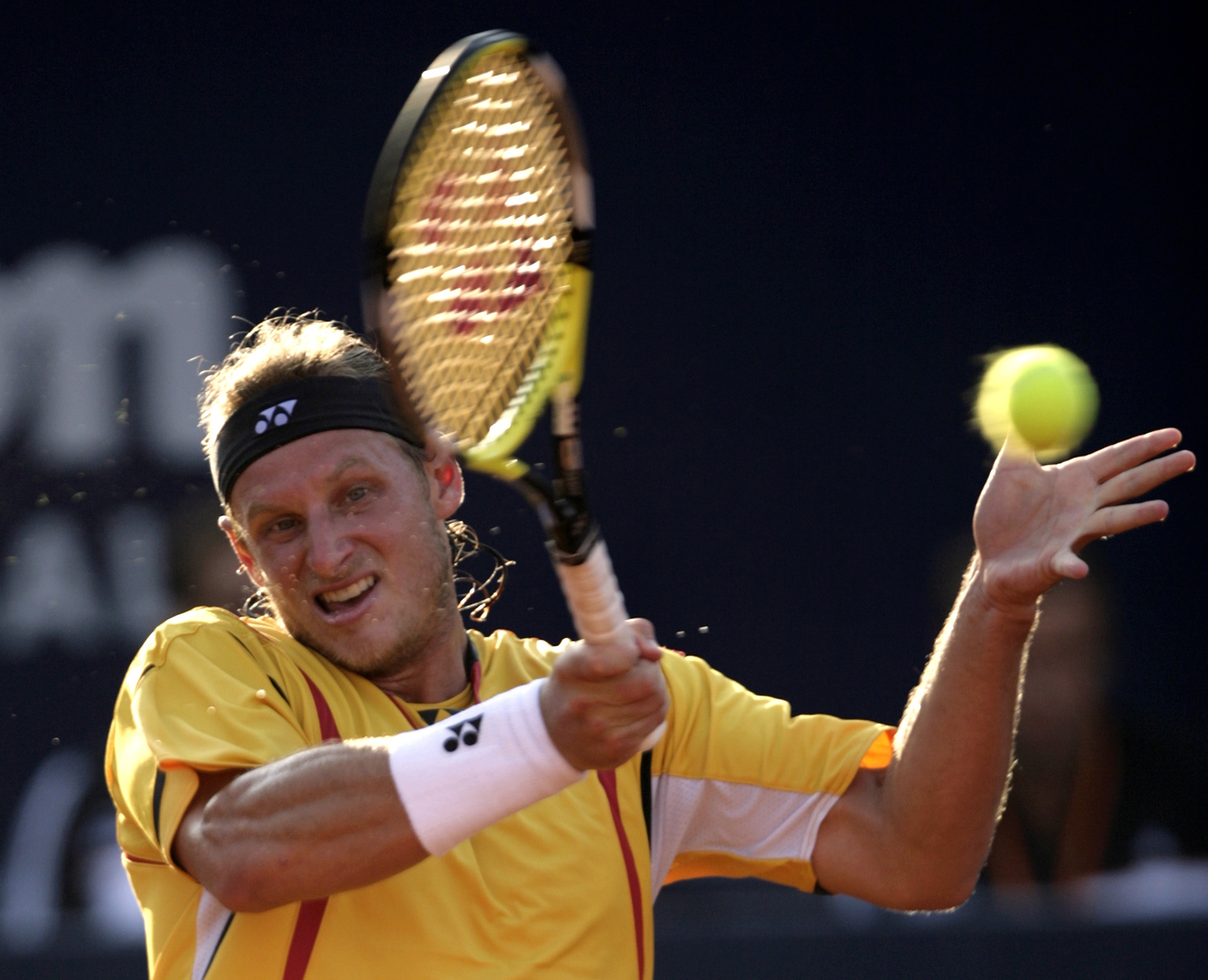 Top seeds David Nalbandian and Flavia Pennetta each advanced in straight sets to the semifinals of the Abierto Mexicano on Thursday.
Nalbandian ran his winning streak to nine matches when he defeated eighth-seeded Potito Starace 6-3, 6-3, breaking the Italian three times and saving all three break points against him. Nalbandian also beat Starace in last week's quarterfinals at Buenos Aires, where the Argentine won his eighth career title.
"In Argentina it was slower, harder; here it was quicker and that was much better for me," Nalbandian said.
Yesterday he was to play unseeded Luis Horna, who beat his doubles partner Agustin Calleri 6-4, 3-6, 6-3 in a match also between past champions. Peru's Horna won the title in 2006, and Argentina's Calleri in 2003.
It was also their fourth match this year, with the score at 2-2. Calleri leads overall 5-4. They won their maiden doubles title together in Buenos Aires last week.
Horna won his only previous ATP-level match against Nalbandian at 2007 Buenos Aires.
"He's going to be a tough opponent, he's doing well, but I'm motivated and enthusiastic. I expect to play a good match and if I can win, so much the better," Horna said.
Sixth-seeded Nicolas Almagro of Spain managed to hold off Nicolas Massu of Chile 4-6, 6-3, 6-3. Down a set, Almagro broke for 5-3 and served out to win the second, then broke Massu in the first game for the only break of the final set.
Almagro might hope running across Massu is good luck. He also beat the Chilean this month at Costa do Sauipe, where he won his third ATP crown.
Almagro has won his last five matches against semifinals opponent Jose Acasuso of Argentina.
Acasuso, runner-up to Nalbandian in Buenos Aires last Sunday, defeated qualifier Marcel Granollers-Pujol of Spain 7-6 (2), 6-3.
On the women's side, Pennetta notched her 300th win on the WTA Tour at the expense of eighth-seeded Edina Gallovits of Romania 7-6 (4), 6-1.
"I am very happy to be in the semifinals again," Pennetta said. "It was a pretty good match, the best of the three we've played. I had some opportunities in the first set but I didn't capitalize on them and things got complicated, and I almost lost. I was a little nervous."
Pennetta has reached the Acapulco final every year since 2004, and won in 2005. In the semifinals she'll play No. 7 Kaia Kanepi of Estonia, whom Pennetta beat in the Vina del Mar quarterfinals two weeks ago before claiming her fifth WTA title.
"There are still two very tough, very important matches," Pennetta said. "You can't say anything in tennis until the last point is decided."
Kanepi edged Sorana Cirstea of Romania 6-2, 4-6, 7-6 (6) despite 10 double faults.
Second-seeded Alize Cornet of France swept past Mariya Koryttseva of Ukraine 6-4, 6-0 to line up Jill Craybas of the United States, who reached her second semifinals of the year when she eased past Iveta Benesova of the Czech Republic 6-4, 6-1.