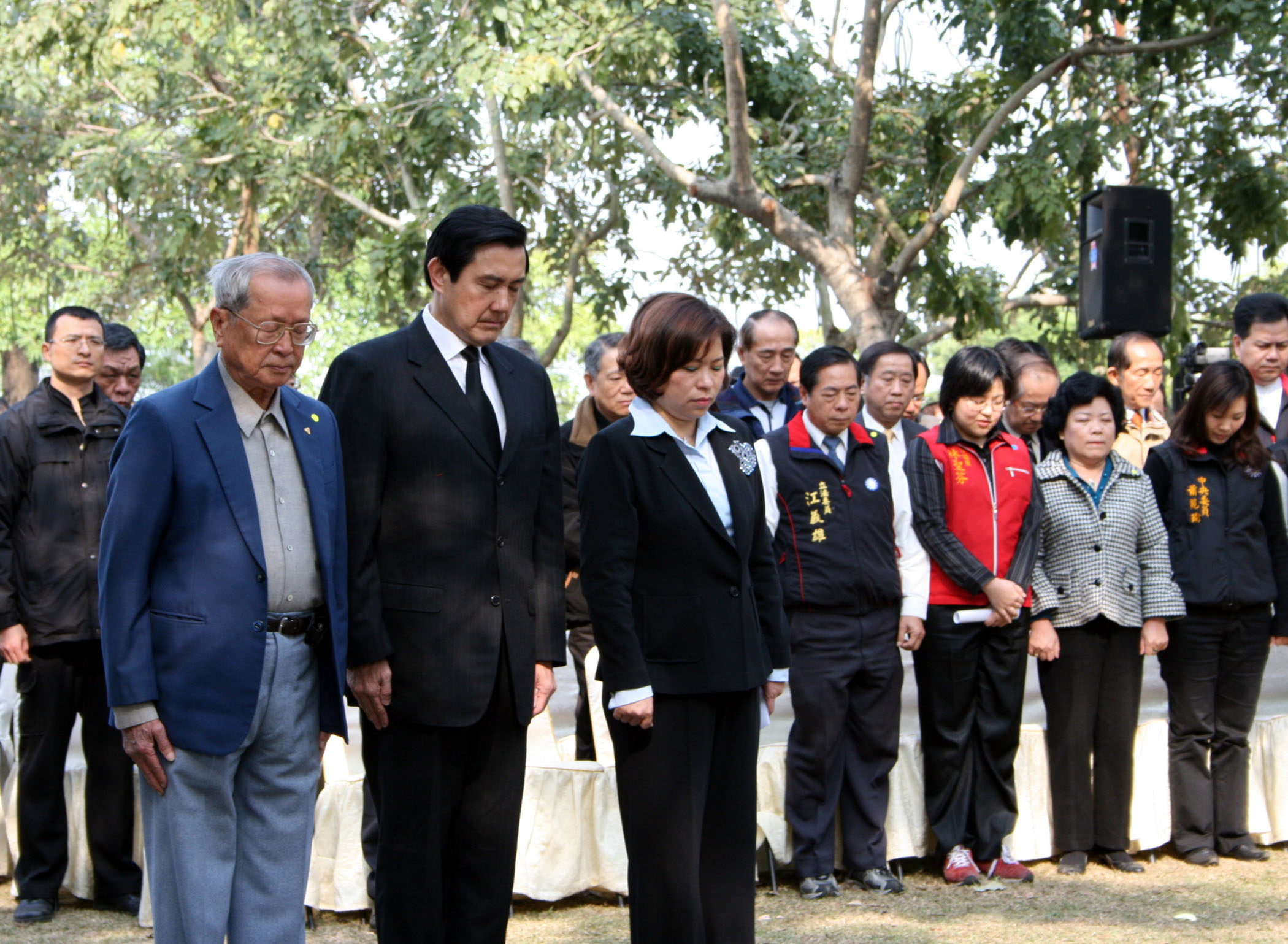 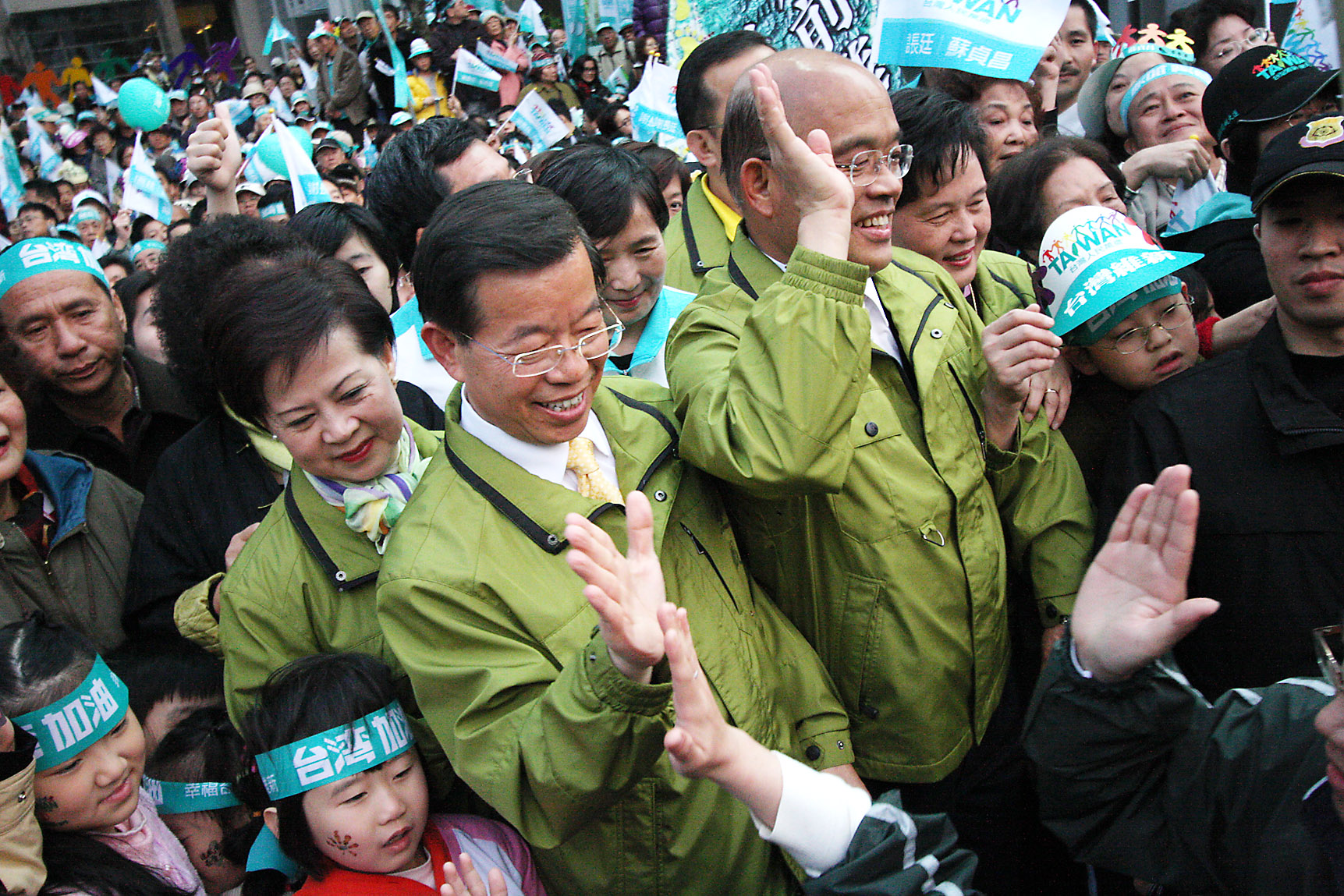 Political leaders from the ruling and opposition parties yesterday commemorated the 228 Peace Memorial Day by separately staging and participating in a series of non-stop memorial activities, with the aim of garnering voters' support via rallies, large-scale concerts and even blood donation campaigns.
With regards to the Democratic Progressive Party, President Chen Shui-bian (陳水扁) was a dominating presence at memorial activities held during the daytime. Chen first attended the opening of a special exhibition about the 228 Incident that was staged in Taipei. At the event, Chen stressed that "democracy should not be regarded as the blessing or the conscience from former authoritative leaders." He criticized a group of people in Taiwan, who, under a pretense of seeking harmony, have attempted to force the public to forget the 228 Incident and erase history.
Chen also participated in a national memorial service that commemorated the 61st anniversary of the 1947 massacre that claimed the lives of thousands of civilians, held at Taipei City's 228 Peace Park.
Chen also went to the National Taiwan Democracy Memorial Hall in Taipei to greet and mingle with the DPP's "The Walk Against the Wind" brigade, who have walked over 500 kilometers by foot over the past 22 days - from the southernmost tip of the nation to its northernmost point - to pay their respects to and honor Taiwan.
DPP presidential candidate Frank Hsieh (謝長廷) followed Chen's lead and led the majority of the evening's memorial activities.
Cheered on by more than a thousand supporters who gathered in front of Hsieh's headquarter office in Taipei City, Hsieh and his running mate Su Tseng-chang (蘇貞昌) joined the brigade and marched around Taipei City. Their final stop was Zhongshan Soccer Stadium, where a concert featuring thousands of people singing together was held in a bid to console families of the victims of the 228 Incident.
Hsieh called for unity between all ethnic groups in Taiwan, and said that always protecting Taiwan's freedom would best console those affected by the 228 Incident.
Hsieh's camp estimated that 100,000 people took part in the concert, and that 20,000 candles were lit inside the stadium to pray for peace and blessings for Taiwan.
A concert was also held yesterday night at "The Wall" in Taipei, where a rock band from the Czech Republic called "The Plastic People of the Universe" played live. The band called for a greater understanding of transitional justice and human rights in Taiwan.
The Kuomingtang party also arranged a series of memorial activities. KMT members participated in a memorial service held in Chiayi City, attended an evening concert held at Taipei City's Zhongshan Hall and appeared at a nationwide blood donation drive.
KMT presidential candidate Ma Ying-jeou (馬英九) grabbed local media headlines at the Chiayi memorial service when he said that the KMT leader during the time of the 228 Incident was corrupt and incompetent.
Ma added that an apology and acknowledgement of wrongdoing would simply not be enough, saying that people must remember the 228 Incident so that mistakes are not repeated.
Ma said that if he is elected as president, he would pen biographies about the victims of the 228 Incident and engage in relevant research.
Ma's camp said that it launched a nationwide blood donation campaign to urge the younger generation to donate blood as a symbol of showing love for Taiwan.
On February 28, 1947, KMT authorities took violent action against an anti-government uprising, which resulted in the death of thousands. Many others mysteriously disappeared while others were imprisoned in the wake of the 38-year-long White Terror era, a period which was triggered by the incident.
Renowned former DPP Chairman Lin I-hsiung (林義雄), who lost his mother and two twin daughters after a bloody murder at his residence exactly 28 years ago on February 28, yesterday participated in a church memorial service and said that it was a good thing that the KMT was beginning to reflect on its actions during the 228 Incident.
The murder case on Lin's daughters and mother remains unsolved since its occurrence on February 28, 1980.
Despite the fact that both the DPP and KMT staged island-wide memorial services, concerts and rallies to commemorate the 228 Incident, some family members of victims of the incident were quoted by the local media as saying that politicians should not use the 228 Incident for political gain.