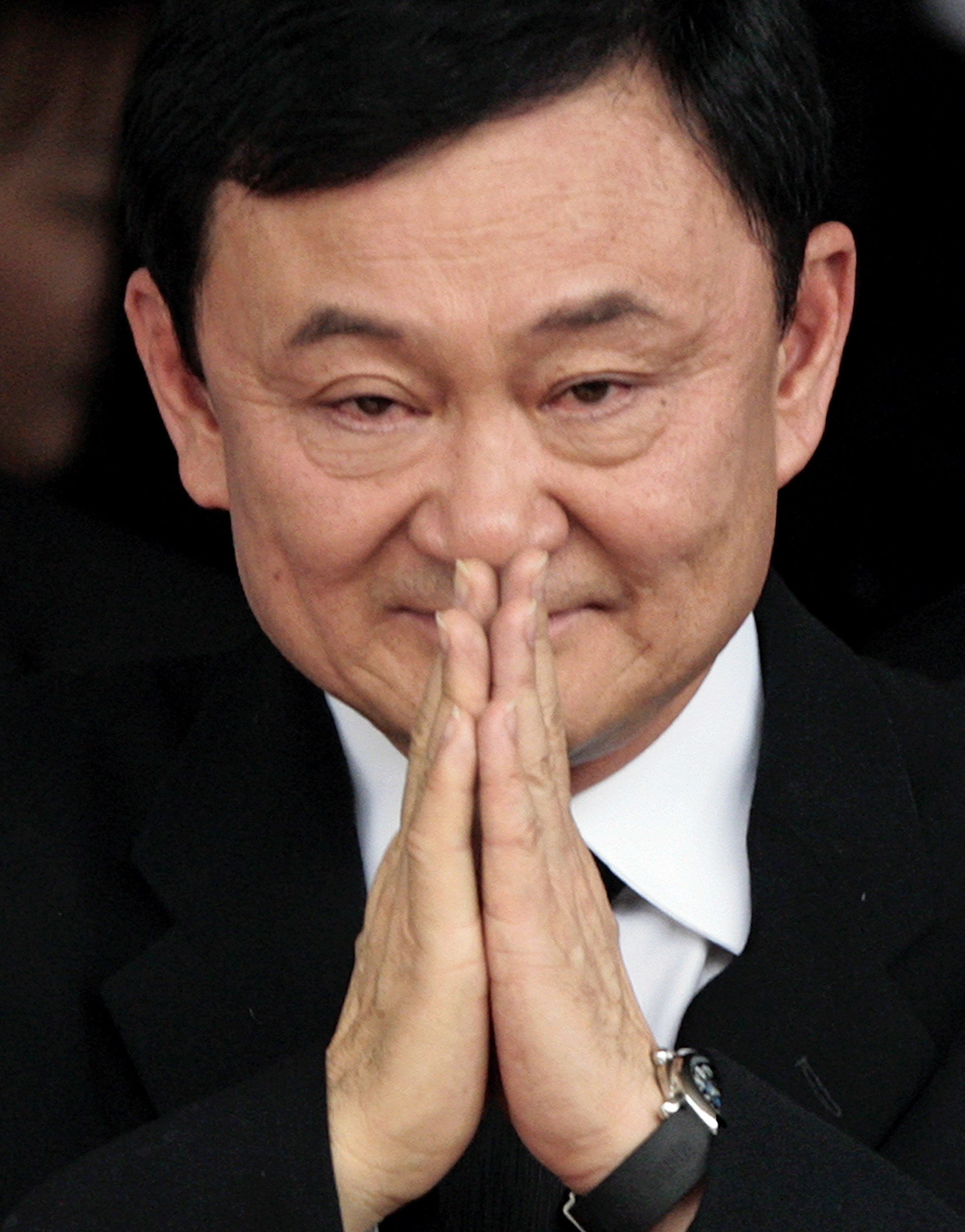 Deposed Thai Prime Minister Thaksin Shinawatra returned yesterday from 17 months in exile to face corruption charges, receiving a hero's welcome from supporters and vowing to restore his reputation following his ouster in a coup.
Police briefly took the 58-year-old billionaire into custody after he arrived at Bangkok's international airport on a Thai Airways flight from Hong Kong, and brought him before a top court where he was immediately released on bail.
While he could face up to 15 years behind prison bars, Thaksin's return was a triumphant re-entry to the center stage of Thai politics despite efforts by the country's most powerful institutions, including the military, to keep him at bay.
He has pledged to stay out of politics, but his critics don't believe him and say he already has been exerting influence from behind the scenes.
Just hours after arriving, Finance Minister Surapong Suebwonglee said that government would consult Thaksin, who is legally banned from all political activity for five years, for economic advice.
"I don't want to be involved in politics any longer. I want to live peacefully with my family and die in this motherland," Thaksin said.
He said he did not return to Thailand after the coup in order to allow for healing in the country. But following the recent return to democracy, "I have to come back to restore my reputation and fight for justice in court."
Thaksin had tears in his eyes as he emerged from the airport's VIP room, where thousands of supporters erupted in cheers. The former prime minister knelt and touched the ground with his forehead, his palms pressed together in the Thai gesture of respect.