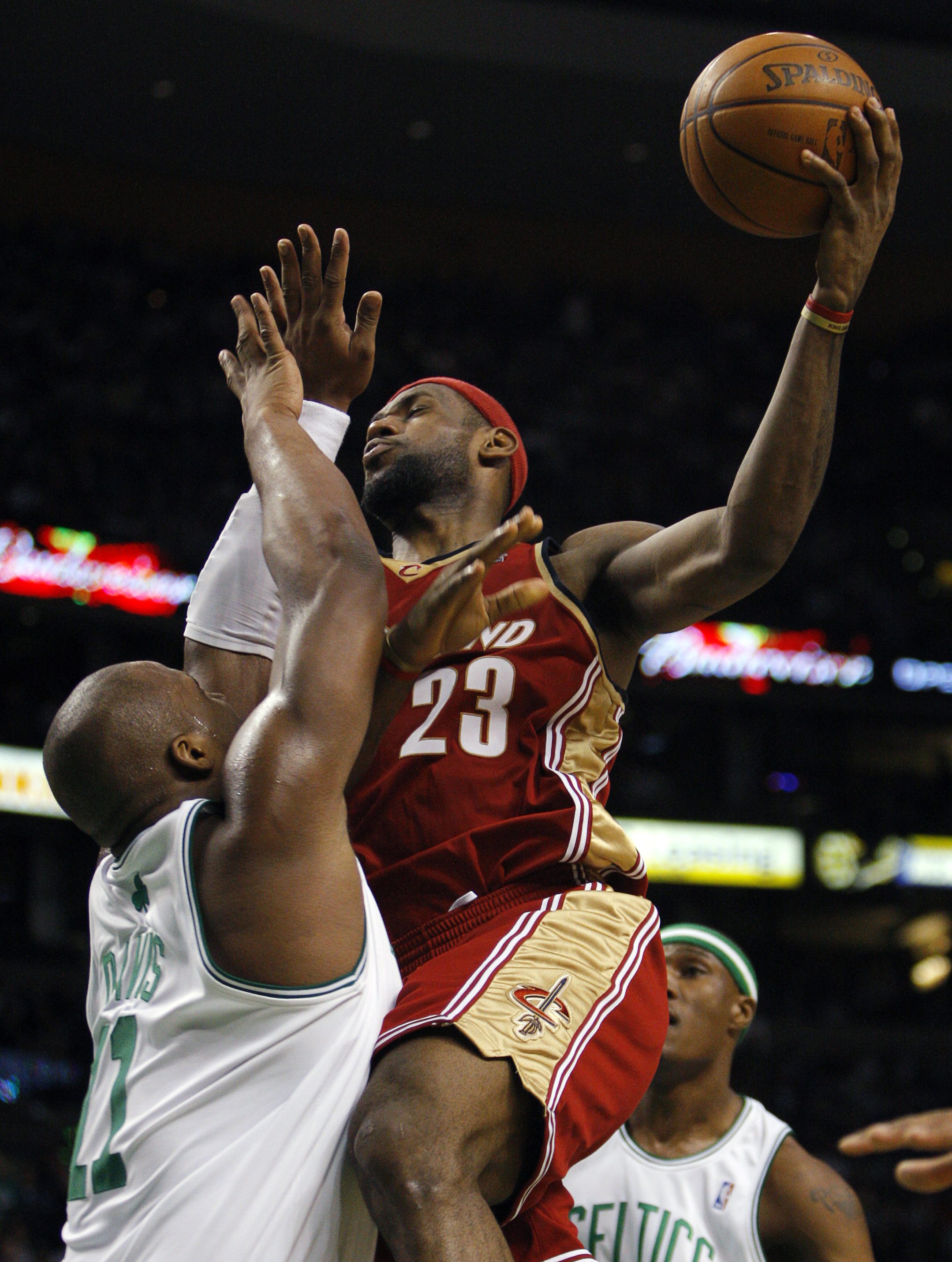 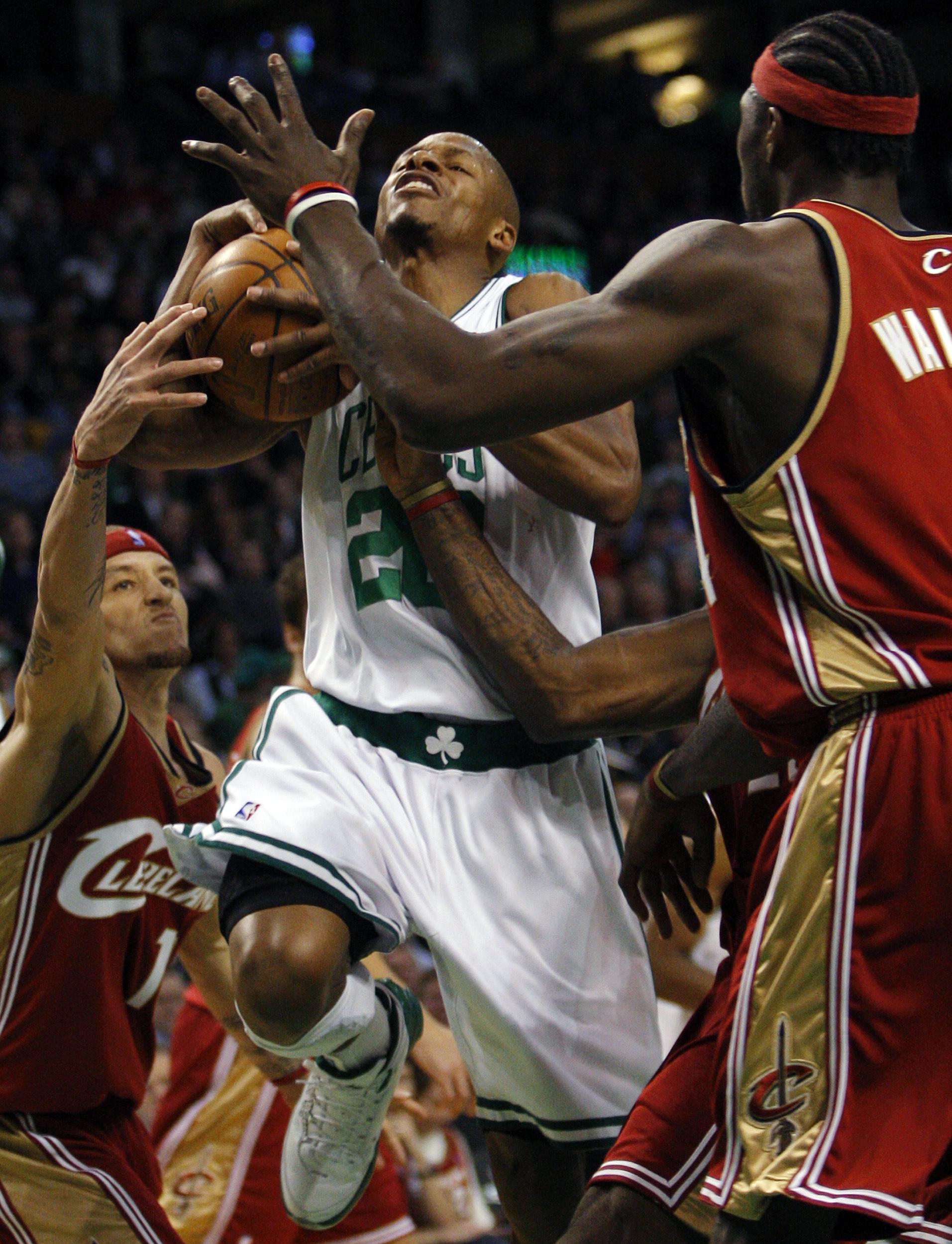 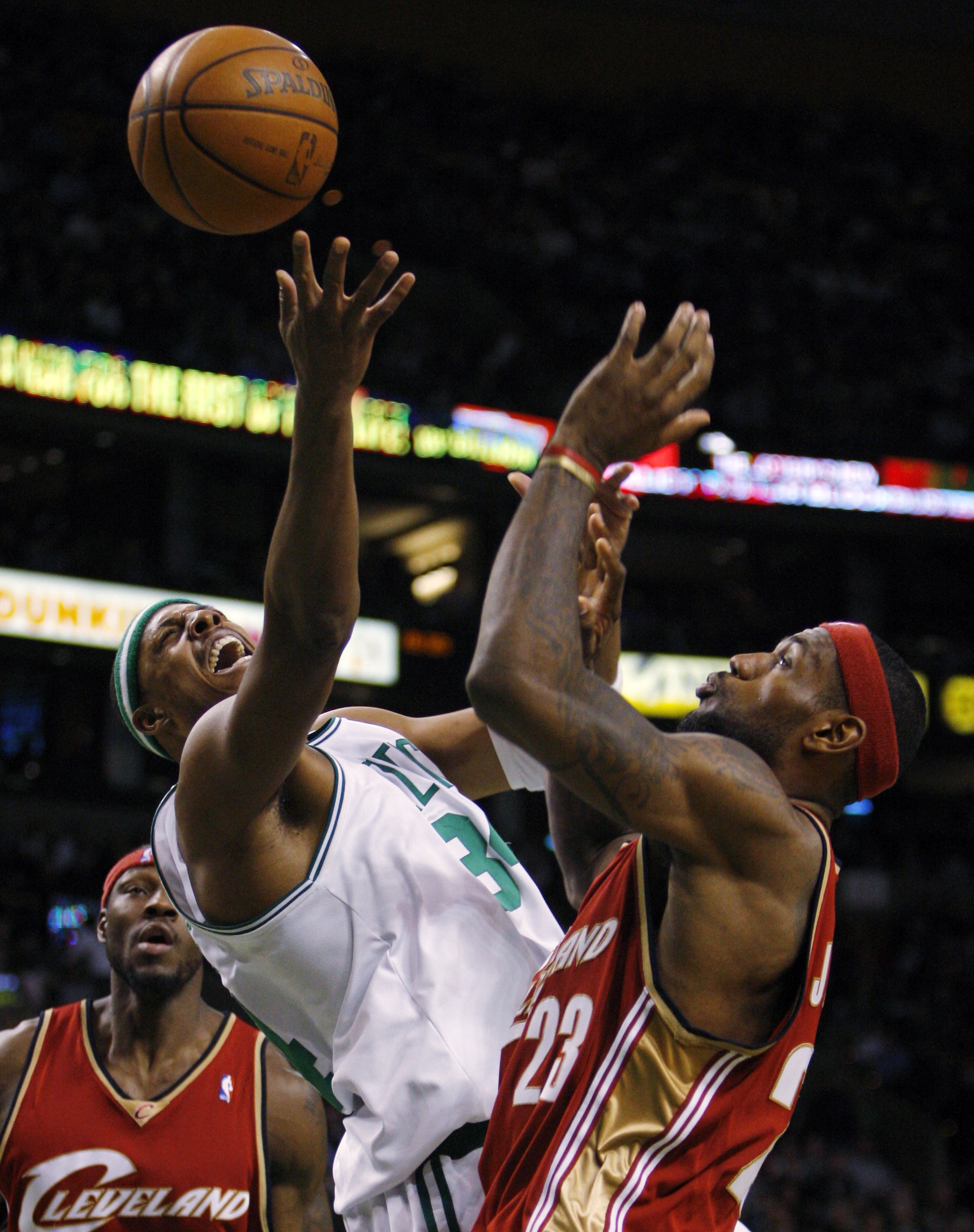 The Boston Celtics won their third straight game with a 92-87 triumph over the Cleveland Cavaliers on Wednesday, the NBA leaders charging to victory on the back of 22 points from Ray Allen.
Boston improved to a league-best 44-12 with the win as Kevin Garnett chipped in with 18 points and 11 rebounds to help the Celtics overcome a milestone performance by Cleveland's LeBron James.
Despite suffering a sprained ankle that forced him out of the game with 4:24 left in the first half, James returned in the second half to amass 26 points that allowed him to become the youngest player in NBA history to reach 10,000 points.
After X-rays on James' ankle indicated no serious damage, the Cleveland forward returned but was unable to rally his team past the Celtics, who were opening a five-game home stand.
The Cavaliers trailed by double-digits for most of the game and only got close in the final minute as the Celtics evened their season series at 2-2 against the defending Eastern Conference champions.
Building a new winning streak after losing three straight games, Boston shot 52 percent to just 38 percent for the Cavs, and got a 13-point performance off the bench from Leon Powe. Paul Pierce added 12 points for the Celtics.
Delonte West added 20 points for the Cavaliers, while Wally Szczerbiak had 12 points and Zydrunas Ilgauskas pulled down 12 rebounds to go with his eight points.
Heat skid ends
The team that has been in the dark most of this NBA season picked a day in which much of South Florida suffered power outages to finally see the light.
The Miami Heat, still languishing with the league's worst record, stopped an 11-game losing skid Tuesday with a 107-86 victory over the Sacramento Kings. Miami had been reeling while losing 26 of 27 games.
"I know we have had it in us," coach Pat Riley said. "I don't know where it has been, but tonight we played extremely well. We played a complete game for 48 minutes."
The victory was so complete, it didn't really take all 48 minutes to carry out. By the time Shawn Marion and Dwyane Wade came out of the game for the last time with 5:16 remaining, the lead was 98-75 and the game was already decided.
"It's good to come out of a game with five minutes to play because you're winning," said Wade, who did not need to carry his team, as usual, but just missed a double-double with 15 points and nine assists.