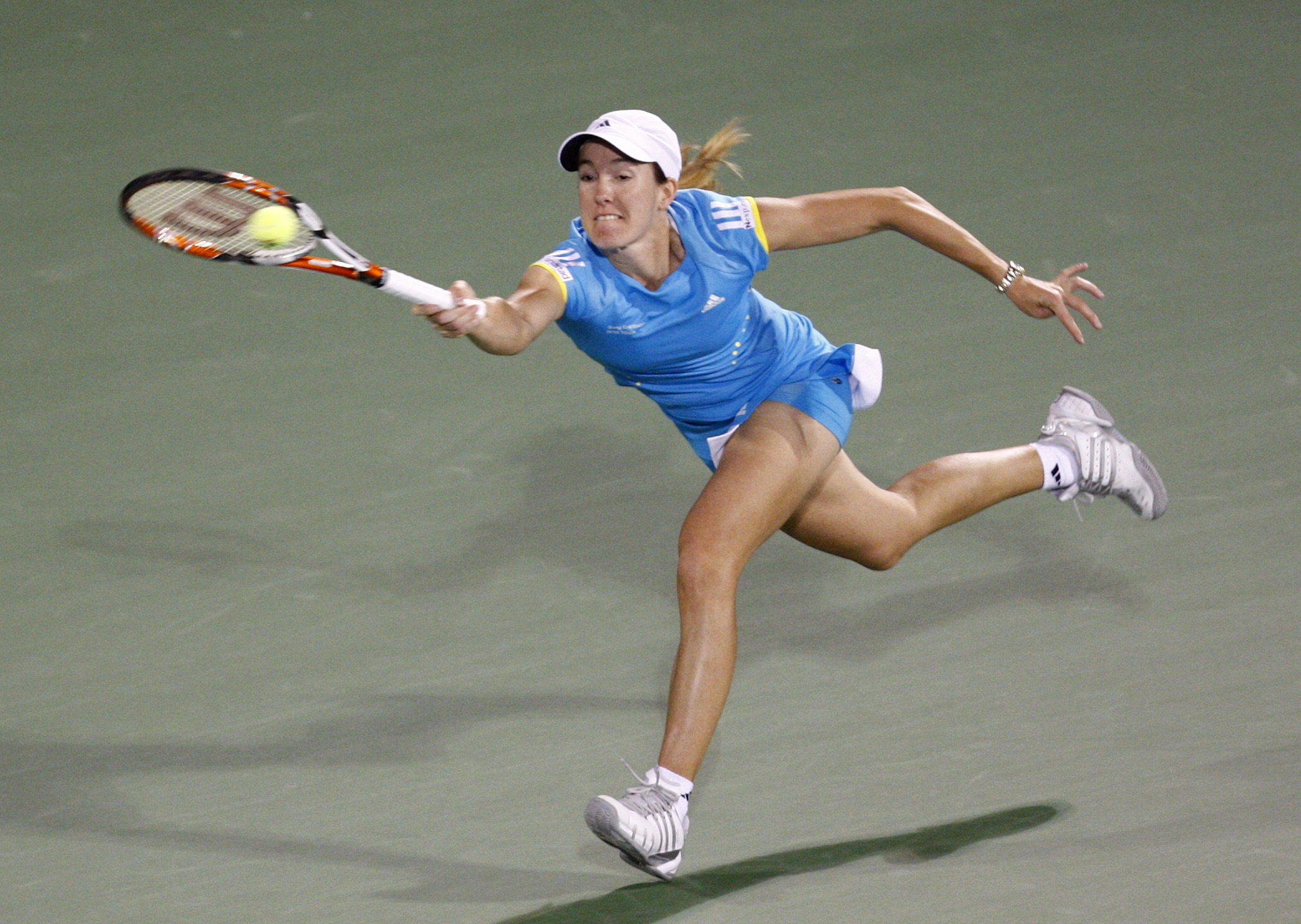 Justine Henin needed three hours to overcome plucky Slovenian qualifier Katarina Srebotnik, preserving her unbeaten record at the Dubai Championships with a 7-5 6-7 6-3 victory on Wednesday.
Despite the length of the match, the top seeded Belgian was never in danger of losing the match, instead four times coming within two points of victory in the second set tiebreak before losing it 8-6.
"That's the kind of match I need," Henin said after reaching the quarter-finals. "I thought she played well and she was really in confidence after winning a lot of matches in the last few days.
"In the third set I felt much better on the court, the best I've felt in the last few weeks. It's been a long match but it's probably what I need now and I'm very happy I came through tonight."
Srebotnik did everything well, making few unforced errors and rallying on equal terms with Henin.
The Belgian needed seven set points to secure the first set, led 3-1 in the second before Srebotnik levelled at 3-3, and she remained under pressure in the third as Srebotnik held two break points to lead 3-2.
Only when Henin survived that threat and broke for 4-2 with an exquisite crosscourt backhand did the probable outcome become clear.
Jelena Jankovic was also stretched to the limit before edging past India's Sania Mirza, the fourth-seeded Serb needing two hours 14 minutes to win 4-6 6-3 6-4.