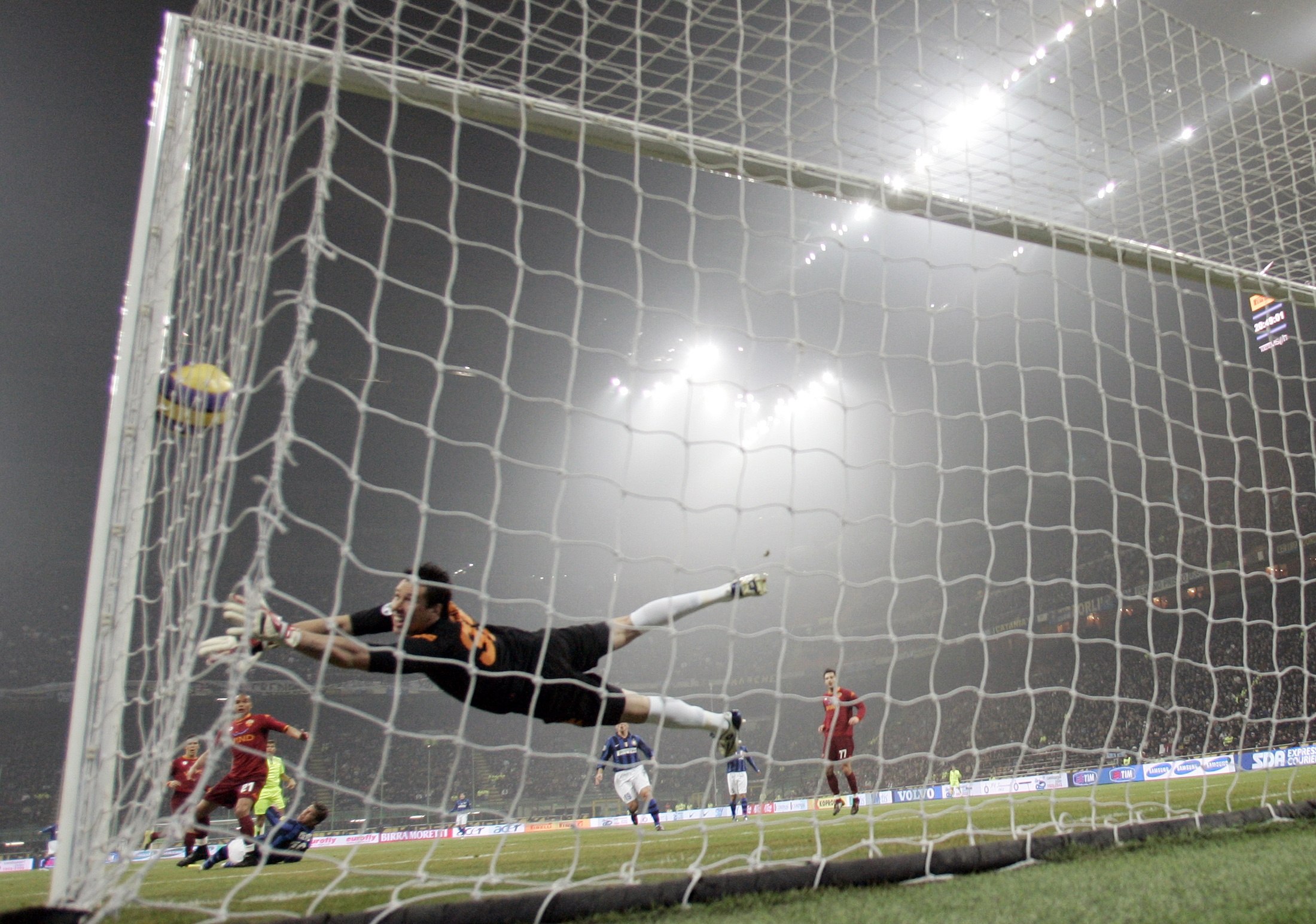 Inter Milan coach Roberto Mancini couldn't contain his joy after his side scraped a 1-1 home draw against AS Roma to maintain their nine-point lead at the top of Serie A.
Francesco Totti gave Roma a deserved first-half lead with a near post flick from a sumptuous left-wing cross from Max Tonetto.
Inter were reduced to 10 men just past the hour mark after Brazilian left-back Maxwell was stretchered off just moments after Mancini made his third substitution.
But following the late and harsh dismissal of Roma's French center-back Philippe Mexes, Inter captain Javier Zanetti rifled home a right-foot volley two minutes from time to earn a share of the spoils the league leaders didn't deserve.
It means they still lead Roma by nine points at the top with Juventus, who drew 0-0 at home to Torino in the Turin derby on Tuesday, third a further four points back.
"It's a draw that's worth a victory for the way it was earned," Mancini told Sky Sport.
"Totti scored with their first chance on goal and then that shaped the course of the match. It was very difficult for us with 10 men."
Roma coach Luciano Spalletti was livid with the sending off of Mexes, whose second booking looked ridiculously harsh.