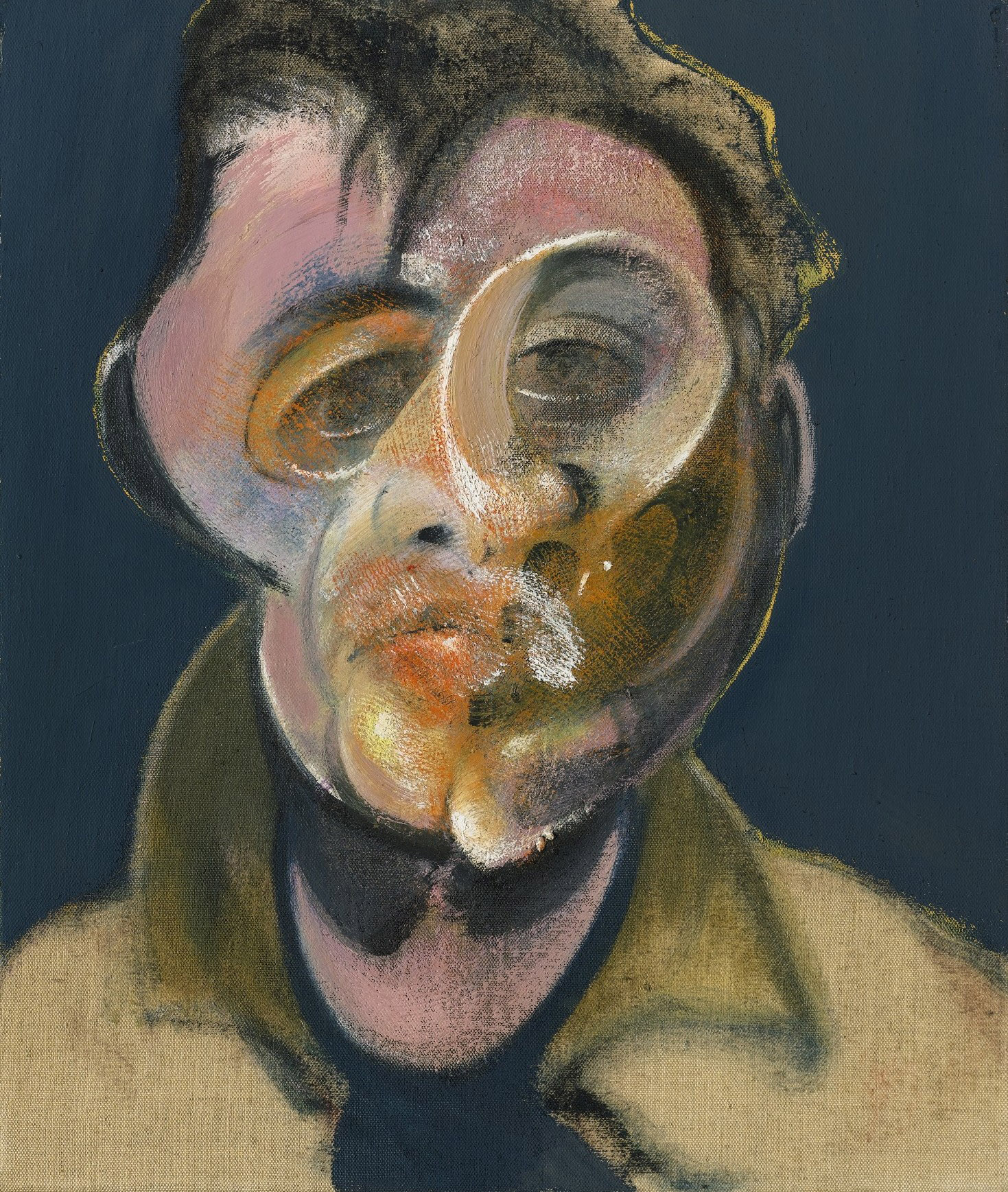 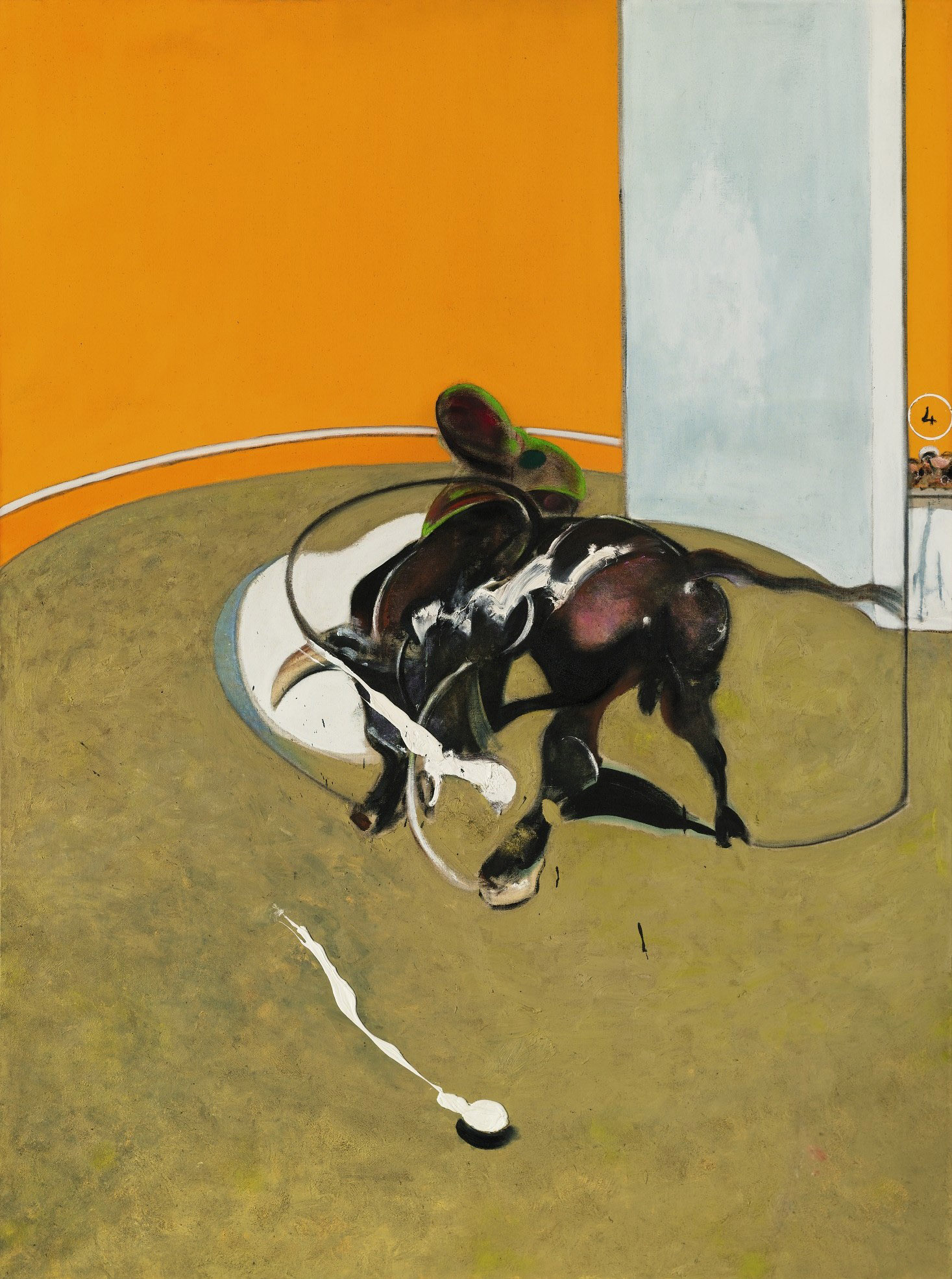 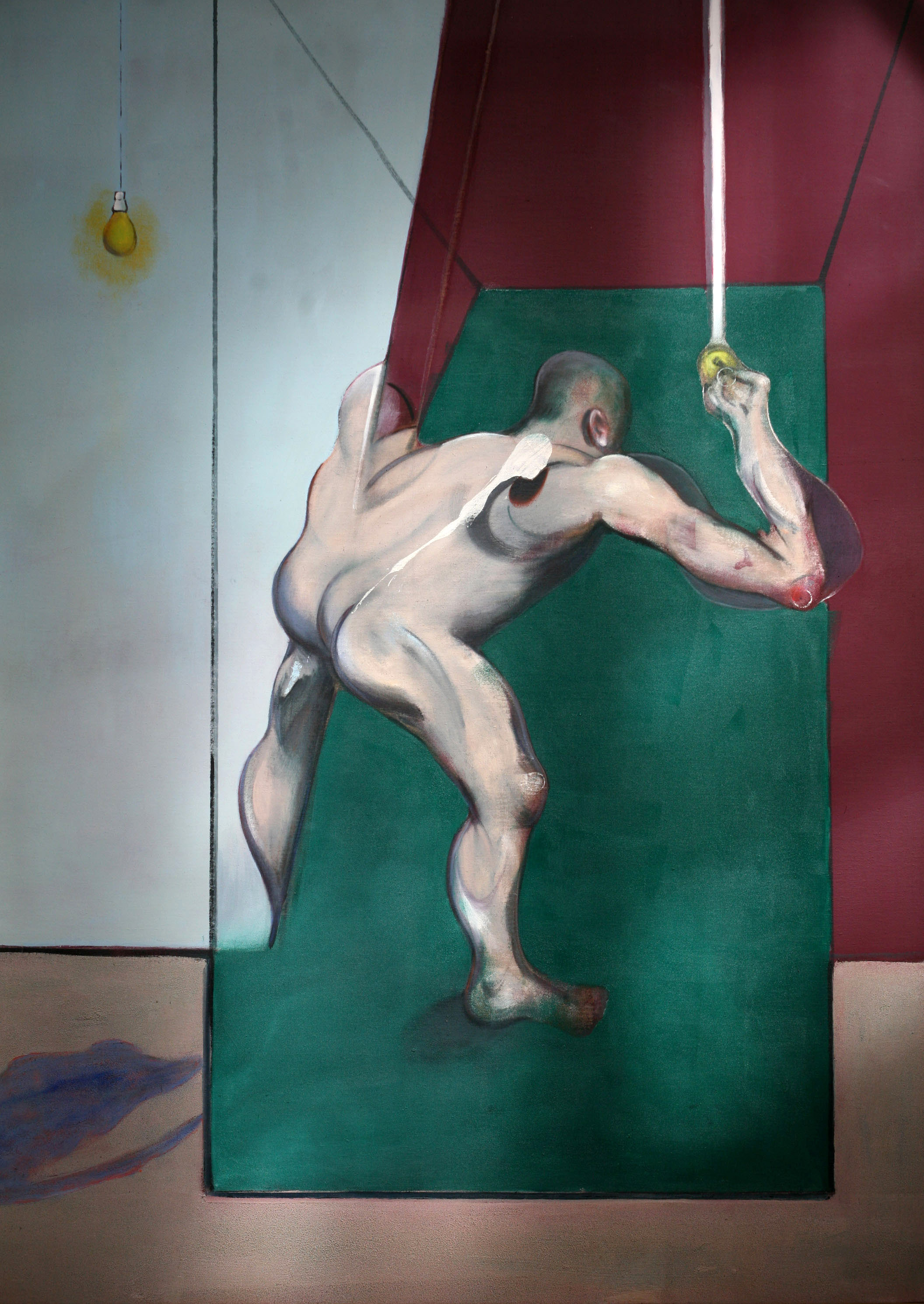 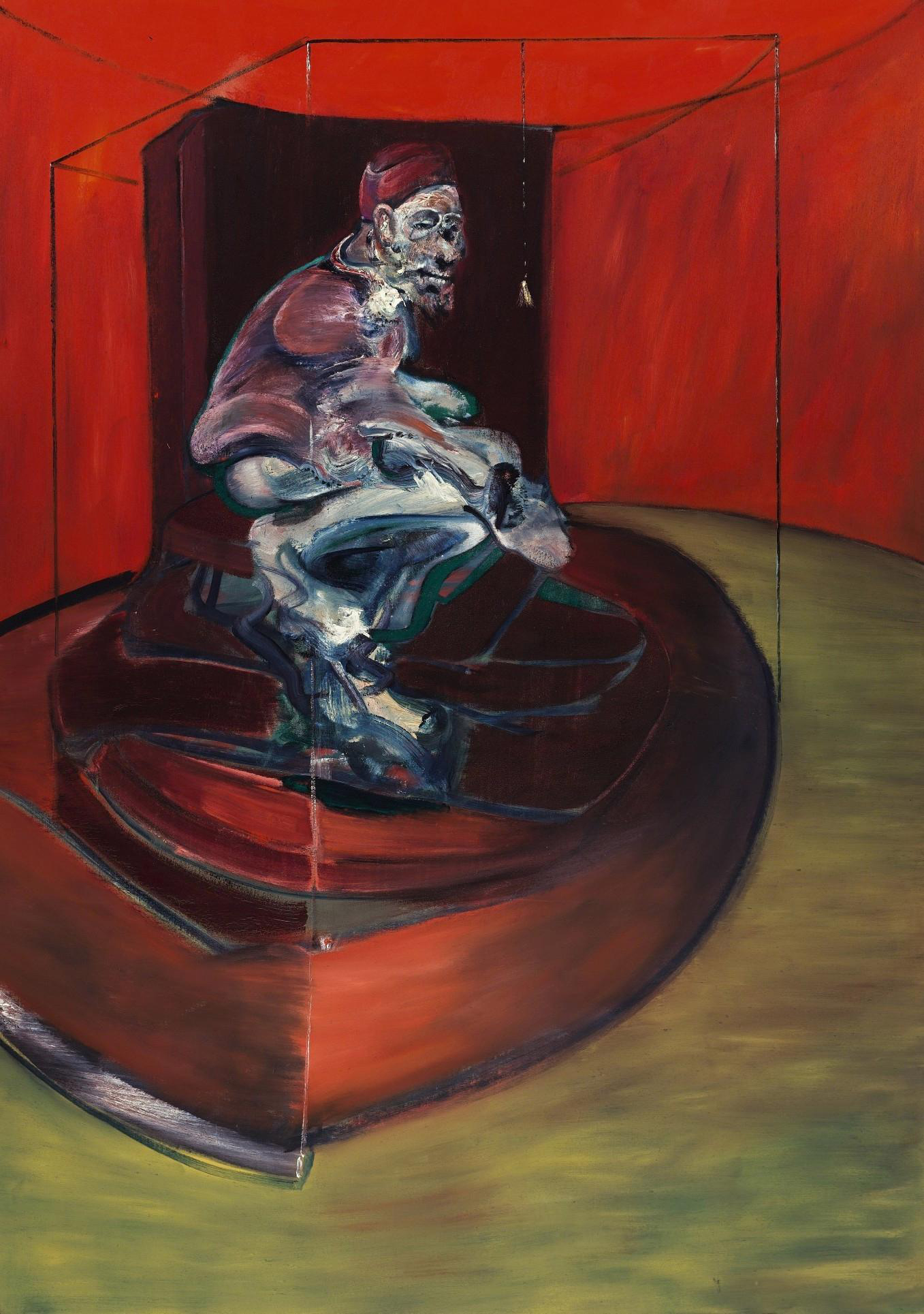 A Francis Bacon painting of a female nude sold for 20 million pounds (US$39.7 million) including fees last night in London as Sotheby's completed Europe's biggest contemporary-art sale.
The Bacon, the auction's top lot, missed its lower estimate, while paintings by Gerhard Richter and Lucio Fontana set records and a Lucian Freud nude was among the offerings that didn't sell.
"The gap between the A-plus and the average is getting wider," said New York art agent Philippe Segalot. "That's as it should be. A selective market is a healthy market."
The sale, held at a time of growing concern about a recession in the U.S. and a slumping dollar, was a second test of demand for contemporary-art in London this month.
Bacon's "Study of a Nude With Figure in a Mirror" (1969), which depicts the artist's friend and model Henrietta Moraes, sold to a European private collector bidding on the telephone. The hammer price of 17.8 million pounds was below the forecast of between 18 million pounds and 25 million pounds. The hammer price doesn't include commissions.
The anonymous seller was guaranteed a minimum amount near the low end of the 2-meter-high canvas's estimate, said Sotheby's.
The price is the fifth-highest at auction for Bacon, said saleroom-result-tracker Artnet. The painting had come up for auction before, having failed to sell at Sotheby's in December 1992, against an undisclosed estimate, Artnet said.
The Bacon record is US$52.7 million in May 2007 at Sotheby's, New York, for the 1962 painting "Study From Innocent X." In just over a year, nine Bacon works have sold for more than US$15 million each. On February 6, Christie's International sold "Triptych 1974-77" for 26.3 million pounds including fees, also below estimate.
Sotheby's 70-lot auction last night raised 95 million pounds with fees, against an estimate of 72 million pounds to 103 million pounds. The total was double the 45.8 million pounds with fees at Sotheby's equivalent sale last year, when 81 percent of the works offered sold.
Eighty percent of lots found buyers, with 46 percent selling above the estimate with fees. Sixty-four percent of lots sold to buyers from Europe, 30 percent to the U.S., four percent to Asia and two percent to "other" regions, said Sotheby's.
"Quality made the difference," said Segalot. "There are people prepared to pay top prices for A-plus works, and there were A-plus works tonight." He paid 10.2 million pounds, or 11.4 million pounds with fees, for Andy Warhol's 1986 "Three Self-Portraits," against an estimate of 10 million pounds to 15 million pounds. The three 40-inch-square silkscreens, painted a patriotic red, white and blue, had been bought by the seller from the Anthony d'Offay Gallery, London, the day before Warhol died in 1987.
Segalot also bought a 1963 gold-glitter, oval-shaped "Fine di Dio" painting by Fontana, estimated at 4 million pounds, for a record 10.3 million pounds with fees. The 1.78-meter-high canvas was part-owned by Sotheby's, according to the catalog. Segalot declined to identify the client he was representing.
"Estimates are irrelevant in the 20th-century masterpiece market," said Tobias Meyer, Sotheby's worldwide head of contemporary art. "There is a global community looking for truly great works of art."
Among five other artists achieving records was Richter. His 1983 painting, "Kerze (Candle)," featured on the cover of Sonic Youth's 1988 album "Daydream Nation," sold to an American private collector by telephone for 7.1 million pounds, or 8 million pounds with fees. That was more than quadruple the low estimate of 1.8 million pounds.
Conspicuous among the 14 unsold lots was Freud's 2001 nude "After Breakfast," also part-owned by Sotheby's, which had an estimate of 1 million pounds to 1.5 million pounds.
Three out of 10 Chinese contemporary works valued at a record 7 million pounds to 9.8 million pounds failed to sell, including Yue Minjun's 1994 canvas, "Overwhelm," priced at 1.2 million pounds to 1.8 million pounds. Zhang Xiaogang's 3-meter-wide 2001 canvas, "Big Family No. 1," from the artist's "Bloodlines" series, was among four guaranteed Chinese works entered by the French collector Marcel Brient. All sold within estimate, the Zhang clinching a lone commission bid of 1.7 million pounds with fees.
In January, a survey commissioned by the European Fine Art Foundation, organizers of the Tefaf fair in Maastricht, the Netherlands, said that from 2003 to 2006 the value of Chinese contemporary-art sales had increased almost 100-fold from 889,000 euros (US$1.26 million) to 88.4 million euros.
"Chinese art has seen some explosive increases in price in recent years," said Cheyenne Westphal, Sotheby's European chairman of contemporary art. "Now the growth is reflected in the estimates. It has reached a certain level."
On February 6, Christie's contemporary auction totaled a low-estimate of 72.9 million pounds with fees. The selling rate of 69 percent was the lowest seen at Christie's, London, since June 2003. Warhol and Richter were among the artists who failed to achieve seven-figure estimates.
On Feb. 26, Sotheby's said that contemporary art was the biggest contributor to its auction business in 2007. Sales totaled US$1.3 billion, doubling the figure for 2006.
Westphal last month said in an interview that the auction house's strategy was to pursue desired works that command high prices and to keep estimates "attractive" on other lots. "We're in a climate where we have to prove ourselves," she said.
Scott Reyburn writes about the art market for Bloomberg News. Any opinions expressed are his own.