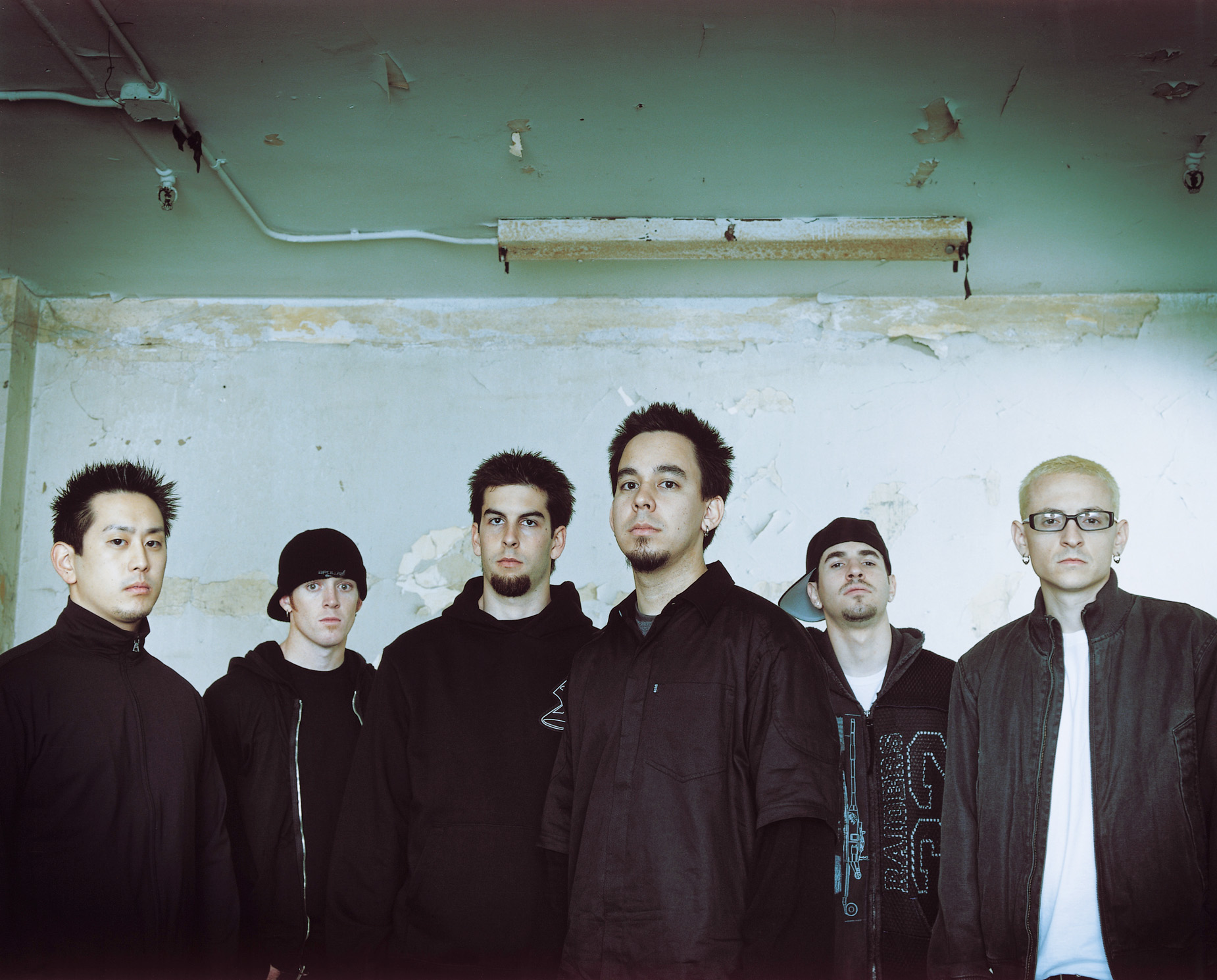 It's conference-call time.
On one end of the line, waiting for the telephone festivities to start, are the two frontmen for the multiplatinum, rap-rock, nu-metal, what-have-you band Linkin Park: singer Chester Bennington and rapper-emcee Mike Shinoda.
On the other are a pack of ravenous journalists, selfish predators that we are, each hoping to get in at least one question during the mass interview's allotted 30 minutes.
Not exactly the ideal setting for a talk - and Linkin Park has a ton to chat about (or not) of late, from a well-publicized squabble and potential lawsuit with its record label, Warner Bros., to a collaboration with Rick Rubin, the star producer who has overseen records for Johnny Cash, Red Hot Chili Peppers, Tom Petty, Dixie Chicks, Neil Diamond and a dozen or so other stylistically diverse notables.
The setting has all the potential of a scrappy bar fight, except that nobody can see one another. When the session turns out to be orderly, the Linkin Park men seem almost disappointed.
"I thought it was going to be a free-for-all, with everybody talking at the same time," Bennington says.
"That's what I was hoping," Shinoda says.
The first half of the conference call proceeds with few hurdles and even fewer revelations. Bennington and Shinoda are asked about everything except their music: How do you select your opening acts? What do you think of the new digital/downloading musical age? Are you giving tickets away for military personnel and their families again?
Dreaded words
Finally, a reporter from Minneapolis brings up the dreaded words: Warner Bros. The air over the telephone lines - if there is such a thing - tightens. The promotional stance that the vocalists had been taking retreats, and the overall mood tenses a bit.
"We voiced our concerns back then," Bennington says in a polite but affirmative tone. "I don't want to get back into it at all."
Get back into what? Well, here's the deal. Since 2000, Linkin Park has sold roughly 50 million records worldwide. The band's first two studio albums, "Hybrid Theory" and "Meteora," were loud, angst-filled affairs that mixed arena-rock bravado, metal and rap with an accessibility that, at times, was downright poppish. They accounted for most of the big numbers. Then, when cost-cutting measures were implemented at Warner Bros. - specifically the Warner Music Group - Linkin Park sought release from its contract. Litigation seemed all but inevitable.
"Linkin Park has become increasingly concerned that WMG's diminished resources will leave it unable to compete in today's global music marketplace, resulting in a failure to live up to WMG's fiduciary responsibility to market and promote Linkin Park," the band said in a statement in May 2005.
But by year's end, peace was declared. No real terms of the treaty were disclosed. But Linkin Park remained with Warner, and work on a third studio album was to commence.
The questions Linkin Park then faced were these: What musical direction should the new record take, and what producer should be enlisted to guide it? Once Rubin was brought on board, an answer to the first question became even more vital.
"Rick asked us, 'What kind of record do you want to make?' Shinoda says. "All six of us were like, 'Pretty much something totally different.' He was like, 'Good, because that was what I was thinking.'"
Hard work
So the members of Linkin Park - Bennington, Shinoda, guitarist Brad Delson, bassist David "Phoenix" Farrell, drummer Rob Bourdon and turntablist Joe Hahn - wrote. And wrote. And wrote. When they had what Bennington terms "100 bazillion songs," Rubin went to work. What resulted was a more streamlined, less rap-savvy album called "Minutes to Midnight."
David Fricke of Rolling Stone magazine, in a four-star review of "Minutes to Midnight," summed up the album and the pop age surrounding it in two sentences: "Rap rock is dead. Linkin Park are not because they were always more than the meager sum of that combination."
Says Bennington: "We knew in our hearts that we wanted to make a record that was going to be a turning point for us, a kind of revamping (of) the band creatively and intellectually.
"We went in and did it. We took our time and we exhausted every avenue. We blazed new paths and tried new things. It was great. It was a great experience. And I think 'Minutes to Midnight' speaks for itself because of that."